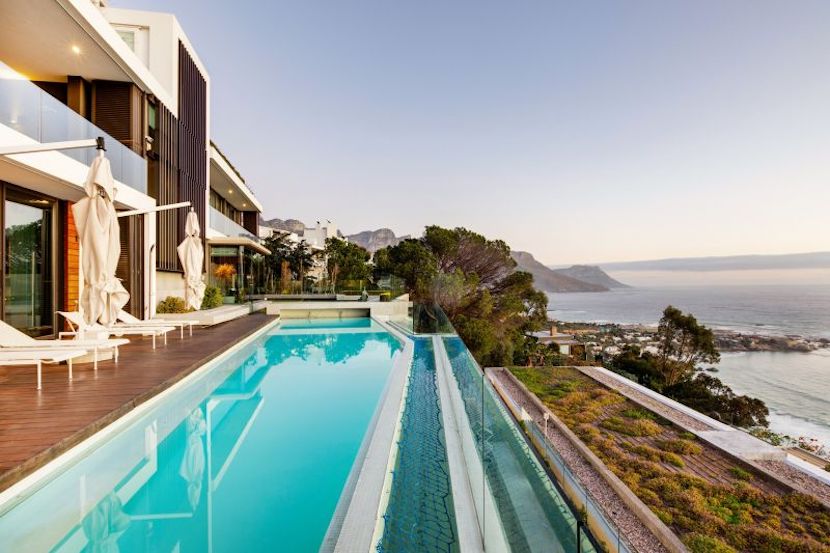 A designer Clifton home boasting some of the best views in Cape Town is on the market for R200m. 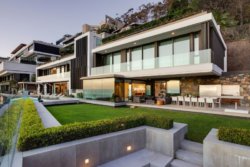 The luxury villa is located on Nettleton Road, SA’s most expensive street with selling prices averaging between R150m-R200m.

According to Jo Lombard, Seeff Atlantic Seaboard luxury market specialist, the property is marketed as ‘price on application’. However, the seller is looking to get around R200m for the property.

“Whether this can be achieved in the current market remains to be seen. If R200m is achieved, it would be the most expensive Clifton home ever sold,” says Jo Lombard.

He says properties of this nature rarely become available, pointing out that the market has responded favourable to the listing.

“Buyers of properties in this price range are mainly foreigners, but we have had enquiries from local and high-profile buyers.”

According to Propstats data, the last highest price paid for property was 3 Nettleton Road – which sold for R120m in 2017.

Clifton villa sold for R120m. One of most expensive properties in South Africa., yet less than half of that spent on Nkandla compound upgrade.

Clifton is an affluent and exclusive suburb and home to high net worth individuals, and mostly foreigners. It offers an attractive lifestyle with its highly rated four beaches, unrivalled sea views and expansive homes, according to Wikipedia.

Located on a 1,481m2 plot, it is one of the widest plots in the road designed by Peerutin Architects. The firm is well-known for designing luxury homes in Clifton and sought after areas in Cape Town.

An expansive outside entertainment area with an infinity pool and one of Cape Town’s best views make this Clifton home appealing.

According to Lombard, Clifton has been quiet with only about three sales in 2020. “This is not surprising given its exclusivity resulting in over a handful of sales annually. Luxury apartments with views however continue to be popular with buyers.”

Cape Town’s Atlantic Seaboard is home to four expensive streets to buy property in SA, according to New World Wealth.

Most expensive streets in South Africa

Lombard says the busiest price bands in the luxury areas are Fresnaye and Bantry Bay for houses below R10 million.

Read also: Inside Africa’s most expensive home: R290m for a piece of Cape Town

Covid-19 international travel restrictions have resulted in many foreign investors being unable to view the properties they have enquired on.

“Despite increased interest, sales volumes and sales prices in the luxury market has reduced considerably compared to 2019.”

He says it is currently a buyers’ market in the top-end of the Atlantic Seaboard. “More than ever, buyers are looking for a value proposition.”

This Clifton home is well-located, and property prices have seen significant growth during the last economic growth phase,” he adds.