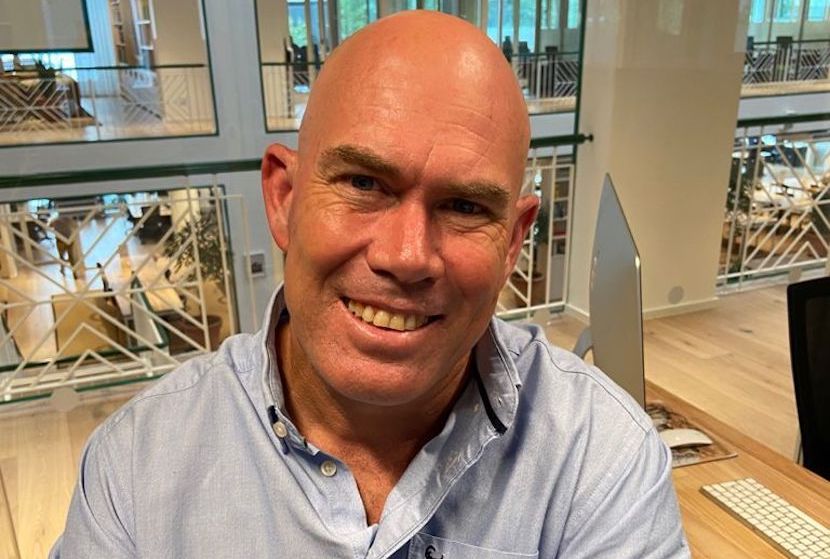 Third World Child GG Alcock uniquely straddles the First and Third Worlds courtesy of being brought up in a mud hut by political activist parents in the dirt-poor Msinga district in rural KZN. His unique insight into our civil society and the unrest currently raging in South Africa is therefore unparalleled. Alcock believes that what’s happened in parts of South Africa over the last few days is a reflection of divides in our country, not between races, but between the haves and the have nots. While many theories that the uproar was planned have been floated, Alcock argues that – while the spark that lit the unrest may have been planned – the fire was completely unplanned. Alcock has been on the community-banded frontlines in and around Diepsloot since Monday. It is precisely this ‘standing up for themselves’ that Alcock believes ‘is one of the strengths that is going to be the future of our country.’ Fascinating as always. – Nadya Swart

GG Alcock on whether the violence raging in Gauteng and KZN is surprising:

Well, yes, I think it is a surprise on the one hand in the sense of how it’s arrived. But, yeah, I was thinking back to when we first chatted around lockdown when I said that the problem is that certain communities just cannot sustain lockdown – just in terms of survival and stuff. And that there’s a breaking point at some stage, particularly where livelihoods are impacted and informal livelihoods, where in many cases people who were formerly employed managed to receive some sort of income. And this has really impacted particularly the lower income people. And I think that what’s happened over the last few days has been very reflective of the kind of divides in our society.

And I hear this rubbish about racial wars and all of that kind of crap. I don’t see anything like that. In fact, I’m a member of the local community policing forum and I’ve spent the last two days and nights doing back up in places like Diepsloot and Olievenhoutbosch and the surrounding townships and residential areas. And it’s certainly not a racial issue. I mean, certainly the group that I’m part of is very white, but when we’re going into places like Diepsloot, we’re meeting residents associations and black community associations and township taxi associations who are saying, ‘Enough’s enough and this is not acceptable.’ And so the real divide is in essence between the haves and the have nots across racial divides. And then again, I mean, if you look at it, I think Cyril was correct around the kind of tribal nature of this.

If you look at where – and I’m going to focus on Gauteng, because that’s where I’m based and that’s where a lot of my network [is] that I’ve been chatting to and going to – the townships in Gauteng in the last week or so. But if you look at Gauteng, where’s all this stuff happened? It’s happened in the vicinity of Zulu hostels, Vosloorus – a big Zulu hostel – Katlehong Thokoza was always famous for the Zulu hostels there in the late 80s when there was a lot of kind of – what they used to call – the black on black violence. Mamelodi Mall was trashed the other day right next door to the Mamelodi Men’s Hostel. Dobsonville in Soweto, next to the Dobsonville Hostel. Or it’s close to shack settlements.

In Diepsloot there are two major malls. The one mall was completely untouched and not even approached. And it’s on the southern side. And the Bambanani Mall, which is right next to a shack settlement, had a raging war on Monday night. I was in the vicinity and it was gunfire and flames. So I think it’s [to] a large extent reflective of the divides of our economic classes. And Zuma was a spark to many of the Zulu. And I see (kind of aside) a split between ethnic or tribal Zulus and cultural or, you know, Zulus who are urbanised, who are much more cultural versus the kind of tribal Zulus. And so within Soweto, you’ll have the Zulus who are very tribal and ethnic and you’ll have the Zulus who are born and culturally Zulu.

On the opinion of many liberal South Africans that the divide between Zulus doesn’t exist:

Rubbish. It exists very clearly and I mean, look at downtown Johannesburg – the hostels. I spent years in those places. They still strongly, strongly Zulu and the areas around them have been dominated by tribal Zulus, rural Zulus, if you want – who again, are very different from many of the urban Zulus in the sense that they come from very low, much lower economic levels. So what has happened is that the frustration of lockdown, lack of alcohol – I mean, look at how many people have been looting the bottle stores, I think they’ve got a lot of sympathy from you and I – running dry. But, you know, not to make light of the situation. The reality is that the looting has focused on malls and shopping centres, on bottle stores by surrounding poor communities. And it’s very – if you look at it on a more granular scale, the reality is that the trouble is happening right next door to low income communities.

And if you look in Soweto – I was chatting to one of my buddies in Soweto, Pimville in Soweto is one of the suburbs of Soweto, right opposite Maponya Mall. And Pimville is a very high to middle income community. And apparently the residents of Pimville surrounded Maponya Mall and said, ‘No way, no one’s coming to take away this mall. We’re not going to drive to Sandton.’ And then, you know, I live in the north of Johannesburg and right next door to Diepsloot. And as I said, we were out with the local community policing forum on Monday night around Diepsloot and we met up with the local community in a suburb opposite Diepsloot – which is a fairly, really nice middle-class, probably I’d say 99% black, I’m not sure. But it appears to be when you drive through the area.

And we met up at about 11 o’clock at night with these community guys who drove up to where we were parked. And we were in essence all white and they were in essence all black, and they came to say thanks for patrolling our area, but we’ve got this under control. They said there’s no way those guys are coming across from Diepsloot into what’s called Riverside – and we’re protecting our Shoprite. They said, ‘We’re not driving to Fourways in Sandton to go shopping – stuff these guys.’ So those are the stories not told. And then yesterday, there were pictures on our community policing forum of the residents associations in Diepsloot, taking the police from home to home and identifying people who looted fridges and lounge suites and stuff from the Bambanani Mall in Diepsloot – and they were arresting them and recovering the stuff.

So no one’s telling those stories, which is that actually normal, good middle class people are standing up against – in essence, and while I may feel sorry for them, I have no respect for it, you know – that poor people are literally going in organised groups, I must say. You know, there is a deliberate plan to attack a mall and surrounding it and attacking it from various parts to be able to penetrate the mall, helping themselves and running out of there. We have to see it in the context of both sides; where communities are standing up. And I believe this is one of the strengths that is going to be the future of our country.

On the theories that the uproar occurring was planned:

So my argument would be that the kind of spark was planned, but the fire was completely unplanned and that – in essence – the frustrations of lockdown, the economic impact of lockdown… But less the economic things – the frustration of lockdown, people are gatvol, you know? Gatvol of being locked down, of not being allowed to do their things. And I think that the spark that lit the flame is [that] it responded to this kind of massive frustration. And some of the blame is about – ‘Zuma never locked us down, Cyril Ramaphosa did lock us down.’ Having said that, I must also say that I’ve said for a while, and I believe it, that it’ll last for three or four days, five days. It’s a flash and it’ll be gone. And yes, the impact will remain.

But already last night in Diepsloot and Olievenhoutbosch, there wasn’t a gunshot fired. There was no drama. And part of it was that the police got to a point where they – I mean, the absurdity of it – ran out of rubber bullets and ammunition and had to ask for people like community policing forums and other people to help them, which is a shocker. I mean, that’s a whole other thing – the fact that the police hierarchy or management have not supported the guys on the street. I feel huge sympathy for them, that they’re told they’re not allowed to shoot. In some cases, I heard of police using private weapons to shoot back – because they knew that with their official weapons they’d get into trouble.

On whether the unrest occurring is a watershed moment for South Africa:

So, I’m not sure if it’s as big as a watershed, but I do think that [and] I believe that – to a large extent – it’s a growing level of people must stand up for themselves within the community and a kind of almost village-isation of society, where suburbs stand up for each other or for themselves. And I see a real positive in that. I mean, I saw it with my interactions with our local kind of forums in the sense of people who are suddenly banding together and standing up for things. And I think that that’s a very powerful, important thing.

And we often kind of expect that everything from service delivery to defense and security and so on is going to be provided by the state, and I think that the watershed in my mind is increasing absurdity of the fact, like education, where we create a parallel society which has the haves, who then look after themselves, and the have nots, who in essence struggle along with state kind of offering. And it’s not acceptable, but I believe that there’s going to be this growing civil society power growing from this. And that is a very important thing and absolutely – a very positive thing, because it’s unapologetic.