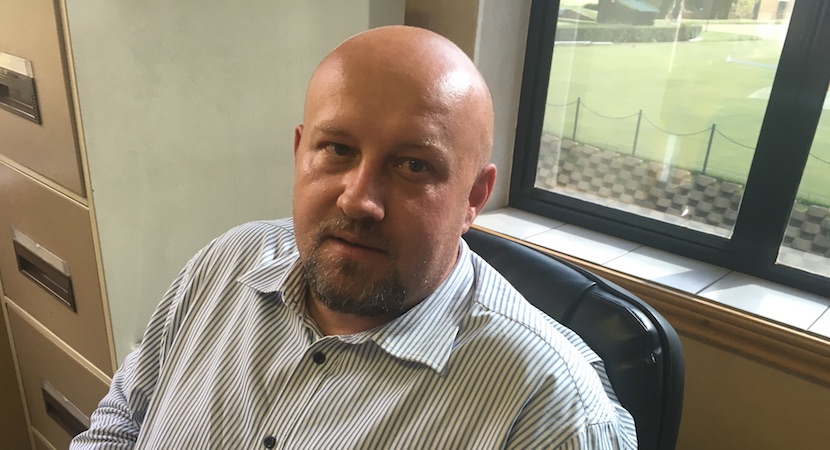 Outgoing CEO of the Institute of Race Relations Frans Cronjé joined Alec Hogg to unpack the violent anarchy that has tormented parts of South Africa. Cronjé has been warning South Africa about the prospect of what has happened over the last 72 hours. “Regrettably, we’ve got this call right,” he says. When asked what he sees happening in South Africa, Cronjé notes that “it’s straightforward. More than half of young people do not have a job. They wake up every morning, not sure of what the day is going to hold for them. They don’t have the dignity of labour and earning something. That’s a very powerful social force. Our schools are rubbish, frankly. About four in 100 kids will pass maths in high school – with a grade of 50% of higher.” – Jarryd Neves

By The Daily Friend

‘Very high levels of economic exclusion, failing schools, unchecked corruption, racial nationalist rhetoric from the government, inept and poorly motivated security forces led by people who do not know what they are doing, and government policy that is unable to address any of these problems and more often than not exacerbates them…’.

This is the toxic cocktail outgoing IRR CEO Frans Cronje described to the Daily Friend last evening as the key factors behind the violent anarchy that has swept through parts of KwaZulu-Natal and Gauteng over the past 72 hours.

In the following Q&A, Cronje shares his thinking on the unfolding crisis.

Daily Friend: Are you surprised at what has transpired in the aftermath of the jailing of Jacob Zuma?

Frans Cronje: Not greatly. Yesterday evening we sent a note to the clients of our Centre for Risk Analysis in which we tracked seven occasions over the past 18 months when we had warned of the threat of violent anarchy detonating. For example, on 17 February 2020 we warned that ‘growing joblessness will likely translate into greater levels of populist politicking and protest action’. On 20 April 2020 we warned clients to ‘factor in further the increasing risk of mass looting and violent protest as poor communities confront growing impoverishment’. On 14 September 2020 we warned clients to be ‘geared to the risk of South Africa’s protests becoming more violent as their instigators will seek out increasingly prominent targets’. On 5 October 2020 we warned about ‘the relationship between a weak labour market and violent protest action’ and advised clients to expect ‘high levels of violence and anarchic protest action’. On 1 March this year, in the aftermath of the budget, we told clients that its implications mean that ‘the risk of social instability will rise’. Three weeks later, on 23 March, we advised that ‘socio-economic stresses may precipitate significant social instability and violent protest’. Most recently, on 5 July, we looked at consumer data among poor households and warned of what this heralded for political stability.

Daily Friend: Do you think the government anticipated the violence?

Frans Cronje: No, it did not and that is extraordinary. Only now is police leave being cancelled and the army rolled out. Prominent hotspots such as the Mooi River toll plaza were left exposed. The recent blow-up is a major failure of intelligence and security planning.

Daily Friend: You often emphasize that South Africa is a violent society on any normal day of the week – does the recent blow-up change that?

Frans Cronje: Not to a great extent. As you say, South Africa demonstrates very high levels of violent protest action on any given day of the week. Dated data suggests in the region of ten such instances per day and that these levels have lifted by over 300% over the past decade or so. We think those numbers are in the ballpark. What we are seeing now is a spike in already high levels of violent protest actions.

Daily Friend: What lies behind the protests?

Frans Cronje: I think six things, and possibly a seventh. The first is very high levels of economic exclusion that you can read in our labour market absorption data. The second is failing schools that give the great majority of kids no real chance in life. The third is unchecked corruption, especially at local government level. The fourth is racial nationalist rhetoric from the government that creates a climate conducive to ethnic conflict, just one symptom of a callous and failing state. The fifth is inept and poorly motivated security forces led by people who do not know what they are doing. The sixth is government policy that, rhetoric aside, is unable to address any of these problems and more often than not exacerbates them. There is possibly a seventh as well in media denigration of the official opposition, which has put people off the perhaps most viable political alternative to the current administration with the effect that people turn to means beyond the formal political order to address their social and economic frustrations – such as through violent protest.

Frans Cronje: But it is the hard reality of a government that remains averse to reform and is weakening, and losing, ever more rapidly, its ability to govern the country let alone enforce order.

Daily Friend: Where do you factor Jacob Zuma into all of this?

Frans Cronje: In this case his incarceration has been the spark that set off the powder keg. We advise clients to distinguish between sparks and powder kegs. If it had not been Zuma, it would have been something else.

Daily Friend: Cyril Ramaphosa addressed the country last night and said that order would be restored. What did you make of what he had to say?

Frans Cronje: The impression was of a feeble man quite out of his depth, with no real understanding of that is happening in the country and a great unwillingness to join the dots where he has some understanding of them. The unhappy reality is that most of the economic policies he has championed since coming to power (from increased minimum wages in the face of massive unemployment, to expropriation without compensation in the face of already limited investor confidence, and more aggressive race-based empowerment policies despite the harm these have caused to the civil service and investment – to flag just three) have served to reduce South Africa’s economic competitiveness further and thereby exacerbated the poverty and economic exclusion central to the current violence. Add the damage his handling of the Covid-19 pandemic has caused to the lives and livelihoods of millions of families and you have the final dot.

Daily Friend: How does this end?

Frans Cronje: There are two end-game risks to be avoided now. The first is that the protests follow the pattern of the many xenophobic pogroms South Africa has experienced over more than a decade. In other words weeks of pogroms that spread to all economic centres with high loss of life and severe economic disruption. The second is that the security forces shoot and kill a number of protesters and that that sets off a national uprising against the government. Short of that, this should calm over the next ten days – but in the longer term the only way out of the cycle of violent eruptions will be to sustain much higher levels of economic growth. Otherwise expect this pattern to be repeated over and over again, each time with greater intensity, until it sweeps the ANC out of power.