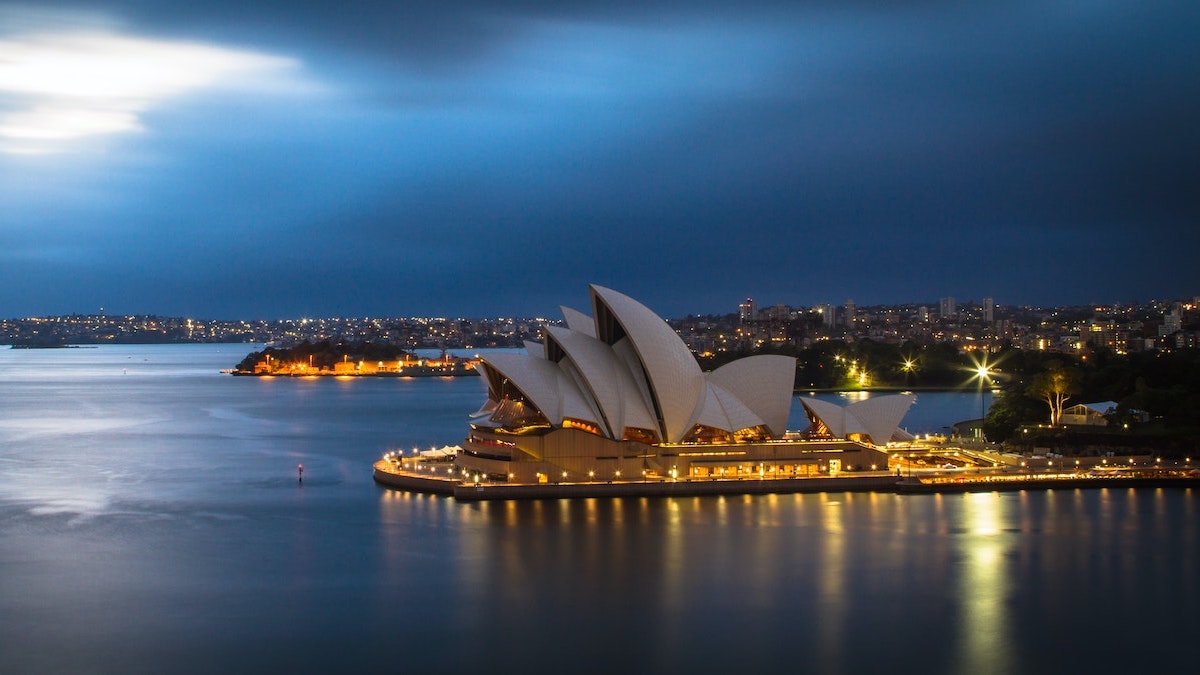 With the average age of first-time home buyers rising in many countries, co-living has become increasingly popular. For most people it may sound like student digs, but communal living blocks are designed for millennials and young professionals. Occupants or ‘guests’ have a  micro flat or apartment and access to luxury communal spaces that could include swimming-pools, gardens and in some, even a chicken coop. The units are also built to be ‘green’, for less of an impact on the environment. Global real estate investment platform, Wealth Migrate has teamed up with Australian co-living developer BNTO, formerly known as Six C, to offer co-living investments as a new asset class. Scott Picken from Wealth Migrate told BizNews that co-living has been one of the most resilient asset classes during the pandemic. Added to this, said Riaan van der Vyver, occupancy rates and yield per square metre is high for co-living investments. Jason Eggleton from BNTO told BizNews Australia is an ideal destination for co-living investments, as Brisbane and Sydney are experiencing a shortfall – and says it’s going to take decades for this to change. – Linda van Tilburg

The interesting thing with co-living is that as an asset class, it’s been one of the most economically resilient asset classes in the property sector. In fact, it was the most resilient asset class in both Europe and America during Covid. So, if you take into account the long-term trends… of affordability, for the average person of 25 to 40, they want to live in good areas close to cities, and from an affordability perspective, they generally can’t afford to. So, what you’ve effectively got and why we are looking at it is that there’s massive institutional capital coming into the space. And for us, one of the things that Riaan does is look at where global trends going? Where is the world moving? And co-living is one of those asset classes that’s becoming more and more attractive for investors, and particularly institutional capital. And if that’s the case, then we want our investors to be able to invest alongside them.

If we take the United States of America as a kind of benchmark at the height of Covid; your typical residential units with the same, let’s call it unit size, same design had occupancy of 80% at the height of the pandemic, whereas co-living, which is a form of residential, had occupancy of 93.5%. So, you can see that the fact that you’ve got these maintained high occupancies underscores this resilience. And also, what I think is so important, why we believe that there’s very good fundamental support for co-living, is affordability. We’re sitting with a housing crisis worldwide, where the price increases in houses are far outstripping income and increases in income. So, that means that demand for rental stock far outstrips what is available in the market. And what I think makes us so excited about the co-living model, and especially the model that we are following, is that we are built-to-rent. Jason and his team (BNTO), do ‘built to rent’ and not to own. So, we are really addressing the shortage in the market where there is urbanisation. Currently 55% of the population stays in cities and by 2050, it’s expected that 70%  of the world population will be in cities. So, you’ve got unaffordability of houses, you’ve got a demand for property, people cannot afford it and there’s no supply and that’s where co-living slots in… boom. That’s why we believe fundamentally it’s such a good asset class, currently.

We take a micro apartment, which is a small studio. It has a kitchenette facility, en suite, separate living and sleeping quarters and then within our building, we have communal places where people can interact. You’ve got communal working, like a WeWork in the building, a kitchen, dining, entertainment space, rooftop gardens, pools, and  what co-living does, it brings the community together. So, we’ll have people from the ages of 25 to 35 that are in the workforce, have left university. They’re in their first job. They’re usually quite well-paid, and they want to live in a community with like-minded people. So, not only can they have a great space in a great location close to a CBD and lots of amenities around it, but they also have the connectivity; we have apps in our operation with people so that they have the ability to co-work. Think about brainstorming, just meet for coffee, have a chat about, you know, the economy, have a chat about the Queen. What we’re doing is we’re bringing people into a community and what we’ve found is, especially through Covid is that people want that. That’s one of the reasons why co-living was so full, because it actually gave them a sense of community and a sense of togetherness when it was such a trying time during the pandemic. So, we have micro apartments, vertical villages, supporting work, life, lifestyle and community.

It’s almost like a balanced lifestyle in the sense of although it’s a micro unit, you’ve still got an en-suite bathroom in your unit and the design is so optimal that you use this space in a very effective way that it doesn’t feel small, if I can put it like that. And because there’s some green building initiatives involved here, the type of material use, the lighting, how the light comes in, the use of energy just gives you this lifestyle experience, which is quite important. And I think another key point is the fact that you’ve got micro units mean that the optimisation of space, that we can add 12% more yield to investors’ return per square metres because of optimisation of usage due to this micro unit composition of a property, which I think is significant. That’s one of the benefits that co-living brings to investors higher yield per square metre through optimisation of units.

‘Guests,’ not tenants, are paying less than an apartment or flat – Jason

But… the good thing is the user. The guest is paying less for that room than for a normal apartment. So, he’s getting the benefit of being more cost- effective and the investors getting the benefit where they get more dollar per square metre than they would in a traditional unit. So, it’s a win-win.

We put a lot of time, energy, and effort into our design. When we look at the apartment itself, we want three locations within that apartment that a person can work from comfortably. Because when you work, you know it yourself, you’ll stay at the kitchen dining table; then you move to the desk, then you’ll move to the bed. You don’t just stay static in one space. So, we design the apartments for that. You have a different outlook, you get a different feeling and then if you want to you can be on the app, you can savour an actual office type boardroom, if you want to have a meeting. We have the facilities for that. You want to do a Zoom room; you can go downstairs and do it. Or you can just work from the communal coffee table downstairs, maybe have a chat over a coffee, do some work. It really is a great environment for the guests.

Catching the tailwinds of co-living space Down Under – Eggleton

In Australia at the moment, we had a net outflux of migration of 436,000 people. This year, we’re going to have hopefully 200,000 people come back into the workforce, coming back into the country. We have a shortfall just in Queensland, in Brisbane of 20,000 dwellings a year. We need 36,000 dwellings in Sydney every year just to accommodate people. We had some environmental hazards happen in Queensland and a lot of people found they needed to get new accommodation and that has also exacerbated the situation. We could deliver thousands of these in Brisbane at the moment and have no vacancy. What that means is, if someone moves out of one of our apartments on a Monday, we’ve got a new person moving in on a Wednesday. They’re not empty and it’s going to take decades for this to change.

Scott: “I was just going to say one of the massive tail winds is that the Olympics have been awarded to Brisbane in 2032. So, for the next ten years you’re going to have a massive influx of people coming to build all the infrastructure. I mean, most people have experienced what happens with the soccer World Cup here in South Africa. Well, imagine the Olympics happening in Brisbane, a couple of kilometres from the site.”

Van der Vyver:  I think it speaks to all the needs of, let’s say, a millennial market. It’s all about experience for them instead of owning an asset. You know, so the balanced lifestyle, for example, the advancements in technology make this asset class executable. Ease of use. It’s fully equipped and I just go onto an application to ensure that I have accommodation. And this is the key because this is emerging. The big unlock in return is still ahead of us. So, although it’s emerging, it’s safe, as Jason has said. You’ve got this potential of huge upside in terms of capital growth, for example, if this asset class matures.

Picken: Three things that we always say to investors that we learn from the wealthiest investors. The first is trends. There’s a long -term trend and co-living is part of that. The second is income. You’ve got multiple income streams and even through Covid, this was the most economically resilient income producing asset in property or real estate certainly in Europe and America, which I think is significant. And the third one is its diversity. As an investor, you can diversify into different asset classes, and that is key to investment strategy. Obviously this is diversity with institutional partners, which is key.

Eggleton: It helps society in a way that’s affordable. For all those people out there, you know, trying to get into the market, wanting to find their own place to live, it gives them a great opportunity in a community where they can make friends, have a good lifestyle, be close to their work, be close to great amenities like malls, hospitals, education, lifestyle, beaches, parks, and affordable rates. It’s fundamentally important that we deliver that to the world. And why is it a good investment? Because you’re not reliant on three tenants or one tenant? No, you’ve got a couple of hundred. So, your income stream is protected and as you’re any investor, you want that income stream protected. What did it show through the worst pandemic we’ve had in over 100 years? It is a safe asset across the world. Unlike other assets that went down in vacancy, it was still over 90% full. People wanted to live in this environment because it gave them a sense of security. It gave them a sense of safety in an unsafe world. So, as an investor, it’s a pretty triple-A rating and the banks like them. You do get funding. That’s another thing. Where the big money is going, that’s where you want to try and be. So, when you’ve got institutional money investing hundreds of billions in this sector, you want to be there.