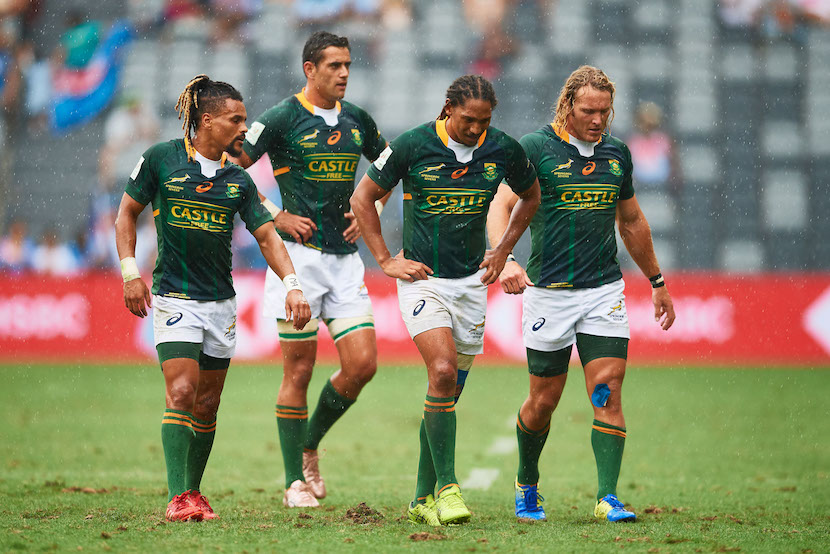 WeBuyCars, one of corporate South Africa’s latest success stories, has partnered with the South African 7s side – the Blitzbokke – for the upcoming season. The Blitzbokke, who have long been South African rugby’s most consistent performers, have enjoyed tremendous success in recent years. WeBuyCars was recently consolidated into the Transaction Capital stable and is one of South Africa’s fastest-growing businesses. Founder and CEO Faan van der Walt has likened the speed and efficiency of its business to that of the Blitzboks’ playing style, a fair comparison given the roaring success of both parties over the last few years. – Justin Rowe-Roberts

Blitzboks to speed ahead with WeBuyCars

The Springbok Sevens team will speed into action in Spain this weekend with market-leading partner WeBuyCars on the team’s jersey following agreement on a three-year sponsorship partnership.

SA Rugby made the announcement on the eve of the latest round of the HSBC World Rugby Sevens Series in Malaga, after a negotiation with the innovative company that was concluded almost as quickly as, well, the company buys cars.

“WeBuyCars don’t mess around when it comes to buying a vehicle – ask anyone who has experience of them,” said Jurie Roux, CEO of SA Rugby, “and it was just the same in this conversation.

“They did the deal in one conversation, and we’re delighted to partner with such an enterprising and growing South African company.

“They have become the new principal partner of the Blitzboks for the next three years and we hope this a journey that will be a long and successful one for both of us.”

“The Blitzboks have maintained consistently high-performance levels, with 38 tournament wins to their name,” he said.

“The team’s commitment to performance and excellence aligns with WeBuyCars’ philosophy of speed and efficiency. We wanted to entrench our position as keen supporters of South African sport and to associate ourselves with a team whose values echoed our own.

“We have found this in our partnership with the Springbok Sevens and we are extremely pleased with and proud of this collaboration.”

The company’s name will make its first appearance on the Blitzboks’ jerseys at 14h12 (SA time) on Friday, when they take on Scotland in their pool game at the HSBC Spain Sevens in Malaga.

“This is a great boost to the team at the start of a massive year for Sevens with a Commonwealth Games and the Rugby World Cup Sevens in Cape Town in September,” said Roux.

“Our Sevens team has been consistently high-performing for many seasons and after back-to-back wins in Dubai at the end of last year, we’re eagerly looking forward to this new era with the support of WeBuyCars.”

A formal media launch will be held in South Africa in due course.