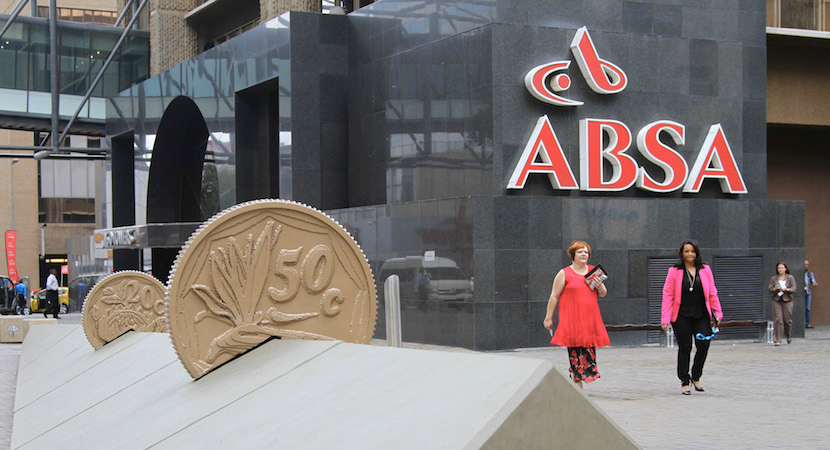 JOHANNESBURG — Public Protector Busisiwe Mkhwebane on Monday delivered findings on some of her reports to the media, one of which surprisingly being that of the Absa-Bankorp saga. The issue of the lifeboat has been around ever since the emergence of a controversial CIEX report. And despite the likes of Judge Dennis Davis and Advocate Willem Heath having conducted probes on the matter in previous years under the Mbeki administration, Mkhwebane still felt that she would have the final say on the matter. She’s declared that the lifeboat was unlawful and that Absa must pay it back – but Absa is hitting back, saying it has no obligation to do so. She’s also said that while the South African Reserve Bank (Sarb) must remain independent, it should be in touch with politicians more and deliver more of a socio-economic impact by not focusing on inflation but rather economic growth. The market is not reacting well, with the rand weakening. While Mkhwebane is also opposing President Zuma’s bid to overturn to her predecessor’s report on state capture, she still, to date, has not committed substantial resources to probing the controversial Guptas, especially amid the leak of their emails. – Gareth van Zyl

Cape Town – There is no obligation for Absa to pay anything to the SA government, the bank said on Monday.

This was in reaction to Public Protector Busisiwe Mkhwebane‘s report that she deems a bailout of R1.125bn by the SA Reserve Bank (SARB) of Bankorp to have been unlawfully made and that Absa must pay it back.

“We have not yet received a copy of the report and we are urgently requesting the Public Protector’s Office to send it to us. Once we have read it we will consider our legal options including seeking a High Court review,” Absa said in a statement.

“Absa met all its obligations in respect of the loan provided by the SA Reserve Bank by October 1995. It is our firm position that there is no obligation to pay anything to the SA government.”

Mkhwebane’s remedial action included that the SIU must re-open and amend Proclamation R47 of 1998 published in the Government Gazette dated 7 May 1998 “in order to recover misappropriated public funds unlawfully given to Absa Bank in the amount of R1.125bn”.

The SIU must “also re-open and amend Proclamation R47 of 1998 published in the Government Gazette dated 7 May 1998 in order to investigate alleged misappropriated public funds given to various institutions as mentioned in the CIEX reports”, she said.

Fin24 is still waiting for SARB and Treasury to comment on the findings.

(Bloomberg) — South Africa’s graft ombudsman has suggested changes to the nation’s constitution to amend the Reserve Bank’s primary objective of protecting the value of the currency.

The chairman of parliament’s justice committee should start a process to change the law’s section 224 that sets out the central bank’s primary objective, Public Protector Busisiwe Mkhwebane said in a report handed to reporters in the capital, Pretoria, on Monday. The proposed amendments remove the reference to the Reserve Bank’s role to protect the value of the rand, a key element of the regulator’s inflation-targeting mandate.

#CIEX Mkhwebane clarifies that the R1.1bn is interest gained – ABSA benefited 15% while only repaying 1% of the R1.1bn lifeboat #SABCNews

Mkhwebane calls for the section to say “the primary object of the South African Reserve Bank is to promote balanced and sustainable economic growth in the Republic, while ensuring that the socio-economic well-being of the citizens are protected.”

The central bank’s independence is protected by the constitution and is cited as a pillar of institutional strength by credit rating companies and investors. Altering the mandate may add to policy uncertainty after a cabinet reshuffle in March and changes to other regulations, including the Mining Charter. While Mkhwebane can propose changes to the constitution, she can’t order parliament to alter the law. A two-third majority of lawmakers is needed to change the constitution.

The rand extended a decline after the comments, weakening as much as 1.6 percent in Johannesburg on Monday.

“The market doesn’t like the fact that they’re looking at changing the constitution or the mandate of the Reserve Bank,” Wichard Cilliers, a trader at TreasuryOne Ltd., said by phone: “There is concern about institutions being undermined.”

Mkhwebane’s suggestions were part of recommendations following an investigation into a Reserve Bank bailout for Bankorp, a unit of Barclays Africa, almost three decades ago.

The proposal comes at a “sensitive time and is highly dangerous,” Peter Attard Montalto, an economist at Nomura International, said by email. “A mandate change to the MPC is much easier and could happen at any time from the finance minister. The SARB is one of the last few remaining bastions of sensible independent policy making.”

The central bank has a mandate from the government to target inflation between 3 percent and 6 percent.

Mkhwebane also proposes for the constitution to say require “regular consultation between the bank and parliament to achieve meaningful socio-economic transformation.” The law currently states the central bank must consult with the finance minister.

“The public protector can’t order parliament to change legislation, including the constitution,” Pierre de Vos, a law professor at the University of Cape Town, said by phone. Any decision to change the mandate of the central bank would “depend on the politicians,” he said.

Jabulani Sikhakhane, a spokesman for the central bank, didn’t immediately answer calls to his mobile phone or respond to an emailed request for comment. Mayihlome Tshwete, a spokesman for Finance Minister Malusi Gigaba, said he had no immediate comment on the public protector’s proposals.

(Bloomberg) – South Africa’s graft ombudsman said she will oppose a lawsuit filed by President Jacob Zuma aimed at overturning a report drafted by her predecessor that indicated he may have breached the government’s code of ethics in his dealings with members of the Gupta family.

”We will be opposing the judicial review application,” Busisiwe Mkhwebane told reporters in Pretoria, the capital, on Monday. “We are still finalising the process of collating all the evidence which is needed.”

In her 355-page report released on Nov. 2 last year, former Public Protector Thuli Madonsela said Zuma and some of his ministers may have allowed the Guptas, who are in business with the president’s son, to influence the appointment of cabinet members and given them special treatment to enable them to buy a coal business. Zuma and the Guptas denied wrongdoing.

Madonsela said Chief Justice Mogoeng Mogoeng should name a judge who would chair the commission that would investigate whether there had been any wrongdoing. Zuma said he wasn’t given enough opportunity to respond to the report prior to its publication, and that only he had the right to appoint judicial commissions.