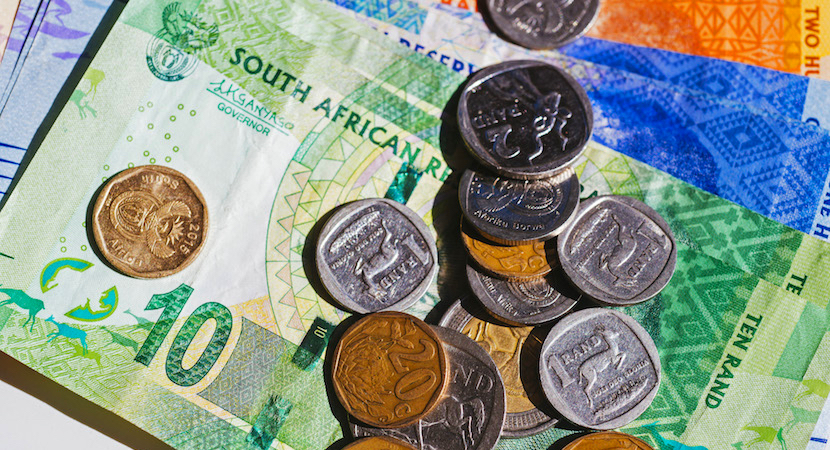 CAPE TOWN — Audited numbers seldom lie; government fiscal accountability is careening backwards while it’s reformist new president shouts progress. That’s in addition to the industrial scale graft and corruption of State Capture. Together they way outstrip the R50 billion economic rescue/stimulus package President Cyril Ramaphosa is promising. “Disastrous” is how the chairperson of the Standing Committee on Public Accounts (Scopa), describes the State’s financial management after he and his members ploughed through the Auditor-General’s Report (which excludes Eskom, Transnet, Denel and the Passenger Rail Agency of South Africa). A full 72% of government departments failed to comply with legislation in the 2017/18 financial year – eight percent up on the previous financial year. Also, this financial year, 41 departments or entities missed the AG’s deadline. Last time around it was just two or three. Speculation on why? Desperate scrambling to cover up and/or creatively spin the numbers in the new reformist climate? Most frightening is how this reflects the culture of impunity during the Zuma years. Voters must now decide; is the ANC capable of reform or do we risk an entirely new coalition government? That one is on us, nobody else. Story courtesy of the Daily Maverick. – Chris Bateman

“No findings on compliance with legislation: 28%.”

That was the small, but telling, reference on page five of the presentation on the provisional 2017/18 provincial and national audit outcomes to the Standing Committee on Public Accounts (Scopa) and the appropriations committee by the Office of Auditor-General Kimi Makwetu last Wednesday.

Translated from audit-speak, it means seven out of 10 government departments and entities flouted the law and regulations, thus incurring the findings during the 2017/18 financial year. And the 28%, or just less than three out of 10, that did adhere to the law is lower than even just a year earlier: 36% upheld legal requirements in the 2016/17 financial year.

When government is not sticking to its own laws and regulations, it’s problematic. The face of that is irregular expenditure, up for yet another consecutive year. And the associated culture of impunity has also facilitated State Capture.

Coincidentally, the state-owned entities (SoEs) central to State Capture — Eskom, Transnet and, a little further removed, Denel and the Passenger Rail Agency of South Africa (Prasa) – had previously not been audited by the AG. However, steps are under way to fully bring Transnet under the AG’s auspices in 2020, while Prasa and Denel already are from the 2017/18 financial year.

Irregular expenditure does not necessarily equate to corruption, nor that goods and services were not obtained, but it means the proper rules, regulations and legislation have not been followed. Or as AG documentation puts it:

“Somewhere in the process that led to the (irregular) expenditure, the auditee did not comply with the applicable legislation”, adding that those cases should be investigated so action against wrongdoers can be taken. It seldom happens.

From the AG’s October 10 presentation to MPs, it’s clear irregular expenditure occurs mostly in supply chain management, or procurement. Non-compliance with law and regulations accounted for 84% of the incurred irregular expenditure of just above R50.3-billion, including non-compliance on contact management (23%) and failure to comply with procurement process requirements (45%).

Despite a ban under the public service regulations of civil servants doing business with the state being in place since January 2017, contracts worth R255-million were awarded to state employees. And 56% of departments and entities the AG audited had uncompetitive and unfair procurement processes, including failure to invite competitive bidding or the failure to obtain three written quotations. Coincidentally, procurement valued at R6.49-billion could not be audited “due to missing or incomplete information”.

There are other worries: for the audit of the 2017/18 financial year that ended on 31 March, an unprecedented 41 entities and government departments missed the submission deadline of 31 August 2018. In previous years it was three, or two. Among those who failed to meet the deadline, Makwetu told MPs, many are struggling to prove they are going concerns and others contested the audit opinion “for the sake of contestation” because they did not like the outcome. In prior years such push back also included threats to staff of the Office of the Auditor-General.

“Had everybody paid attention to what the role of an accounting officer is, we probably would have avoided having some of these alarming numbers,” Makwetu told the parliamentary committees, adding later: “There are reversals of the audit outcomes achieved before”.

For years now Makwetu, like his predecessor Terence Nombembe, highlighted the lack of consequences for transgressions and the lack of political and administrative leadership for flailing, and regressing, audit outcomes, also at local government level.

Scopa and appropriations committee chairpersons Themba Godi and Yvonne Phosa said in a joint statement after meeting the AG:

“Cabinet ministers and directors-general, who are failing to do their duties as stipulated in the Public Finance Management Act, should be held responsible for the appalling audit outcomes of their departments and entities… The committees are concerned about the increase of irregular expenditure for the year under review to R50 billion. This shows that some departments are still not adhering to the [act].”

The act has been law since 1999, and really should be the lifeblood of public administration and public finance. Almost 20 years later, it cannot be a question of not knowing. But State Capture and #GuptaLeaks have shown what happens when the institutional culture is one of no consequences for contraventions and violations of the law.

Questions arise over the effectiveness of government departments and entities that don’t stick to the law and regulations, in implementing a stimulus and rescue package that, according to Ramaphosa’s broad sweep, would “first ignite economic activity, second restore investor confidence, third prevent further job losses and create new jobs, and fourth to address some urgent challenges that affect the conditions faced by vulnerable groups among our people”.

That 21 September announcement came against the backdrop of public finances under pressure amid a technical recession as growth has contracted for two consecutive quarters, and dampened confidence as consumers are battered by the value-added tax (VAT) increase to 15% and a series of petrol price rises. Unemployment remains stubbornly high at 37.2% on the expanded definition that includes those too disheartened to even look for employment, that many analysts and civil society, including trade unions, believe is a more accurate statistic than the narrow figure of 27.2%.

When newly minted Finance Minister Tito Mboweni delivers his maiden Medium Term Budget Policy Statement on 24 October, those appropriation adjustments are putting the details to Ramaphosa’s broad-sweep stimulus and recovery plan. Much of the money will come from re-prioritised funding from departments that have not spent their allocations, or the R85-billion savings over the next three years announced in the February Budget.

What remains to be seen is the impact of the billions of rands of investments already pledged from as far as China and Saudi Arabia, and new pledges from the upcoming investment summit at the end of October.

Kimi Makwetu: Every year the Auditor General tallies the tax money lost in unauthorised, fruitless, wasteful and irregular expending. It is now R50-billion. Can @CyrilRamaphosa already sign the bill on his desk giving the AG more teeth to bite the hand in the cookie jar.

Parliament’s public enterprises committee was told by the AG’s office that Eskom, Transnet and the state miner Alexkor together had run up that R27 billion in irregular expenditure, about five times the R4.9 billion incurred in the previous financial year.

“The committee said this is not a pretty picture and is disastrous,” said Public Enterprises committee chairperson Lungi Mnganga-Gcabashe in a statement after Wednesday’s interaction with the AG’s office.

With the 2019 elections nearing, the opening political salvos using irregular expenditure were fired at the national legislature. The DA argued that on the back of available annual reports the total irregular expenditure stood at R72 billion, and could rise to R94 billion once the financials of SAA, SA Express, Denel and other SoEs were finalised. The ANC has dismissed this, saying such statements were “alarmist and false”, according to ANC MP and committee whip Ndaba Gcwabaza.

The AG is staying out of that political bunfight. On Friday Makwetu told the Standing Committee on the Auditor-General there could only be one source of irregular expenditure figures — the statutory required audited financial statements where numbers pass the test of being backed up with verifiable detail.

“Anybody, be it in school, university or the factory floor, must know there’s only one number and that’s communicated by the AG.”

But 2019 is an election year and the irregular expenditure and other numbers will be hauled out for and against amid the politicking and competition for the electorate’s votes.

Amid the noise the very real danger is that everyone forgets the real issue — just three in 10 government departments and entities comply with the law. And unless that changes, very little else will. DM