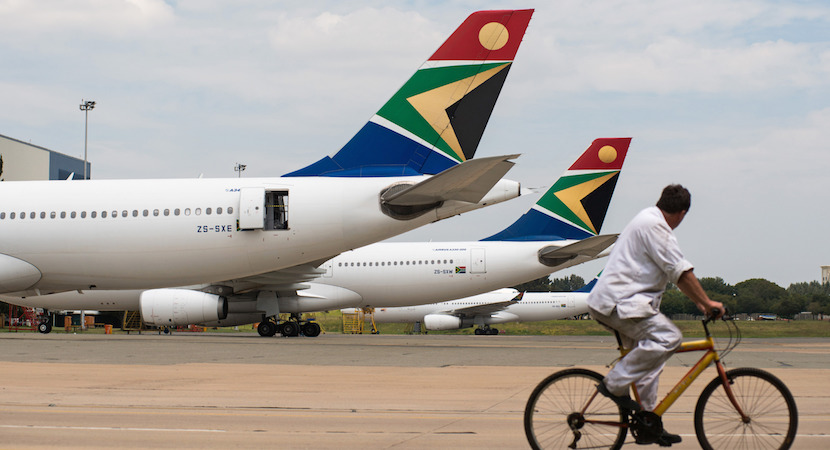 JOHANNESBURG — On the one hand, you have SAA which says that it will take three years (at least) to turn around its operations and become viable. On the other hand, you have newly installed FinMin Tito Mboweni, who thinks otherwise and is throwing the cat among the pigeons by advocating for the closure of the airline. In the middle, you have airline passengers who are starting to think twice about booking a flight with SAA (possibly partly out of displeasure at the airline but probably also because of fears that it may, incredibly, now face the risk of being shut down). All in all, it’s a pretty messy situation and it’s hard to see how this will ultimately pan out. – Gareth van Zyl

While gross profit margins were negative on most routes when he started a year ago, domestic and regional routes are now making money except for Entebbe in Uganda, he said in an interview on Johannesburg-based Talk Radio 702.

South African Finance Minister Tito Mboweni said last week that he favours shutting down the loss-making national airline and starting a new carrier to replace it. SAA is unlikely to attract an equity partner in its current state, and it’s doubtful the government will be able to sort it out, Mboweni said at an investment conference in New York on Thursday.

Since Mboweni’s statement, the airline has experienced cancellations, Jarana said. “It is important that we get our messaging right.”

The airline, which hasn’t made a profit since 2011, will take three years to break even, Jarana said.

“There are no miracles or silver bullets that will take you to a break-even point before that,” he said. SAA is now looking to review contracts “A combination of transforming the airline and finding an equity partner are both options. It’s going to be harder to attract an equity partner if the business isn’t transformed.”