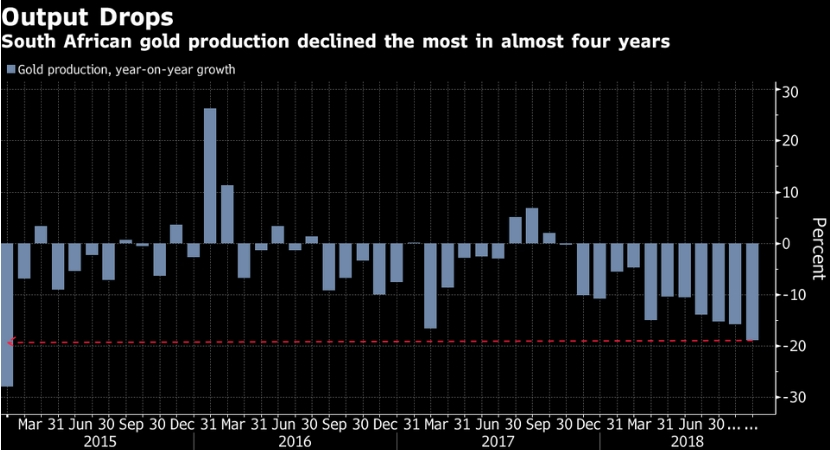 JOHANNESBURG — The fact that gold production in South Africa has been sliding for several years now is probably old news. But it’s still a shock to the system when you see it laid out on a graph. And this graphic below paints a picture of a once-proud sector that has these days become a shadow of itself. – Gareth van Zyl 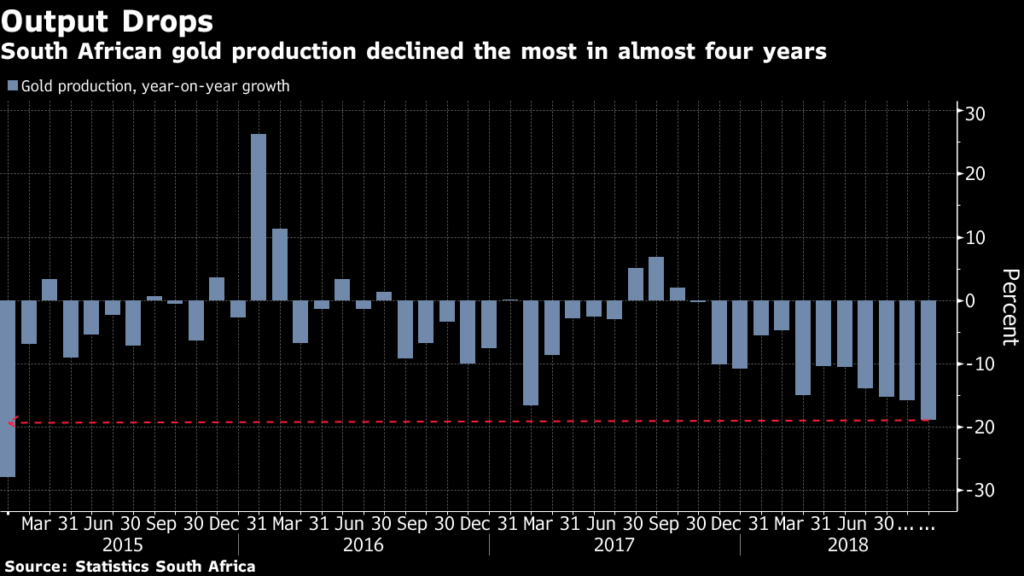