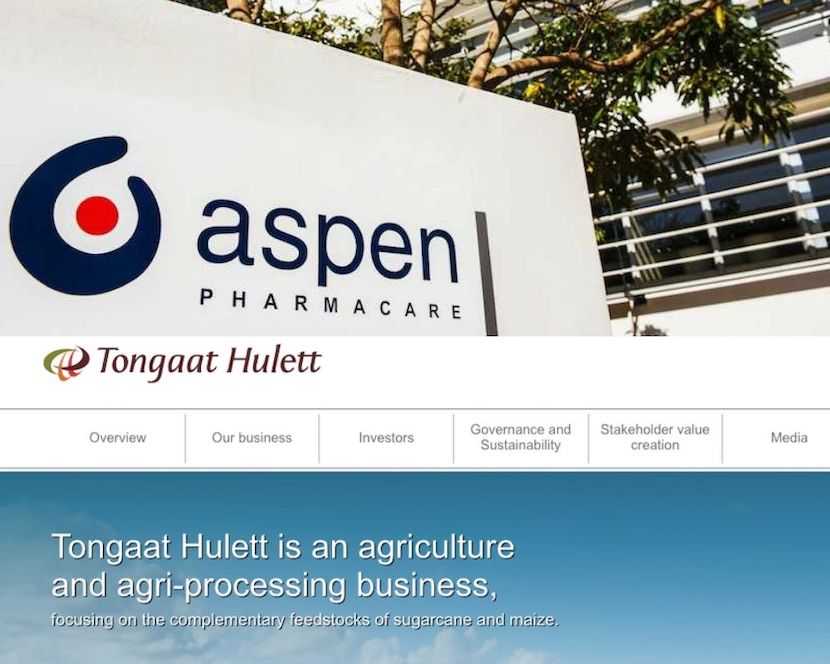 Ted Black is a well-known Return on Assets Managed specialist. He’s been preaching the ROAM gospel for many years, and finds many corporates are chasing the wrong measurable. And with the build up of corporate blowouts; he may be on to something. Ted aims his pen at Aspen and Tongaat, with the latter having already joined the South African “80% Value Destruction Club” and the former close to it. – Stuart Lowman

The problem is, even with grains of truth embedded in the hype, they rarely have an impact on productivity. Indeed, there is one fashion I must confess to having promoted over the years that has caused serious damage. It’s the notion that management’s only legitimate purpose is to maximise the value of the firm for shareholders.

This belief took hold in the 1970s and resulted in CEOs managing and being rewarded hugely for growth through acquisitions and improved share price. An exemplar of the movement was Jack Welch. However, in 2018 GE’s market value fell to its 1992 level. That’s value destruction of more than 80% and a classic example of a saying by Eli Goldratt of “Theory of Constraints” fame: Tell me how you’ll measure me, and I’ll tell you how I’ll behave.

The share price and Total Shareholder Return are wrong measures for assessing the competence of a CEO and management team. The only valid measures of a manager’s intent and results, are productivity ratios and fundamentally, the value of a firm derives from the productivity of its asset base.

Didata became a founding member of the South African “80% Value Destruction Club” in 2001. Steinhoff and Tongaat have now joined it with Aspen Pharmacare close to gaining entry. So let’s take a look at the latter two through measures that don’t compare results by quarter or year.

The late Dr. Edwards Deming once said, “The great men plot data points.” In other words, use measures that show Cause/Effect and trends. Always look for links between numbers and judge the trend.

Starting with sales “margin” – the measure most analysts and traders with a short-term view look at first because it links to earnings per share – there’s a slight downward trend but that’s not of much concern. 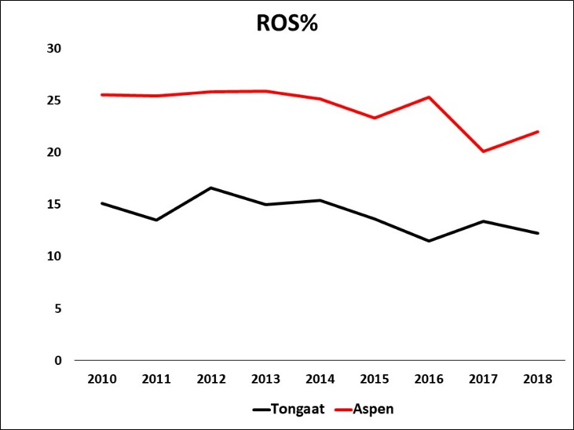 However, what about Asset productivity (Sales ÷ Assets)? 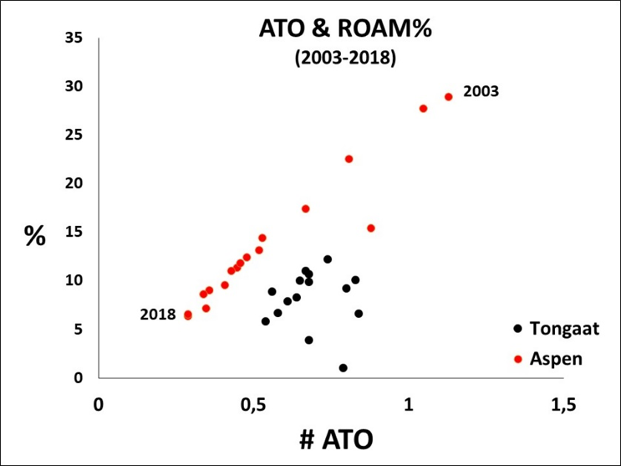 The chart shows the dramatic effect of declining ATO on Aspen’s returns even with a high ROS%. The correlation is perfect. Tongaat is also highly capital intensive. It carries a big asset base relative to sales. If you can’t charge a high price, with low ATO you are doomed. You’ll be stuck in the left-hand corner of the matrix until you redesign the business or disappear.

Low asset productivity takes us to another effect – economic profit or loss. Management teams avoid using it, or being measured by it. Too tough a measure perhaps?. 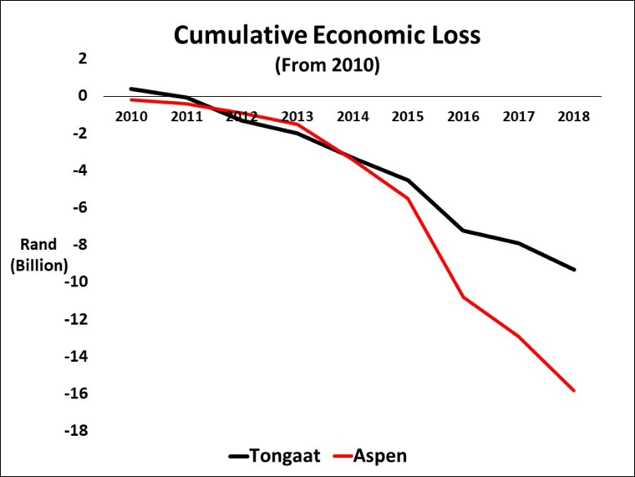 As was the case with Steinhoff, this curve can become unstoppable. The calculation I used, (which you may disagree with) is cash profit after tax less a 20% cost of Shareholder equity. This works out at around a 10% charge for assets managed. It’s what DHL started charging its management in the early 2000s. Based on average cost-of-capital to establish a ROAM hurdle, it seems to have worked well for them.

Most managers only look at the income statement. They focus on sales and margin – usually stopping at the gross margin. Cash flow is left to the finance function and the balance sheet is rarely considered from a sales productivity point-of-view, or the business model needed to achieve a higher ATO. 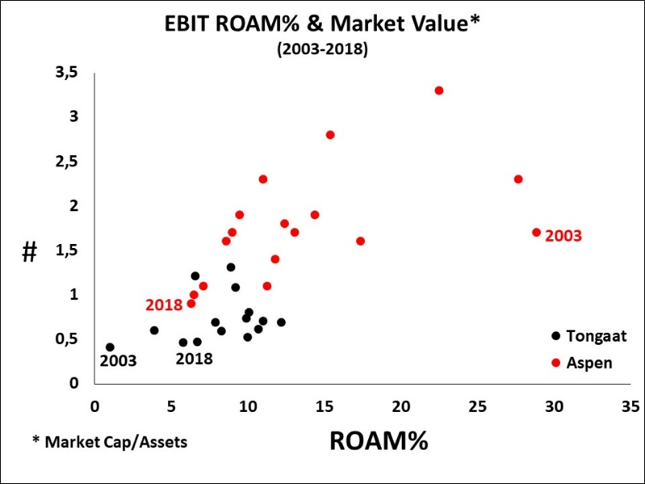 There are two major problems in measuring with the share price and then trying to manage it. First, share price movements are volatile. They fluctuate wildly and have very little to do with operating performance. The second is that share prices move to changes in market perceptions. This makes it difficult for CEOs to deal with capital market pressures – especially when they aren’t based on an investor’s long-term view, but those of market speculators.

Under pressure to show good profits, management in cahoots with financial people, uses each and every accounting artifice to show better numbers. They resort to stratagems  like capitalising maintenance costs, revaluing assets and all the other tricks of the trade. Accountants’ strong suit is not productivity improvement, but they are very skilled at manipulating numbers.

I have discovered over the years, that most of them don’t understand the significance of the ROAM measure, let alone use it. That’s a problem, but also a great education opportunity for them to educate management with it. Used as a diagnostic tool, it can point the way to action for the better.

Another effect that capital market expectations cause, is merger and acquisition activity to chase growth. Today, almost 60% of Aspen’s asset base is intangible – the result of buying standalone companies and paying too much. The seller walks away with value that is rarely recovered.

Does this mean we can expect Aspen to take a cold bath sometime soon… in the way Didata wrote off around $4,5bn of value? And Tongaat… will that firm also suffer a big write down in asset value?