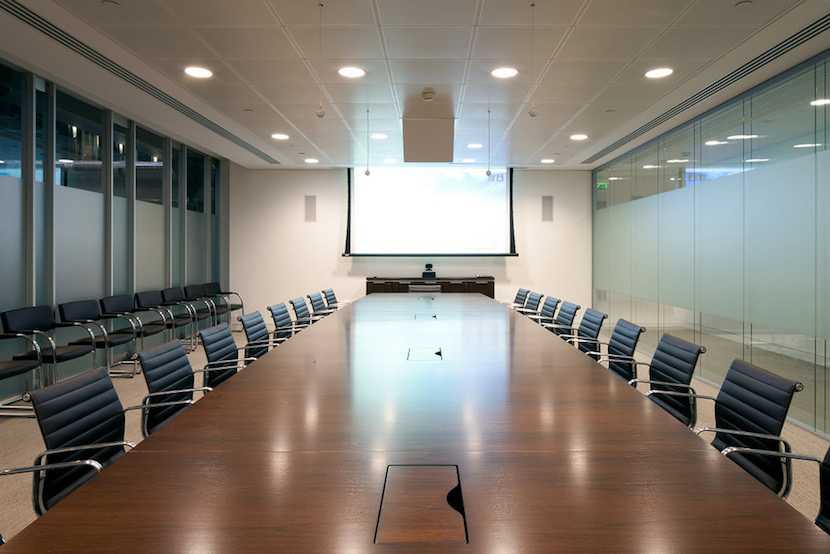 Comair, listed on the Johannesburg Stock Exchange since the late 1990s, is owned by investors in its public stock. That makes the directors accountable for their actions. Yet, the Comair board appears to be run like a small gentlemen’s club. What’s more, its chairman is paid handsomely when you compare his pay to individuals with similar responsibilities at other companies that are publicly listed. Comair directors stand accused of behaving, at the very least, unethically when they decided to buy a supplier, Metaco, and almost immediately set about destroying the small business before trying to hand it back to its founders. Metaco operators are demanding that Comair bosses explain their deeds. So far, no convincing argument has been forthcoming. Comair has also refused the opportunity to respond to allegations in public. The silence from Comair makes a mockery of the company’s public commitment to ethical business, which it explains on its website: “We’re committed to maintaining principles of good corporate governance and managing our business in a responsible manner: with integrity, fairness, transparency and accountability.” In the meantime, the Comair board is being put under the microscope. – Jackie Cameron

Director of Metaco and Comair shareholder, Danny Tuckwood, attended the Comair AGM recently and questioned the governance and independence of the Board, among other issues.

Metaco was recently disposed of by the aviation company under questionable circumstances.

Tuckwood raised several uncomfortable questions which the Board generally fumbled through and provided tentative answers. At times it fell upon the Company Secretary, Derek Borer, to either answer on behalf of the Board or shut them down. This prompted Tuckwood to ask why Borer does not have an arms-length relationship with the Board as expected by the King Code of good governance.

The dismal composition of the Comair Board led incoming Chairman, Lindsay Ralphs to declare that a “massive shakeup” of the Board was necessary and, as a majority shareholder through Bidvest, he felt “very uncomfortable” about the Board’s lack of independence.

These are selected questions asked at the AGM and the responses of the Comair Board:

Independence of the Board

Tuckwood questioned the independence of Martin Moritz, Rodney Sacks, Piet van Hoven and Dr Welgemoed who had served 40, 39, 46 and 25 years on the Board respectively. It’s interesting that van Hoven, Moritz and Welgemoed form both the Nominations Committee and Remuneration’s Committe, seemingly securing their own ‘independent’ positions on the board. Tuckwood also questioned van Hoven’s suitability to be appointed Lead Independent Director.

Ralphs expressed a “very severe concern about the lack of independence” and again recommended that the Board Charter be changed, a request which he says was previously ignored by the Board. He said there was a “major conflict between us as a shareholder and the Board” and promised a  voluntary annual review of Board members. The lack of independence made Bidvest “uncomfortable” he said.

Earlier in the week Comair issued a statement defending the independence of the Board, but could not uphold this at the AGM.

Tuckwood pointed out that Joint CEOs seldom work, corroborated by current thought leadership on this issue. It has previously not worked at Comair, and the recent removal of the Joint Sasol CEOs is another case in point.  He found it concerning that there was no division of responsibility and accountability between the two CEOs, and no clear guidelines on how their performance will be individually assessed and remunerated.

The Chairman, van Hoven said the positions of Joint CEOs was considered by the Comair Board in great detail. He confirmed there was no division of roles and that both CEOs manage jointly. The question about how bonuses were awarded was met with a long silence. Finally, van Hoven sidelined the issue, stating that the Chairman and Deputy Chairman will evaluate the process “as they go”, based on their engagement with the CEOs – thereby further compromising the independence they insist they maintain.

It is interesting to note that despite having no specific job description, one of the Joint CEOs received a 40% personal performance bonus and 20% discretionary bonus after only 8 months with the company. On the other hand, long-standing past CEO, Erik Venter received no bonus whatsoever, despite having secured a R1.6 billion settlement from SAA during the past year. This appears to mirror the remuneration inequities raised by Unions earlier in the year, and flies in the face of Comair’s statement of “ensuring that staff are remunerated fairly, responsibly, transparently and in line with industry standards.”

While not a legislative requirement, most corporates are considering audit rotation. Tuckwood pointed out that Comair has had the same auditors for 52 years. He questioned if the Audit Committee had applied their mind to ensure the independence of their auditors.

Van Hoven said that the Audit Committee had debated the reappointment of the auditors and resolved to reappoint them. On the recommendation of Tuckwood, the incoming Chairman, Ralphs said he agreed “wholeheartedly” that the auditors should be rotated.

Remuneration of the chairman

Tuckwood commented that the fees for the Chairman of Comair at R1.68 million seems excessive for a company with a small market cap of R1.3 billion, especially when compared to the Chairman of Bidvest whose fees are R1.5 million with a market cap of about 70 times more at R71 billion. It was also pointed out that the fees are 250% times the fees paid to ordinary Board members. Tuckwood questioned how the Board considered this fair, equitable, responsible and market related.

Van Hoven indicated that the remuneration was not set by the Chairman and that this had been the practice for many years, but that it will be referred to the Committee for their consideration. Fees for the Deputy Chairmen (despite its small size, Comair had two), which cost the company close to half a million Rand were also “historic’ claimed van Hoven.

The Board was asked why they had acquired 100% of Metaco, on whose Board Comair had a controlling interest, only to dispose of the company within 12 months. Assuming proper due diligence was conducted at the outset, this indicates that the Comair Board had not performed their Executive oversight duties appropriately.

Joint CEO, Glen Orsmond explained that there were warranties in the sale agreement and that Comair was entitled to institute the put option. The only explanation the Board could provide regarding the due diligence conducted was that it was done under the former CEO. In an attempt to absolve the Board and current CEOs of responsibility, Borer shut down further questions and discussions saying the matter was “under litigation”.

“I would have expected the Board to know why they bought Metaco and if they approved of its disposal, but they didn’t seem to have a clue. What I observed was a contradiction of the statement issues by Comair claiming that it ‘holds itself to the highest standards in its business operations’.

“I saw nothing of it at the AGM. They behaved like turkeys voting to postpone Christmas,” says Tuckwood. “It is clear that there is excessive feathering of their own nest at Board and CEO level. There seems to be historic gross self-interest that does not serve the interests of shareholders. The non-independence of several members of the Board and Company Secretary, by their own admission, is extraordinary,” said Tuckwood.

“In my view, the Board had not applied their minds to the acquisition and disposal of Metaco, causing significant damage to the business. In the context of what I observed at the Board meeting, their non-adherence to basic governance procedures and highly unethical approach is not surprising. They have a lot to answer for. We now have to rebuild the business, and pursue expensive litigation after they grounded Metaco within a year of taking control,” concluded Tuckwood.

Barbara Walsh and Danny Tuckwood, as prior sellers of Metaco have instituted arbitration and substantial damages claims against Comair.