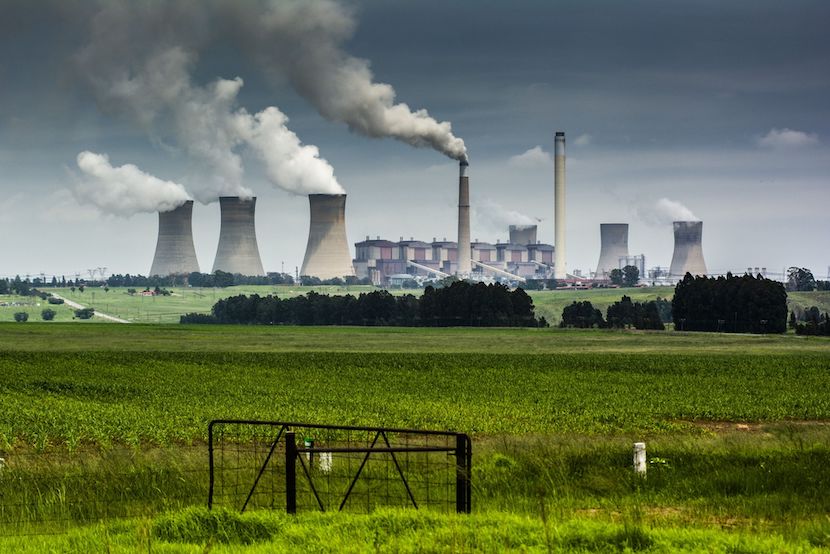 South Africa’s indebted electricity power utility may have underestimated the complexity of unbundling a monopoly of its size when they set the deadline to achieve this for 2022.

“If we don’t address these, we might end up with a very messy legal, commercial and also financial situation which could significantly delay the restructuring,” he said.

Pointing out “just some of these risks”, De Ruyter said they need to consider the approximately R60bn assessed tax loss that Eskom has built up over the past few years, an asset that could be lost if the unbundling proceeds without understanding the tax issues.

Seemingly referring to the link between Eskom’s R450bn debt burden and the unbundling process, he said: “If you start to unbundle the company, you create separate asset bases, and lenders would become very concerned about their security.”

De Ruyter added that there are among others also significant regulatory licensing and tariff unbundling issues that must be addressed.

The Eskom road map issued by Public Enterprises Minister Pravin Gordhan in October cited that a transmission company would be set up by December 2020 and legally separated a year later, with the unbundling of the generation and distribution entities by December 2022. Both these deadlines have now been pushed back.

Meanwhile, Yelland pulled no punches in addressing Eskom’s “R5bn question” (see press release below), saying that he has little doubt that the R5bn has long since disappeared out of Tegeta “and laundered into far flung bank accounts”.

Eskom’s efforts to recover R5bn from Tegeta stems from a judgment declaring the contract between Eskom as Tegeta as unlawful and set aside.

“The head honchos at Eskom that facilitated this scam and the resulting wrongful payments of R5bn were none other than former Eskom executives CEO, CFO and head of generation Brian Molefe, Anoj Singh and Matshela Koko… and Eskom, which itself admits, will be unable to recover most of this money,” Yelland told Biznews in an e-mailed response.

On Eskom’s negotiations with seven suppliers to lower their coal prices, Yelland said unless the contracts are deemed unlawful and set aside, he did not see much coming from this.

“Eskom needs to acknowledge it voluntarily entered into supply contracts with these coal suppliers, and it is a little late to cry about the contract prices now,” he said.

Yelland lamented the fact that unlike Eskom, electricity customers don’t have the luxury of “simply negotiating better deals with their electricity supplier, which is Eskom. Nor does Eskom feel the need to drop its electricity prices in negotiations with customers. In fact Eskom wants the put the prices up even more.”

The National Energy regulator of SA (Nersa) approved tariff increases of 8.76% for direct Eskom customers and 6.90% for municipalities, effective from July 2020.

During a joint presentation to Parliament’s Appropriations Committee on 27 May 2020, in the questions from the honourable members of parliament an impression was created that Eskom had erroneously overpaid an unnamed contractor to the tune of R5bn, and that it was failing to recover the funds in the alleged overpayment. The impression was also created that Eskom was concealing the identity of the contractor who benefitted from the alleged mistake.

Three honourable MPs put questions to Eskom’s board and management, with one enquiring whether Eskom was involved in any coal supply contracts that were higher than the average market price of coal. Another MP alleged that Eskom had mistakenly made a payment of R4 billion to an unnamed contractor and wanted to know when the funds would be recovered. The third MP increased this amount to R5bn, and wanted to know who this beneficiary of the alleged R5bn mistaken payment.

For ease of reference, the whole recording of the parliamentary discussion can be found here:

Eskom wishes to place the following facts on the record:

In responding to the questions, Group CEO Andre de Ruyter told the committee: “We have identified seven coal suppliers, who in our opinion, are charging Eskom too much for the coal that they supply us. We have commenced negotiations with these seven coal suppliers. And we are making good progress with these suppliers and in due course we will be able to update the committee on these matters. We are involved in negotiations and we will when we present our comprehensive feedback in due course come back with a timeline as to when we will close these matters as you suggested.”

In terms of the alleged mistaken R5 billion payment to a contractor, De Ruyter told the committee: “In terms of financial recoveries, again to echo what the Eskom chairperson has indicated, we are very aware that we have an obligation to recover monies that were paid incorrectly and unlawfully to various organisations, and we are working closely with the SARS, the Special Investigation Unit, the Hawks, the JSE for those companies that are listed on the stock exchange, and the head of investigations at the office of the NDPP. We are seeking to recover some R600 million that was unlawfully paid to a company called Trillian, which was in a partnership with McKinsey & Co.

“We are participating in the business rescue process of Tegeta Exploration & Resources where we have a claim of R5bn against the business rescue practitioners. We think that based on the available money it will unlikely be that we will realise the full R5bn and we will probably receive a significantly smaller amount than that.”

To emphasise: The R5bn is the total value of Eskom’s claim against Tegeta Resources & Exploration, which is in business rescue. This contract was concluded years ago, and was set aside by the high court earlier this year. Eskom is participating in the business rescue proceedings to recover the funds.

Negotiations with these seven companies, with which Eskom has binding coal supply contracts, also concluded years ago, and which, in the opinion of the current management team, are inflated above the market price, are at advanced and sensitive stages.

At this point, publicly airing any detail of these talks would have a detrimental outcome to Eskom’s interests. Parliament and the public will be updated on these and other matters as and when the talks progress.