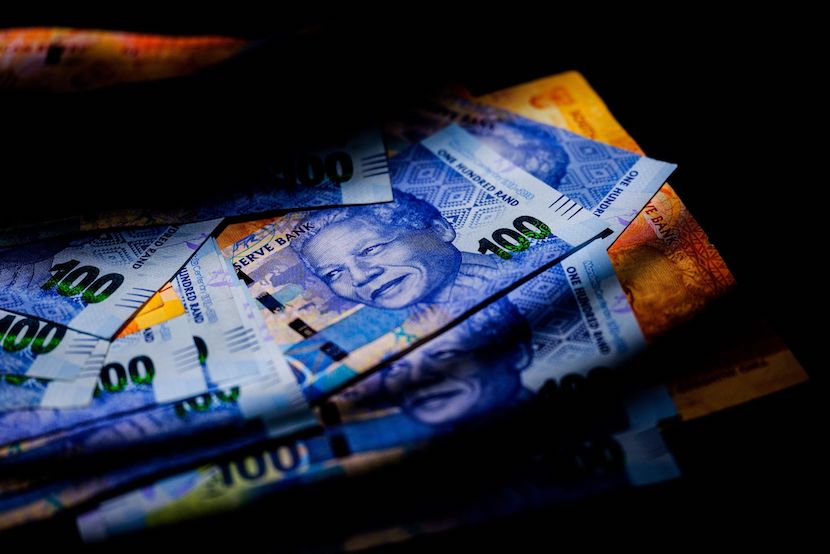 The South African economy is reeling from the global pandemic; strict lockdowns, economic recession, increasing infections – is there hope of recovery on the horizon?

The grim reality of Covid-19 in SA

Many countries around the globe are suffering the dual effects of a global pandemic and economic shutdown – a disaster scenario for any economist. South Africa was one of the first African countries to impose a lockdown, travel ban and economic slowdown to curb the outbreak. Its level 4/5 lockdowns are some are harshest imposed in the world. Six months on and the country is still reeling from an economic recession as cases/deaths increase at an alarming rate. South Africa has more than 550 000 confirmed cases of the virus and has suffered 10 751 Covid-19-related deaths.

From the struggling Gold industry to the automotive sector, we look at some of the markets affected by the pandemic and what the outlook is for future investment:

1. All that glitters isn’t always Gold… 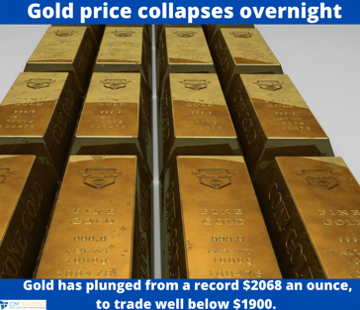 Gold hit a record high of $2068 during the first week of August, breaching that all-important $2000 barrier. The precious metal has risen more than 30% in 2020 despite the coronavirus playing havoc with the global economy.  The incredible performance however ended overnight on August 11; The gold price has ended its meteoric rise in 2020, from a record $2068 an ounce earlier in August to trading well below $1900.

[Take the safe bet to profits, invest in Gold today]

Gold hit a record high of $2068 on August 6, yet at the time of writing, it has fallen to $1862 rallying to $1920 during early morning trading. Many however believe the price could still rally later this year. The gold market remains popular and a safe bet for investors. With one of the biggest gold reserves in the world and with more than 100-years of experience mining the commodity, why is South Africa’s gold industry crumbling?

Once one of the bastions of the industry, the output from South Africa’s gold mines have dramatically dropped over the past decade and is the lifeblood of nearly 100 000 workers.

The country now only accounts for about 4% of the world’s gold production yet curiously it’s not because the country is running out of the precious metal; 50% of all gold reserves are found in the Witwatersrand Basin, the largest gold resource in the world.

With the record price of gold, you would think investors would be clamoring to reignite SA’s ailing industry. Yet this is not the case.

Light at the end of the mine tunnel

One area of good news is offshore invest; Australian company Theta Gold Mines has pumped R1- billion into building a mine in Pilgrim’s Rest, Mpumalanga.

New technologies could also improve mining operations and could lead to derelict mines being reopened to access reserves that are still untouched underground.

Capital investment is needed and South Africa will have to become a more tempting prospect for mining companies, especially as it’s competing with fellow African countries over mining operations. Like any investment, the country needs to offer a more accessible, less risky climate to attract investors back to its mining sector.

2. Recession – the biggest contraction in 90 years 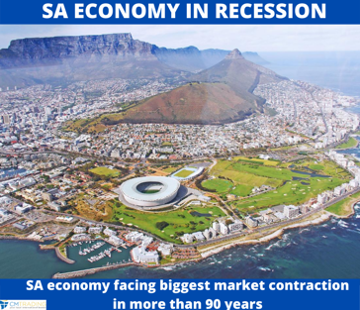 SA, like many countries, has seen a huge drop in GDP as a result of lockdowns stunting economic growth. With a fiscal deficit of -14.6% of GDP and gross debt at 81.8% projected for this year, South Africa’s economic outlook is grim; Previous projections of deficit and debt were at -6.8% of GDP and 65.6% for 2020/21.

Given its economic recession credit rating agencies are likely to downgrade SA further; SA is rated at BB to BB- for both its foreign and local currency ratings. The good news released by Government is that it believes its debt could peak at 87.4% by 2023/24, reports the Finance Ministry.

Experts warn that the country could see a 5%- 10% decline in GDP in 2020, even the most optimistic pre-lockdown scenarios were only predicting only 1% this year.

During the budget speech in June, SA finance minister Tito Mboweni stated that the biggest issues facing the country are a severe drop in production, high levels of government spending, ballooning debt and failing SOEs. The minister said that the pandemic has not only been disastrous for the country but that the global economy, forecast to expand by 3.3% in 2020, is now facing a contraction of up to 5.2%. The South African economy is now expected to contract by 7.2% in 2020 – the biggest contraction in 90 years.

To mitigate the damage, the Government has reduced lockdown measures to boost production and says it’s committed to reducing its spending. 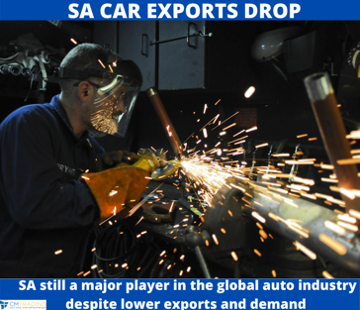 The initial wave of lockdowns and economic shutdowns in early March 2020, sent the oil price plummeting and coincided with reduced automotive production and low consumer demand for vehicles. South Africa has always been a nation obsessed with vehicles yet the 2020 pandemic has put the nation’s love of all things automotive to the test with severely reduced sales and output.

For comparison, SA exported a record 387 125 vehicles (in both left- and right-hand-drive configurations) to more than 100 countries in 2019, recording export revenue of R148-billion.

The positive news for SA is that with restrictions lifted, the output can return to pre-Covid-19 levels. Local markets have also seen an increase in vehicle sales.

An interesting development in the automotive sector is that many manufacturers have turned to produce Personal Protective Equipment (PPE), which remains in high in demand as the country continues to deal with escalating Covid-19 cases, to offset vehicle production.

The National Association of Automotive Component and Allied Manufacturers (NAACAM) says that some of its member manufacturers are producing face shields and visors using existing capacity, machinery and raw materials. 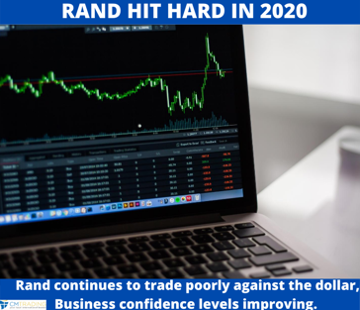 The South African rand hovered around 17.39 against the dollar on Wednesday, reflecting the slow pace of the country’s recovery. The US is seeing a surge in its currency as investors remained optimistic that US lawmakers will reach a deal regarding Covid-relief package. Economists forecast the Rand to reach R17.89/$ by the end of the quarter to a high of R18.46/$ by the year’s end. The Rand hit an all-time high of R19.35 in April of 2020. If restrictions are lifted, the country could move to level 2 later in August, the Rand could rally as the economy grows.

Business confidence levels are improving reports the South African Chamber of Commerce and Industry (SACCI) reports. Levels dropped to a record low of 70.1 in May but have rebounded to 82.8 in July.

The organization believes that Government should reopen more of the economy devastated by the harsh lockdown.

5. SA has thousands of millionaires 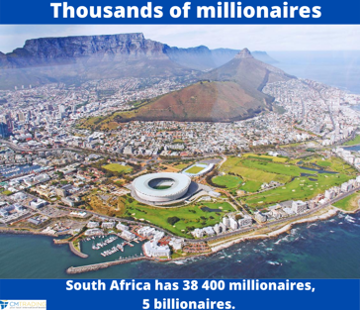 With the doom and gloom of the recession it’s easy to forget that SA is home to many millionaires and billionaires.

The 2020 South Africa Wealth Report, released by New World Wealth, reveals that SA has reportedly 38 400 millionaires or high net worth individuals (HNWIs), each with net assets of $1 million or more. The high concentration of HWIs makes SA the largest wealth market in Africa and the 32nd largest worldwide in terms of total wealth held.

Five billionaires are living in South Africa, each with net assets exceeding $1 billion. So, what do these individuals use to generate wealth? Equities (29%) is the most popular asset class for HNWIs, followed by the Real estate (25%), business interests (20%), cash and bonds (16%), alternatives (8%) and collectables at 2%. The report revealed $84 billion of South African assets are under management.

CM Trading offers more than 150 tradable assets including the most popular stocks and stock indices available in the markets. CM Trading clients get access to a wide range of global equities, exceptional trading conditions and robust safety and security under the auspices of the Financial Sector Conduct Authority (FSCA) in South Africa.

Being a retail brokerage that specializes in CFDs (Contracts for Difference), CM Trading provides clients with unique advantages such as 20:1 leverage on all major stocks, which allows traders with smaller accounts to gain exposure to much larger positions. This translates to substantially higher profit potential, however, it should be noted that leverage also increases your exposure to downside risk.

On the other hand, while leverage typically adds a certain degree of risk to any investment, CM Trading also offers negative balance protection, thereby guaranteeing that potential losses will never exceed your invested capital.

If you are interested in learning more about how you can take advantage of price movements in the best-performing stocks in tech, or aim to gain from fluctuations in the exchange rate of currency pairs, you will find that CM Trading’s unique offering of innovative services and diverse account types is suitable for both beginner and experienced traders.

Register here to get started.