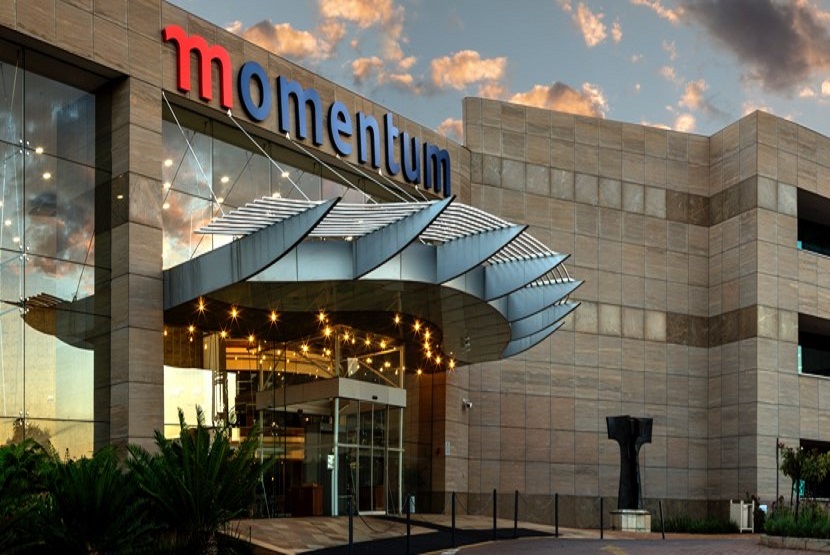 Earlier this month, South African insurer Momentum announced that it would be funding a stock-ownership programme in which 3% of its shares would be offered to black employees. Momentum staff would acquire 44.9 million ordinary shares “as the company seeks to align its ownership with the demographics of its client base”, Bloomberg reports. Apparently, this is one of the ways that South African firms “shake up shareholdings after the country’s apartheid system channeled most wealth to white people”. Sarah Gon of the Daily Friend asks: when white employees contribute equally to the company’s success, is this then not also an example of racial discrimination? – Claire Badenhorst  *Momentum says there are some misunderstandings about its scheme. Please scroll to the end of the article for its clarification note. – Editor

The Institute of Race Relations (IRR), founded in 1929, has espoused non-racialism for decades, a principled position it hasn’t always benefited from.

Since Black Economic Empowerment (BEE) was implemented by the African National Congress (ANC), particularly in the form of Broad-Based Black Economic empowerment (B-BBEE), some corporate donors have insisted on an affirmative action audit as a condition of their donating.

We have never agreed to do such an audit, even at the risk of losing sponsors, which has actually happened. It is completely antithetical to the non-racialism that is at the core of the IRR’s values.

The issue of the race nationalism of the ANC has received increasing attention in the media recently. Notwithstanding the dire state of our economy, the state intends doubling down on the implementation of B-BBEE by the private sector.

According to editor of Politicsweb James Myburgh, as quoted by William Saunderson-Meyer: “One of the characteristics of the ANC is that it demands moral compliance with its racial project. Every institution in society has to formulate a little ‘race law’ of its own, setting out how it expects to achieve the racial goals the ANC has set for employment, and then submit an annual report in this regard to the Department of Labour. In 2019 the department received 58 of these reports from national government, 133 from provincial government, 184 from local government, 133 from State-owned enterprises, 298 from educational institutions, 566 from non-profit organisations, and 26 113 from the private sector.”

Read also: Who is lying about R1bn increase on locomotive deal between Transnet executives at Zondo?

The Democratic Alliance (DA) recently formally adopted non-racialism as its guiding principle, including for any programme that seeks to uplift poor people and improve their access to opportunities. The DA realises that race as a determinant for upliftment has done little, if anything, for the vast majority of the poor.

The DA was excoriated by most of the mainstream media, which support the Constitution’s non-racialism but are blind to the idea that ‘affirmative action’ can take any form other than BEE and B-BBEE as devised by the ANC. Many in the mainstream media criticise BEE often, yet the ANC’s version of it appears sacrosanct.

It is farcical that determination of race is reliant on ‘self-identification’. Yet if a public sector panjandrum believes you are not the race you purport to be, you may be charged criminally for fraud. The ANC considers its definition of race to be supported by a hierarchy of suffering – black first, coloured second, Indian/Asian third – with the whites as the victimiser.

Glen Snyman, an Oudtshoorn teacher, faced a disciplinary hearing (the charge was later withdrawn) by the Western Cape Department of Education for ‘fraudulently’ self-identifying as ‘African’ rather than a ‘coloured’, in an unsuccessful job application in 2017.

As colleague Marius Roodt wrote in the Daily Friend: “Snyman is apparently also something of an activist, being the founder of an organisation called People Against Race Classification. In a 2015 interview, Snyman said that race classification created ‘division, stereotyping and hatred among people’ and that South Africa should not classify people as it had during apartheid. He had also previously started a campaign to encourage coloured, Indian, and white South Africans to state they were ‘Black Africans’ when filling in forms requiring demographic data.”

Public officials are using informal and random criteria to make a determination in a way that is remarkably similar to that of the apartheid government: ‘Black’ hair? Origins? Accent? Home language? There is no law in South Africa today that sets out criteria to determine the race of a person; legislated race classification died with the demise of apartheid.

Read also: Sad SAs speak: The ANC leaves us no choice… we have to emigrate!

The foundation of the obscenity of apartheid was the Population Registration Act, 1950. As Dougie Oates wrote in the Cape Times in 2016, “… it was created to provide definitions of ‘race’ based on physical appearance, as well as general acceptance and ‘repute’… Its implementation ushered in the era … in which some fair-skinned members of families deserted their darker-skinned kin to gain what was seen as a precious white identity document.”

In 2020, there are few who wouldn’t find this law repulsive and utterly demeaning with its echoes of Nazism. Monty Python’s Flying Circus could have done something with this.

Yet, Roodt notes: “Some in the new cottage industry of B-BBEE verification have suggested that, when a dispute arises, technology such as ‘genetic testing’ could be used in ‘determining’ race. The question would then be: what percentage is required before you can declare yourself black? But do we want to be a society so dystopian that we use genetic testing to determine the race of individuals before they can benefit from government policies?”

The iSabelo Trust will acquire about 44.9-million shares. Allocation of units in terms of the scheme will be structured such that “at least 85% of the economic benefits will accrue to black employees and at least 55% to black women employees”.

“Broad-based employee ownership allows MMH to represent the demographics of the clients it serves and also develops an ethos in employees that is aligned to shareholder and client expectations,” Momentum said.

Read also: Angry SAs protest farm murders: ‘An attack on a farmer is an attack on the economy’.

Thus, a benefit is being granted to all African, coloured and Indian/Asian – but not white – employees of Momentum, with an allocation being made even for black employees who don’t yet exist.

White employees contribute equally to the company’s success. Probably, many of Momentum’s employees were very young children when apartheid ended and some weren’t even born yet.

There are two questions for Momentum: How can this proposal not amount to plain racial discrimination? And is this proposal anything but a sop to government and compliant companies to allow Momentum more access to business opportunities?

The article states that “a benefit is being granted to all African, coloured and Indian/Asian – but not white – employees of Momentum,” – this is inaccurate as the transaction is for all permanent SA-based staff of all races, including white.

We have actually been in contact with Michael Morris at IRR this morning regarding the article on DailyFriend and offer the same information below:

By way of background, an initial SENS announcement regarding the Momentum staff share scheme may have caused some confusion in the market. There was an initial piece written by Bloomberg, which has subsequently been corrected, that unfortunately was syndicated widely with the initial inaccuracy.

Below is a release to accompany the SENS announcement and circular that was issued on Friday 23 October that provides more clarity.

Momentum Metropolitan announced a proposed transaction to strengthen its B-BBEE ownership and retain its competitive empowerment rating, a business imperative. This is to be achieved via an inclusive employee share ownership scheme that will benefit all permanent South-African based employees. This transaction is in line with the company’s inclusive and authentic approach to ownership and transformation, and includes all races.

Momentum Metropolitan embraces the authentic advancement of inclusive economic transformation and the meaningful participation of black people. The transaction supports the Group in further enhancing its B-BBEE objectives through more representative ownership. The Group’s focus on broad-based empowerment through employees aligns with its growth strategy. The pursuit of economic transformation has become an important business requirement and becomes even more important in enabling sustainable new business opportunities and growth. This inclusive transaction will therefore contribute to value creation for all the Group’s stakeholders including shareholders, clients, financial advisers and employees.

The Scheme will benefit people from various income groups (broad-based empowerment), while honouring its entrepreneurial spirit by giving employees the opportunity to be co-owners of the business. It will be available to all current, permanent employees, as well as future employees over the next five years and will constitute 3% of the issued ordinary share capital of Momentum Metropolitan Holdings which would result in approximately 44.9-million shares being acquired for employees.

This transaction costs the Group 10% of the full transaction value, since 90% of the transaction is funded with debt, which will be serviced and repaid through dividends and share growth. Staff therefore benefit from the 10% discount, and the extent to which the total shareholder return exceeds the cost of the debt.

Approval and implementation of the Scheme is subject to 75% shareholder approval. A vote on this will be taken at the Group’s general meeting to be held in November 2020.

*As per the B-BBEE Act “Black people” is a generic term which means Africans, Coloureds and Indians –

Through its client and retail-facing brands Metropolitan (www.metropolitan.co.za) and Momentum (www.momentum.co.za), and our other specialist brands, including Guardrisk (www.guardrisk.co.za), Exponential and Eris Property Group (www.eris.co.za), the company exists to help businesses and people from all walks of life to achieve their financial goals and life aspirations. The Group provides long and short-term insurance, asset and property management services,  including investments and savings products, healthcare administration, managed care and health risk management, employee benefits, including healthcare and retirement provision and value-adding client engagement solutions such a Multiply, a wellness and rewards programme.