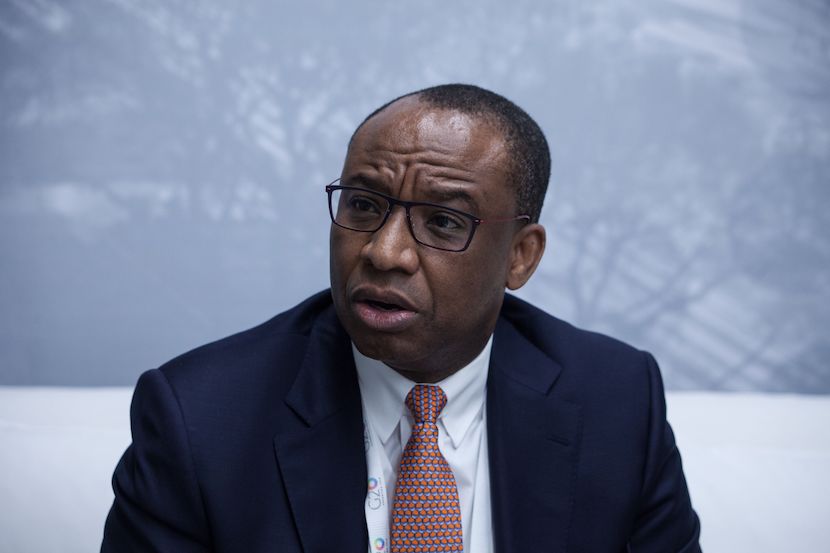 Daniel Mminele, Absa Group’s first black CEO, resigned last week. According to Bloomberg, Mminele left the company following a ‘dispute’ over strategy. This has left the Absa’s future hanging in the air, as the third event to plague the bank in recent months, with deputy CEO Peter Matlare passing away earlier this year from Covid-19 complications. More recently, the bank was in the spotlight for pulling off a controversial move; closing their Money Market, sparking surprise from many in the banking and investment community. Bloomberg reports that the company is now facing a dilemma – appoint an internal successor or target an outsider? Interestingly, Mminele was Absa’s third CEO in just two years. – Jarryd Neves

(Bloomberg) – Absa Group Ltd.’s parting of ways with Chief Executive Officer Daniel Mminele following a boardroom bust up leaves the future of South Africa’s third-largest bank up in the air.

Chairman Wendy Lucas-Bull has said the board must move quickly to bring about stability, but the to-do list for interim head Jason Quinn and whoever fills the role permanently is lengthy. The company is about three years into a new era as a freshly independent group following a split from former UK parent Barclays Plc, and signs of a new direction are just starting to form.

The lender’s first Black CEO resigned on Tuesday following a dispute with some subordinate directors over strategy, less than two months after his deputy Peter Matlare died from complications from Covid-19. The dilemma now facing the Johannesburg-based company is whether to appoint an internal successor to Mminele or once again target an outsider.

Absa said the bank understands the “concerns and disappointment.”

“Jason has been tasked with ensuring that the business remains resilient,” the company said in emailed comments. “His focus will be to align leadership and colleagues behind a clear way forward.”

The lender this month closed a $6 billion money-market mutual fund, South Africa’s largest, reviving speculation the bank may look to sell its wider asset-management unit. Absa is also the only one of the country’s top three lenders to resist resuming dividend payments after a coronavirus-related pause, suggesting a different take on navigating the crisis than rivals.

Investment banking head Charles Russon and retail boss Arrie Rautenbach are both pushing for more focus on their respective divisions, while the rest of Africa portfolio – previously part of Matlare’s remit – remains without an official leader. Quinn also has a number of other executive positions to fill, including a head of digital solutions, innovation and technology.

“Appointing an external CEO to implement a strategy that had already been developed and agreed by a management team and board created unmanageable complexities,” said Stefan Swanepoel, an equity analyst at Prudential Investment Managers, which holds 2.4% of the bank’s stock. “We would rather this was resolved than continued as a rift embedding unnecessary friction.”

It took Absa almost a year to appoint Mminele, who became the bank’s third CEO in two years when he replaced the previous permanent head, Maria Ramos, in early 2020. The former deputy governor of the country’s central bank also became the third Black leader of a major South African lender, but his departure this week cut that number to one.

South Africa has directed efforts toward raising the number of Black leaders in companies to reflect its demographics and help reverse the effects of Apartheid policies.

“Whenever a senior Black executive leader exits, it is a setback,” Polo Leteka Radebe, president of the Association of Black Securities and Investment Professionals, said in response to written questions.

While Absa grapples with identifying a new CEO, Quinn, who has been its financial director since 2016, must keep on implementing the strategy announced in 2018 to reclaim market share lost to competitors during the Barclays era.

“The implementation of the strategy has to date shown signs of success,” Prudential’s Swanepoel said.