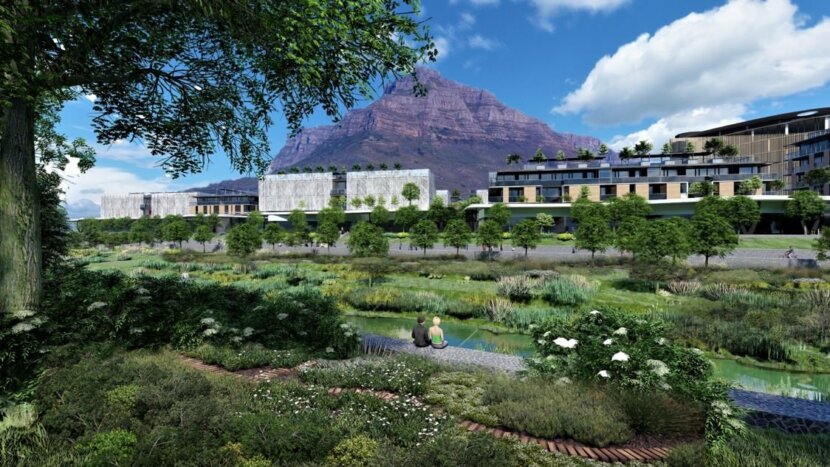 Amazon, the retail and tech multinational founded by Jeff Bezos, is facing legal opposition from a number of environmental and heritage protection groups. Earlier in the year, the City of Cape Town gave the go-ahead for the commencement of the development. The 150,000 square metre development will create over 5,000 direct jobs and up to “19,000 indirect and induced jobs would be supported, said the City of Cape Town. According to MyBroadband, the LLPT (Liesbeek Leisure Property Trust) – who own the land on which the development is to be built – planned to begin construction in mid-June. The Observatory Civic Association labelled the development as “profit-driven” and “at the expense of environmental protection and respect for heritage.” In response to the claims, the LLPT has said the association’s claims was “potentially delaying the creation of thousands of jobs and environmental rehabilitation.” This article was first published on MyBroadband. – Jarryd Neves

Online shopping giant Amazon’s plan for a new African headquarters on a piece of prime real estate in Cape Town is facing opposition from a coalition of environmental and heritage protection organisations.

The City of Cape Town recently approved the R4bn River Club mixed-use development, for which Amazon will be the anchor tenant.

The city said the development – which will be built on a 15-hectare piece of land in Observatory next to the Liesbeek River – is expected to boost the Cape Town economy and create 5,239 direct jobs.

In addition, up to 19,000 indirect and induced jobs would be supported, the city stated.

The new precinct will include restaurants, conferencing facilities, a school, and events space, and is set to be built over the next three to five years.

The image below shows a rendering of what one part of the development will look like. 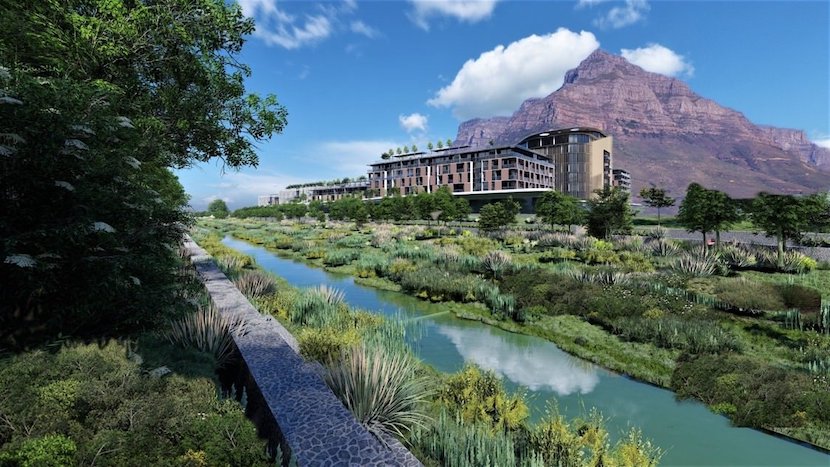 According to a report from The Sunday Times, the Observatory Civic Association (OCA) plans to launch legal action seeking a court order to set aside the environmental and land-use authorisations for the area in which the development will be built.

The site for the project was rezoned from a conservation space to commercial use earlier in 2021.

This move faced significant opposition from organisations like Heritage Western Cape, which said the area was recognised as a “sacred space”.

The city claimed its decision was based on the need to balance investment and job creation, along with heritage and planning considerations.

According to a blog post on the OCA’s website, Liesbeek Leisure Properties Trust (LLPT) – the owner and developer of the land – had issued a Notice of Intention to Commence Construction along with a grievance process for disputes from the public earlier in May.

LLPT stated that it planned to start construction at the site in mid-June.

In response, OCA has sent a letter to LLPT in which it asked the company to stop earthworks until its case was heard in court.

It labelled the “profit-driven” development as being at the expense of environmental protection and respect for heritage.

It has garnered significant support for its view, with a petition launched by the association on Change.org racking up nearly 50,000 signatures in less than two weeks.

OCA chairperson Leslie London said that they had written to Amazon boss Jeff Bezos twice about the issue, but had not received any reply to date.

In response, LLPT has slammed the OCA’s view and claimed it was potentially delaying the creation of thousands of jobs and environmental rehabilitation.

The LLPT further claimed that it had the support of First Nations representatives, who would operate a heritage centre on the property.

It also said it would undertake vast cleaning and rehabilitation projects at its own cost to restore the area into an environmentally-sensitive and safe space.

Amazon has a strong connection to South Africa. Amazon’s Elastic Compute Cloud (EC2) service was built in Cape Town between 2004 and 2005 by Chris Pinkham and a team of Cape Town engineers.

Since that time, Amazon has maintained a presence in Cape Town, and in 2018 moved its local AWS staff to an eight-story building in the city.

It also launched an Amazon CloudFront Edge location in the city that same year, improving the availability and performance of content delivery from to users in both Cape Town and Johannesburg.

In April 2020, it announced its AWS Cape Town region had gone live, allowing developers and companies to access low-latency links to AWS services and cloud-based applications.

In June 2020, it announced it was hiring 3,000 employees in South Africa, including customer service associates and technical experts.

The company is currently still hiring in South Africa, with 148 full-time vacancies in Johannesburg and Cape Town being available at the start of May 2021.