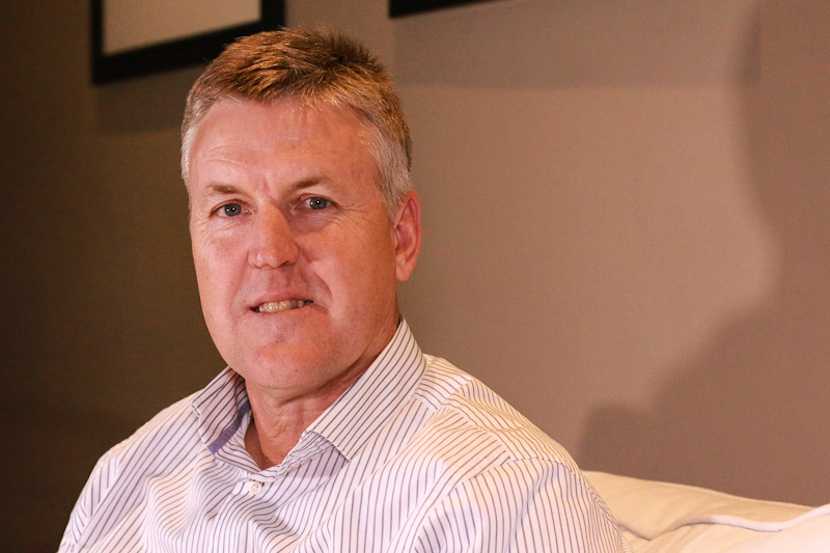 Since his appointment in 2018, CEO Stephen van Coller has actively been trying to clean up the legacy and remnants of corruption that still plague the technology business. As MyBroadband reports, “EOH has been struggling to rid itself of the history of widespread corruption at the company, including kickbacks to win lucrative tenders.” Now, the company is suing the former CEO and founder, Asher Bohbot and other executives for R6.4bn. The civil claims relate to damage exacted on the company, as the former CEO and execs “failed to deal with corruption at the company.” Earlier in the year, the DA announced that they would be taking both EOH and Johannesburg mayor Geoff Makhubo to court in relation to corrupt activity. Speaking to BizNews van Coller said that “judging by the way they worded [it], I’m sure they’re looking to go after the previous management, as some of them have been implicated. We’ve done a lot of work, as management, to get that information out there and did an independent review, reporting everything we found.” Listen to that interview below. – Jarryd Neves

EOH is suing its founder and former CEO, Asher Bohbot and three other executives for a combined R6.4 billion for not dealing effectively with corruption at the company.

These claims relate to damage inflicted on EOH because they failed to deal with corruption at the company.

“EOH is going after Bohbot and King on charges of delinquency, breach of fiduciary duties and breach of contract,” TechCentral said.

The amounts sought by EOH from each of the executives are:

These lawsuits come amidst revelations of widespread corruption, BEE fronting, and tender rigging at EOH.

EOH has been struggling to rid itself of the history of widespread corruption at the company, including kickbacks to win lucrative tenders.

When media reports of corruption at EOH emerged in 2017, the company downplayed their significance.

In mid-2017, EOH released a statement saying media reports about EOH have been a cause for great concern for the company.

“With the assistance of an independent legal firm, we have conducted a review and are satisfied that the insinuations in these reports are false and untrue, and we have repudiated them in the strongest terms,” former EOH chief executive Zunaid Mayet said at the time.

“We are confident that our overall governance, risk and compliance framework and processes are robust and strong.”

This was not the case and further reports emerged about corruption and tender rigging at the company.

In September 2018, Stephen van Coller was appointed as the new CEO and he started the process to clean up corruption at the company.

He later admitted that he had no idea when how much bribery and corruption he would be faced with when joining the company.

Van Coller is now actively weeding out corrupt elements at EOH to restore the company’s reputation.

His actions include testifying at the Zondo Commission, where he aired the company’s dirty laundry in public.

Van Coller told the commission EOH paid millions to ANC politicians in donations and made irregular payments in exchange for lucrative tenders.

He revealed that EOH paid R865m to subcontractors where there is no evidence of work done. There was also a lot of inappropriate gifting, sponsorships, and donations.

The lawsuits against former EOH executives are the latest step in Van Coller’s war on corruption and holding those guilty accountable.

While his actions are widely welcomed, and his work at the company is applauded, the company is still struggling to recover from the damage inflicted by corrupt executives.

FNB Wealth and Investments portfolio manager, Wayne McCurrie, explained that a lack of trust was to blame for the poor share price.

McCurrie said there are good businesses in EOH with long-term contracts which generate annuity income. This bodes well for the company’s prospects. However, institutional investors were badly burned by EOH.

“Institutional investors have a very long memory, so I can’t see institutions starting to invest in EOH yet,” he said.

The actions from rogue former EOH executives have therefore caused tremendous damage to the company and its investors.

Commenting on the decision to sue EOH’s former leaders, Van Coller said the new board decided to go after the perpetrators to see if they can get back any of the money.

“It is a process me and my management team had to go through as the board feels they have to follow their fiduciary duties to the shareholders,” he said.

He said apart from Bohbot, King, Mackay, and Laher, they are also going after other executives, a few companies, and their directors.

He said the process involved an investigation, after which the findings were provided to Werksmans Attorneys for guidance.

Werksmans responded with a way forward, which EOH acted on.

“It is now over to the lawyers, and they must do their job,” said Van Coller.

Yesterday marked a significant milestone in EOH’s journey towards closing off its inherited legacy issues and holding those responsible for the governance failings that took place accountable. In reference to the recent TechCentral article, EOH can confirm that it has filed civil claims and is suing a number of former EOH executives including Asher Bohbot (former CEO), John King (former CFO), Jehan Mackay (former Head of Public Sector) and Ebrahim Laher (former Head of EOH International) for a total of c.R6.4billion in damages incurred by EOH.

When the new EOH Board mandated ENSafrica to conduct a comprehensive investigation into the large public sector contracts, they committed to be transparent on the process, the outcomes, cooperate with authorities, prosecute where there was wrongdoing and implement the correct and appropriate governance frameworks. It was through that process that a number of governance failings, including unsubstantiated payments, tender irregularities and unethical business practices were uncovered. The new Board throughout, ensured transparent cooperation with the relevant authorities including the SIU, Hawks and the Enquiry into State Capture.

The actual losses incurred as a direct and indirect consequence of the wrongdoings which included revenue lost due to reputational damage, fines, settlements and the ENSafrica investigation were substantial. Furthermore, significant man-hours were spent by the various internal teams dedicated to the investigation as well as dealing with the consequences of the wrongdoings. This effort was critical to saving the jobs of as many EOH people as possible as the new Board sought to avoid blacklisting by EOH’s partners and customers. The incredible support and response we have received from our stakeholders has resulted in the winning of multi-year contracts and is a strong indicator that we have followed the correct strategy.

Said Stephen van Coller, EOH Group Chief Executive Officer, “It has been no easy feat getting to this point. The new EOH leadership team is immensely proud of everyone who has been involved in this process of saving the jobs of many people and ensuring EOH’s continuing support for our customers in their critical digitisation journeys. As a result of these efforts EOH remains a leader in the ICT sector in South Africa. EOH employees have shown immense loyalty and grit as we have navigated the past two years and the Group can now focus on the of building EOH 2.0 – a unique business with innovative solutions driven by incredibly skilled and passionate people.”