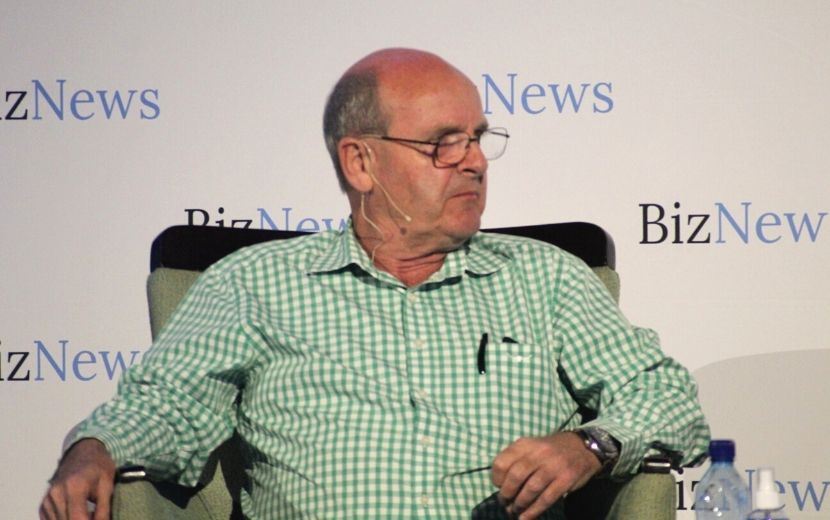 Paul O’Sullivan is an ace forensic investigator who has put graft-tainted individuals behind bars. He is credited with bringing down the seemingly untouchable former Police Commissioner Jackie Selebi as well as former SAPS Commissioner Khomotso Phahlane. SA tech company EOH also made it onto O’Sullivan’s radar in 2017. O’Sullivan joined the BizNews Power Hour to discuss the former chairman of SAA – Dudu Myeni – going AWOL at the Zondo Commission this week. What followed was a revelatory examination of the sordid corruption around EOH. O’Sullivan referred to an email that he sent to EOH in 2018 detailing the course of events around the uncovered corruption. The email can be read below. – Nadya Swart

Paul O’Sullivan on Dudu Myeni’s failure to appear before the Zondo Commission:

Well, I think it’s common knowledge that I started on Dudu Myeni, I think I sent her an email in November 2014 where I warned her that she was going onto my radar screen. And we opened the first docket against her in March 2015, the second in January 2016 and the third in March 2016. So, it’s three criminal dockets and all of them are still awaiting prosecution. So there are issues on that front. But if you look at Dudu Myeni’s background; I mean, her son is now in his early 20s – he’s an extremely wealthy boy. None of my children had that sort of money at that age, and I think it’s due to the fact that he’s got a very well connected mother and father. So I think this handing out of cash to people who have done nothing to earn it – it’s starting to come to an end now. And of course, the other news today has been the alleged payments to city contracts.

Now, I need to mention that EOH was on our radar screen as far back as 2017. In fact, I met with the head of forensics at EOH at the Certified Fraud Examiners Conference in Johannesburg in September 2017, and I handed him a bundle of documents and said; ‘You better have a look at what’s going on inside EOH, because there’s massive corruption going on’. And a few weeks later, a SENS announcement came out – a week after the fact, they’re supposed to do it pretty much on the same day – a week after the fact that Messrs Mackay and King dumped 200 million pounds worth of EOH shares. And they allege that they were forced to sell them because they pledged the shares for loans that they’d made. But I think that whole thing really should have been properly scrutinised.

On the corruption surrounding EOH:

We met with the then CEO of EOH at the Grace Hotel in Rosebank. On the top floor they’ve got a little swimming pool deck, and we met there and had a cup of tea. And I was quite robust with him, and I said to him; ‘Look, you’re in charge of a company which is involved in massive corruption’. And I pointed out a couple of examples, and the one example I pointed out was the relationship that they had with a company that they had purchased called FDA, which was slinging money at the then chief of police, Khomotso Phahlane, in return for soft contracts worth hundreds of millions of rands in the police.

And of course, it subsequently came out that they were involved in other wicked deals with the police. And in fact, they were involved in what we call evergreen contracts with the police as well. And those contracts today are still being fought over, because they un-purchased the acquisition of FDA, which was Keith Keating’s company, and Keith Keating had to pay them back R389 million, which was the 50% purchase price they pay up front. And I pointed out to them that if Keith Keating paid them back any money, he was paying them with the proceeds of crime.

On the question of where all the corruption ends:

What they have to do is they have to go for the low hanging fruit. Now, if somebody is involved in a corrupt relationship for a number of years, in theory, you can have a charge sheet that looks like a telephone book. And I’m not talking about the Yellow Pages – I’m talking about the big fat telephone book. Now, it’s not a great idea to prosecute somebody on several thousand charges. What they should do is pick five to 10 crisp, clean charges where payments have been made.

I sent an email to EOH in January 2018 setting out the true course of events when it became apparent – I can’t remember who it was, but somebody said that we’d been threatening EOH. Well, I suppose we had been threatening them. I’d been asking them to come clean. And we talked about this so-called involuntary dealing, and I set out in a fair amount of detail with dates involved as well the course of events.

Thanks for the cool drink and chat this afternoon.

I confirm your explanation that the R192m in ‘involuntary share dealings’ was because the persons or entities concerned had ‘pledged’ the shares as security for some or other loan they made. The right to sell the shares was triggered by the financial institution that made the loan.

This effectively means that Messrs Mackay and King, disposed of (by virtue that they lost control over) the shares at the time that the shares were pledged as security. As mentioned to you, I am of the opinion that the ethical and correct thing to do in such a situation would be to make a SENS announcement that the shares have been pledged. Whilst I do not doubt the truthfulness of your explanation, I confirm having advised you that in my humble opinion, the SENS announcements that were done were both, post factum and opaque in nature.

I feel, given the happenings at EOH, particularly around the Keith Keating issues, the SENS could have been somewhat more transparent, as the transaction very much looks like ‘insider trading’ or at the least attracts a suspicion of such. I should clarify by saying I am not accusing anyone of insider trading, but an investigation by the FSB would certainly clear the air. I am still of the opinion that a more detailed SENS would help restore investor confidence.

On the subject of the three companies, which I shall call ‘the Keating companies’, the following is apparent:

I hope that EOH can restore investor confidence and tender my assistance in this regard, on a pro bono basis.