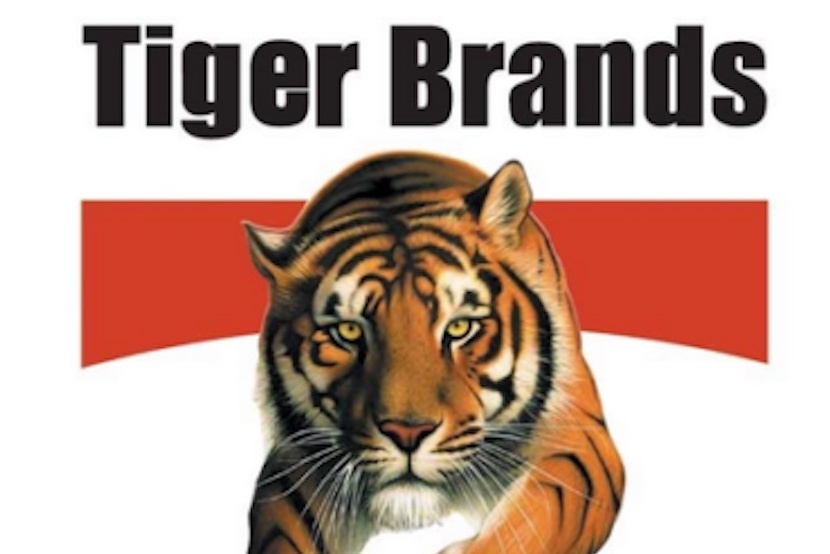 Tiger Brands has been hit by yet another product quality scandal with South Africa’s largest food producer recalling millions of canned vegetable products. Another headwind for the once high flying JSE counter, following the listeriosis saga which caused great financial and reputational damage. The business is still mired in litigation following the outbreak and has chosen to fight the claims rather than settle. In a statement (below for ease of reference) released to the market before the opening bell on Monday, Tiger Brands said whilst most of the defective products were not released to the market as a result of not passing the final quality assurance process, some products were released to consumers and that those consumers are encouraged to return its affected products. A list of the affected products is detailed below. The timing could not be worse with Tiger Brands fighting higher food input costs as a result of the underlying soft commodities ballooning in price over the past twelve months. Given the low margin nature of its operations, Tiger Brands has struggled to pass on these higher input costs to consumers. The share price has been under pressure as a result, nose-diving to an intraday low of R190, almost 7% down for the day following the announcement. The graph below shows the value destruction since the listeriosis saga which the business has struggled to recover from since 2018. Will this mishap be the tipping point for a further sell-off?  – Justin Rowe-Roberts 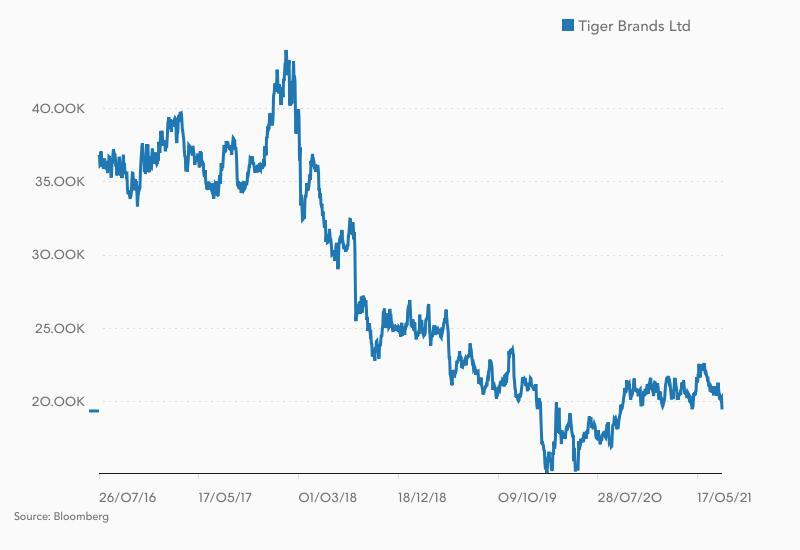 If you have KOO or Hugo’s veggie cans at home made between 1 May 2019 – 5 May 2021, you can return them to your supermarket or wholesaler for a refund, Tiger Brands said in a statement. pic.twitter.com/mMLCRHiqGm

Shareholders are referred to the interim results announcement of 20 May 2021, which included disclosure in respect of defective packaging materials identified at one of the Company’s sites. This related specifically to a small number (18) of leaking food cans which had been identified by Tiger Brands’ Groceries division during May 2021, as part of its internal quality assurance processes.

These defective cans were identified prior to the final labelling of the finished products and were traced back to three different batches of cans which had been purchased from one of the division’s key packaging suppliers. This incident was immediately reported to the packaging supplier.

Shortly after reporting this incident to the packaging supplier, we were notified by the supplier that a further three batches of cans could have presented the same defect, which was a deficient side seam weld that could cause the cans to leak.

The six defective batches referred to above were the subject of the disclosure made by the Company on 20 May 2021. It is important to note that all the affected finished products manufactured, using these six defective batches of cans, were never released to the trade and were placed in quarantine for further investigation, with the knowledge and agreement of the packaging supplier.

After the initial identification of the six batches containing defective cans, a full investigation of all cans sourced from this supplier was initiated. In the early part of June 2021, the investigation identified a further small quantity of leaking cans in the finished goods warehouse. These were unlabelled finished product and, as a result, had not yet passed through the Company’s final quality control and inspection procedures. These defective cans were traced back to a seventh batch of cans purchased from the packaging supplier and, therefore, was not part of the defective batches of packaging material identified in May.

Unlike the defective cans identified in May (which had been isolated), it was established that a portion of the cans from this seventh defective batch had been released to the trade in the form of finished product. This release to the trade was after following the normal quality assurance processes which did not yield evidence of leaking cans.

Despite the Company having found no evidence of any leaking cans in the trade or with consumers, and with the agreement of the packaging supplier, it immediately initiated a rigorous transport and handling test. This entailed transporting both labelled and unlabelled product from our warehouses in Johannesburg to our facilities in the Western Cape. The purpose of this test was to assess whether the leaks could manifest after the finished product had passed through Tiger Brands’ quality assurance processes and left Tiger Brands’ custody. Out of 287 040 cans inspected after the transport and handling test, a side seam leak had developed in two cans. These two defective cans formed part of the first six defective batches received from the packaging supplier.

A leak in a can presents a risk of secondary microbial contamination after the canned products are dispatched into the marketplace. Where such contamination occurs, it will present a low probability of illness and injury if the contaminated product is consumed. Notwithstanding that only two side seam leaks had been detected as a result of the transport test, with consumer safety as an absolute priority, Tiger Brands considers it appropriate that it institutes an immediate recall of all products that could potentially be affected. This involves the withdrawal of specific canned vegetable products manufactured under the KOO and Hugo’s brands between 1 May 2019 and 5 May 2021 (both dates inclusive), amounting to approximately 20 million cans, which is ~9% of annual production. A full list of the potentially affected products can be found on the Company’s website at www.tigerbrands.com.

Tiger Brands has engaged with the National Consumer Commission on this matter and will, with immediate effect, roll out an appropriate consumer and customer communication plan in respect of the recall. The recall is expected to be concluded in approximately 120 days.

The financial impact of the recall, including the cost of the potentially affected stock that may be written off, transport and storage costs, as well as the loss of margin on the returned stock, is estimated at between R500m and R650m. Tiger Brands has product recall insurance for the logistics of recalling the products. The Company’s claim under the contract with the third-party supplier is yet to be assessed.

Shareholders will be updated as appropriate.

The financial information contained in this announcement has not been reviewed or reported on by Tiger Brands’ auditors.