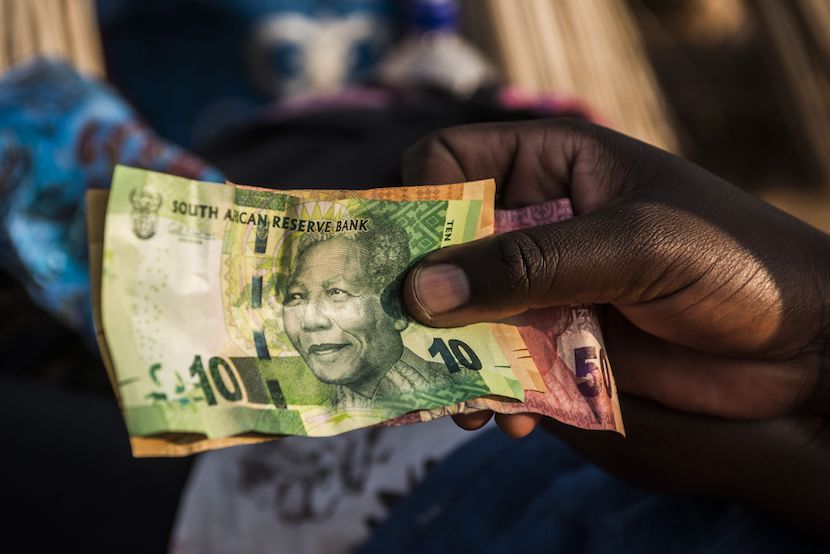 South Africa’s economy contracted the most in a century in 2020 and lost 1.4 million jobs as restrictions to curb the spread of the coronavirus weighed on output and forced some businesses to cut wages, reduce staff or close permanently. The deadly riots and week-long looting spree in KwaZulu-Natal-Natal and parts of Gauteng further decimated the country’s economic misery – costing the country an estimated R50bn in lost output and placing 150,000 jobs at risk. In response to the economic devastation caused by the riots and looting, President Cyril Ramaphosa unveiled a new relief package to help businesses and individuals recover –  which includes reinstating a monthly basic income grant of R350 for the poor until the end of March 2022. The return of the basic income grant is estimated to cost South Africa around R23bn, a cost which – as is articulated in this article – the country simply cannot afford. Riaan Salie, a writing fellow at African Liberty, argues that more state dependency will worsen the poverty crisis and that the basic income grant ‘is an elitist experiment that will further cripple the state’s ability to deal with future security threats.’ The article provides a sobering perspective of the reality of South Africa’s economic crisis. – Nadya Swart

South Africa’s economy lost R20bn and 150,000 jobs due to riots in KwaZulu-Natal and Gauteng. The spate of violence and looting has led to renewed calls for a Basic Income Grant (BIG) from advocacy groups. President Cyril Ramaphosa has responded by suggesting that his government is considering a BIG as it would show “that the government cared.” Given that 11 million citizens survive on less than R27 a day, the calls for urgent solutions to poverty have become heightened.

According to 40 advocacy groups, government needs to give R1,268 a month to citizens. However, the ANC has reportedly planned on giving a R500 a month grant to citizens aged 19-59, who do not receive any other grant. The BIG grant is distinct from other grants in that no means-test is required in evaluating who should receive the grant; this makes BIG attractive to political actors across the ideological spectrum.

South Africa is on the brink of economic implosion because of poor performing State Owned Entities (SOEs), unreliable electricity supply, high levels of corruption and an overly regulated economy. Within this context a BIG is unviable particularly because of the shrinking tax base and more budget spending cuts – to divert those funds towards the BIG – would be devastating to vulnerable communities. The push for a BIG can only be characterised as the support for a government failure grant to plaster over the failures of the ANC’s 27 years in power.

The National Income Dynamics Survey shows that the number of adults living in the middle-class and above has declined by 55.73%. Importantly, the middle-class and above contributes 90% of income tax revenue. Making the proposal for funding a BIG through increased taxation is both impractical and will be catastrophic, since the number of individuals who earn below the minimum wage has increased by 54%. Simply put, South Africa cannot fund a BIG through taxation.

The Deputy Director-General for the branch of Social Development, Dianne Dunkerley, revealed that there is not enough money to fund temporary disability grants. Adding to these problems was the inability of the South African Social Security Agency (SASSA) to pay 210,000 grants in 2020, frustrating recipients. The rollout of the R350 Covid relief grant to almost 7 million people was plagued by inefficiency, delayed payments, and scandal. The delusion that the same government, that has failed to adequately rollout existing grants, will miraculously fund and rollout a BIG is laughable.

The police budget was defunded by R11 billion, and the Justice Department’s budget was cut by R194 million. Members of parliament have realised that the defunded police budget crippled the ability of the police to quell rioters in KZN and Gauteng. Any government’s chief obligation is the protection of citizens; instead communities had to defend themselves with little to no support from the state. The BIG is an elitist experiment that will further cripple the state’s ability to deal with future security threats.

Aside from the myriad problems stemming from the BIG proposal, the purpose of the grant may have flown over the heads of some proponents. A BIG’s core purpose is to cover the shortfall in the job market created by widescale automation of human jobs. Unlike may developed nations, South Africa’s government can hardly maintain reliable electricity supply – automation is the least of this country’s problems.

Ironically, South African proponents of a BIG plead poverty as a reason when mounting the argument for this impractical grant. Yet, it is the ANC government’s damaging, unfriendly policies which have driven unemployment to record rates last seen in 1920. More state dependency worsens the poverty crisis; to state that another grant would be catastrophic would be an understatement.

Had the ANC government opted for real market reforms instead of debilitating equity frameworks, cadre deployment and strict market conditions, then the economy would have been 30% larger and created approximately 2.5 million jobs. People who value government over private industry do not understand either government or private industry. Calls for more taxation – in the name of equity – are encouraging citizens’ money to be syphoned away to fund failing state projects.

Bolstering the economic growth rate is imperative for driving down unemployment, and consequently poverty. A BIG is certainly no silver bullet for the vast socioeconomic problems facing the country. Worryingly, the same government which has created these economic problems is seemingly trusted by proponents of BIG to solve them.

South African BIG proponents are mounting a case for the grant based on how it has been implemented in other economically prosperous nations with high employment, growth and importantly an automation gap. South Africa has none of those; in fact it is a deeply impoverished country with a government that has not “cared for the people” for 27 years.

The government’s renewed interest in a BIG is only a smoke screen for the ANC’s catastrophically failed efforts to create economic prosperity. The belief by advocacy groups that the ANC can solve the poverty crisis with another grant speaks to a delusional fantasy that citizens need to be married to the government.