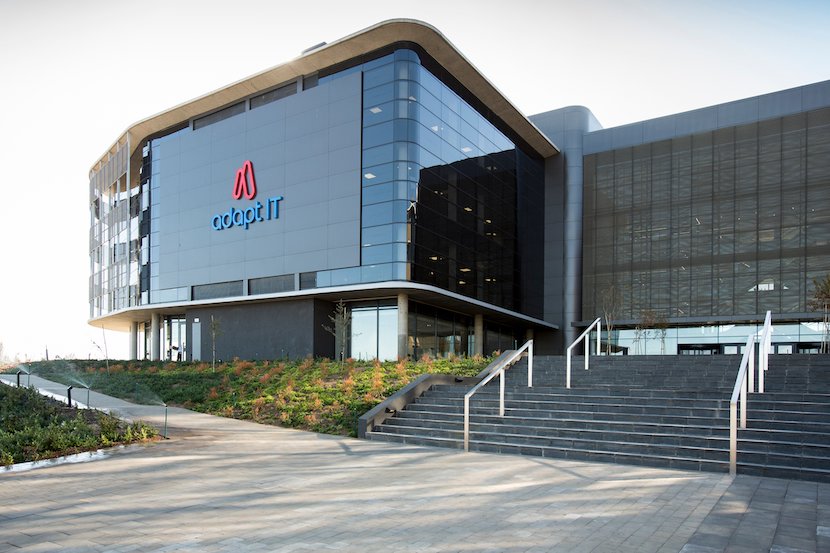 Sbu Shabalala’s successor Tiffany Dunsdon joined the BizNews team on Adapt IT’s results day. It’s been a rollercoaster of a year for Adapt IT, with the software business being the subject of a hostile takeover bid by the Huge Group and a friendly offer from Volaris. The Volaris cash offer of R7 per share looks a foregone conclusion with Adapt IT set to become another departure from the local bourse. Whilst all this has been happening, ex-CEO Sbu Shabalala resigned following allegations that he ordered an assault on his estranged wife’s partner. Dunsdon reflects on the challenges and difficulties faced since taking the reins only a few weeks ago. – Justin Rowe-Roberts

On co-founding Adapt IT:

I was the CEO of Infowave Holdings at the time and I had been for several years – I’ve been with Infowave since 1999. And in fact, Sbu (Shabalala) was previously with Infowave many moons ago. He started his business in 2003 and I was involved in that – on his board for a couple of years as an enterprise development initiative. He grew very successfully and we then conceived of the idea to merge the businesses at the end of 2007.

The climate was very difficult for the whole period of 12 months as compared with three months of Covid in the previous financial results. So it was a protracted period of uncertainty and difficult trading conditions, particularly hitting a couple our verticals, predominantly the hospitality sector and the sectors that have a high proportion of project work – like our energy sector, clients would naturally be deferring projects in a time of uncertainty, particularly in the oil and gas sector. So we did see a slowdown there. On the flip side, we have a very diversified business and a high degree of annuity income because we mostly provide mission critical software to our clients. So irrespective of the trading conditions, they need to use our software in their businesses. So our annuity income went up to 66% from 62% because the mix of revenue changed to have more of the underlying work and less of a project ratio of revenue in the period. So I think we maintained our margins quite well. We were quite defensive in terms of protecting, looking for cost efficiencies. We did have some small downsizing exercises in a couple of the businesses where the contraction in demand was going to be for the longer term. And we have managed to be quite defensive on the margin side of things. So I think all in all, against that backdrop of a very difficult trading period, sound results.

On the reasons for being against the Huge Group offer:

Well, it was an unsolicited offer, which is often characterised as hostile in the media. There was no real meeting of the minds or engagement with Huge leadership. I, for one, have never spoken to or met with any Huge leaders. If one wants to put a business combination together, you really have to engage and connect with the people. I would say that’s probably the failing in the strategy there. Having said that, we did not view the strategic potential synergies in the same way that the Huge Group did. Therefore we don’t perceive that Adapt IT has lost anything from a strategic perspective with regards to the Huge Offer.

On running the business from Australia:

I think technology is phenomenal, the platform that it has allowed us to transact business on. And I think that’s been brought to the fore through everyone’s experience of working from home with Covid. Similarly companies have relied upon their digital platforms to continue with their business. So in actual fact, spending less time on airplanes and traveling and more time connecting has actually been quite effective.