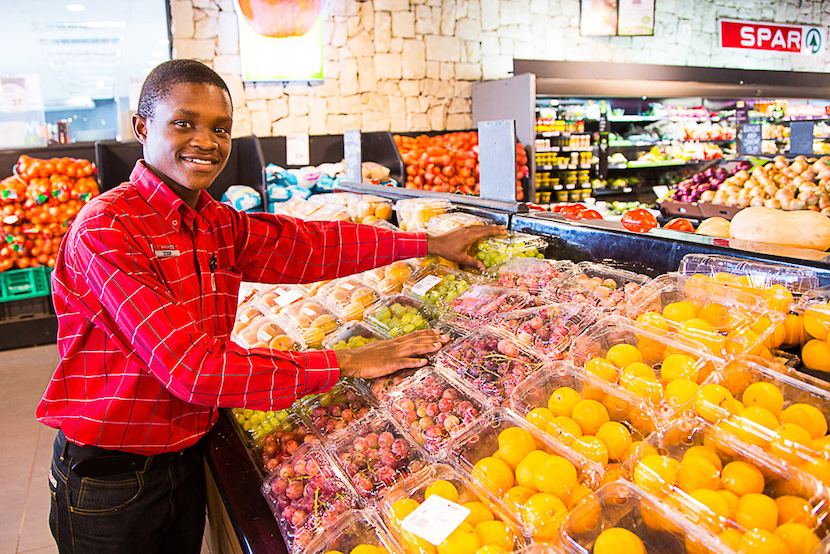 One of South Africa’s leading asset managers Jean-Pierre Verster shared insight into South Africa’s food retailers from an investment angle. The big four food retailers – Shoprite, Woolies, Spar and Pick n Pay – are some of the country’s most well-known brands. Pick n Pay was the first retailer to announce results following the July riots, with the unrest and associated costs negatively affecting its bottom line. Verster notes that a higher inflationary environment will hurt food retailers, leaving those with competitive advantages and pricing power better positioned to profit in the future. Spar’s international expansion is discussed, with it having diversified into rather unknown territories. Lastly, Verster explains he is struggling to find value given the lofty valuations in the sector. – Justin Rowe-Roberts

Yes, an interesting set of results from Pick n Pay. Firstly, as you mentioned, [there was] quite a big impact from the riots. Almost a billion rand of sales between the riots and the lockdowns and the fact they couldn’t sell alcohol for the full period. So quite a big knock in the period that was abnormal. That’s the first thing that stood out for me. The second thing was that the top-line growth is still quite low, even though Pick n Pay said themselves that they were relatively pleased with it. If you compare top-line growth at say 4% versus cost inflation – that might be a challenge in the next few years to keep it low single digits – that is a bit of a concern. They did say they think they could save up to R3bn over the next few years when it comes to their costs, and they’re doing a lot in this regard, like setting up a new distribution facility in Joburg. But long term, I’m concerned if you think about a higher inflation environment, that might be the situation in the next few years. If a retailer is not growing its top line strongly, I think problems could come down the line.

On Woolies having a competitive advantage:

I think it does. I mean, as they call it, share of mind. If you want premium food, if you are hosting a gathering at home or you want really good quality frozen meals, chances are you’re going to go to Woolies. I know that Checkers, as part of the Shoprite Group, is snapping at their heels with its premium products. I think they’ve done a great job to change that perception of Checkers being a more mid-tier brand, to [offering] premium products. For me, Woolies is still the standout – and if they are the standout – they have a share of mind. It means they have pricing power. We know a lot of people – quite often on social media – complain about the high prices of Woolies food, but these people seem to go back. I’m one of those people. I think their quality makes up for the fact that they are priced at a premium – it gives them a moat – that gives them pricing power. As long as they can keep that quality space and dominate at the top end, I do think they will protect their moat and keep on generating above-average returns.

Two smaller countries they’ve also gone into are Poland and Sri Lanka. So, it’s quite interesting that those are the countries that Spar looked at. I think the Spar management team has done really well to see that their big growth in South Africa was going to be muted going forward. They wanted to expand internationally but they saw what the likes of Woolies – and the pain they went through with the David Jones acquisition in Australia – and they wanted to do it in a low-risk way. So, through the Spar head office in the Netherlands, they got in touch with Spar guilds in other countries. They know the model, it’s not a different brand, it’s not a different model. They know these businesses well. I like their international expansion more versus the expansion of some other food retailers like Woolies. If you go years back, Pick n Pay also tried to expand aggressively internationally. It is a lower risk model. There [have] been some swings and roundabouts. Switzerland was weak and then all of a sudden it did very well in the last year or so. They’ve got some issues in Poland. Ireland has been performing well – I think the jury’s still out – but at this stage, it does look like their international expansion has been more successful than other food retailers.

On his chosen pick in the sector:

Well, of all the ones you mentioned, I think Spar is the least overvalued. Of all the other food retailers, we’re scratching our heads and not seeing a lot of value. Spar looks good and after Spar, I would say Shoprite; more on a qualitative basis because quantitatively it does look expensive to me. But if you have a long-term investment horizon, Shoprite is qualitatively well placed. The other food retailers are on the expensive side.