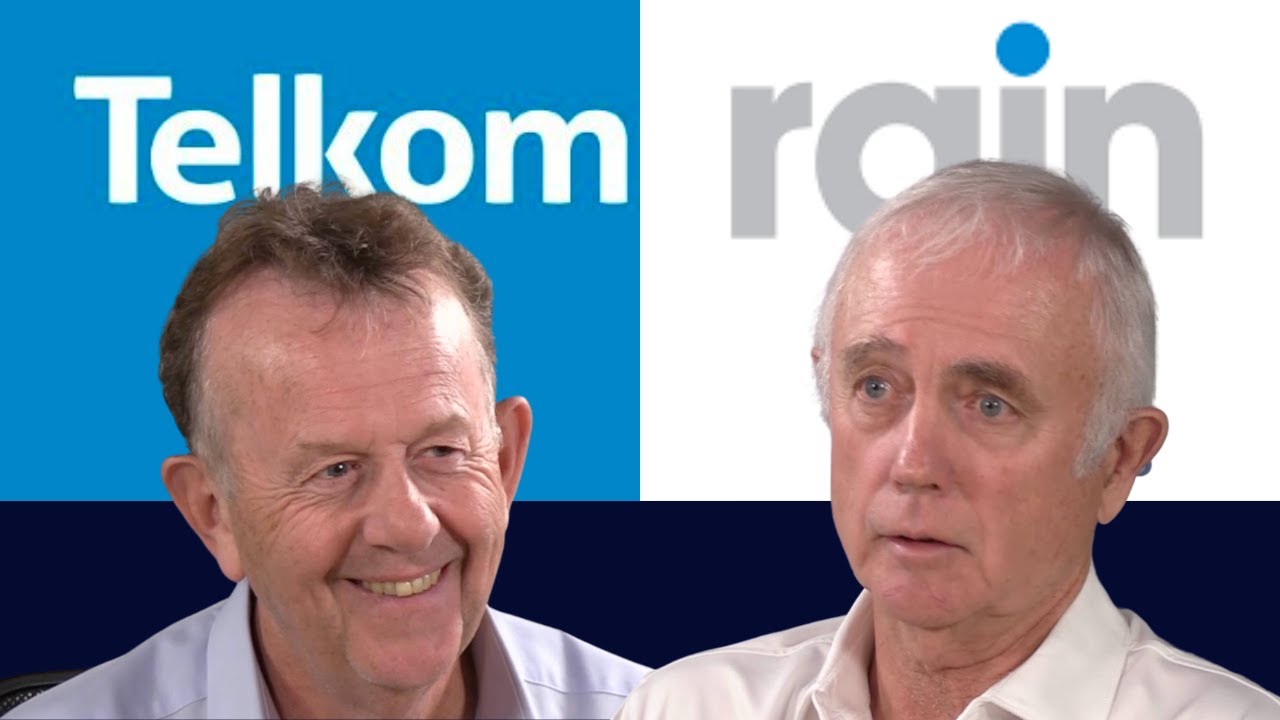 With suitors for Telkom now rapidly emerging, Rain chairman and co-founder Paul Harris visited the BizNews studio to offer the elevator pitch for a merger of his speedboat with the supertanker. Of all the bidders, Harris alone is not in uncharted waters. In 1998, Harris together with partners Laurie Dippenaar and GT Ferreira merged relatively small and youthful RMB with venerable First National Bank. That created FirstRand, a group now worth R390bn, by some margin the most valuable financial services company on the African continent. Harris was today chastised by Pretoria for not following the rules when yesterday publicly disclosing Rain’s desire to merge Africa’s leading 5G player with the former State-owned monopoly. He promises to follow the letter of the law – and jump through whatever hoops are necessary to give Telkom’s stakeholders a compelling alternative to being swallowed up by MTN – or continuing to go it alone.

Well, you’ve got a supertanker out there with some fantastic people in it. It’s got very good systems. It’s got great infrastructure. And then let’s call us a speedboat, maybe a little bit bigger than a speedboat – we’re a bit bigger than that. So now you combine the two and you’ve got something quite special because the big supertanker hasn’t necessarily got the growth potential of the smaller one. They’ve got legacy and in Telkom, there is huge legacy. You know, you have 2G and 3G, incredibly expensive, lots of devices out there with 2G and 3G, you have to continue supporting the devices. There is also legacy and things like business systems, business processes, the way that you distribute, those are things that you can’t really get away from. Very similar to the banking situation when we first got involved, which Is all about branch banking. And over the years we’ve become an Internet bank. But it’s very difficult to then transform the branch into the Internet environment. I just see a lot of similarities in that, that you’ve got the supertanker. And then the other thing is fantastic people. One of the things we found when we went into FNB, we were seen as young smart arses, and there were people within FNB whose only reason for not really performing was that they didn’t have the culture, they didn’t have the empowerment that you get in a smaller company. So I think if you have a merger like this, what would happen is you would try and have that culture. You try and influence the culture. You know, you don’t impose a culture on something, you influence it, and maybe you can influence it to be a more empowering culture, to bring out the latent potential of the staff and the management and so on. So, you know, it’s a relationship that you’d have to build. You don’t just switch it on.

Paul Harris on how he empowered employees at RMB

There are a couple of key things about empowering. As you say, everybody says they do it. There’s not a single CEO that we ask, “Are you empowering your staff?” who wouldn’t say they are. Now the types of things we did is we broke the company into lots of small pieces, lots of small divisions, and we made each division accountable for what they were doing. We call it chunking. So whether it is just a small little regional office in a remote town, they’ve got their own profit and loss account and so on. And they present it and they took ownership of their strategy, took ownership of their profits, took ownership of their capital expenditure and that type of thing. So that’s what we mean by empowering people. It’s quite a big job, but it’s breaking it up into lots of small pieces. And then I think if you are to take our culture and describe it very simply, it’s owner-manager, and I do think we see other people are now using it, but it’s a concept we coined – that in that small business and even sometimes a big business, you know, a big call centre or something like that, you manage it as if it were your own. So that’s always a question you probably can ask somebody. “So should I do this?” What would you do if this was your business? And it’s very often different to what the great big establishment tells you that you should do. And generally, you’ll get the right decisions and you’ll get the right process and then people take ownership of it. You know, if you’re involved in that and you are accountable to it, it’s a tough school. Also, you know, that’s the other thing. There’s not a lot of room for mediocrity and people that are sort of loafing around, you have to perform. You go out there, you have to set your targets and so on and you are accountable.

It’s called competition. You know, who you should really ask is the consumer. What would they like? Would the consumer like people competing with one another, going tough at one another? Or would they like a more comfortable environment of a duopoly? I don’t know of a single consumer that wouldn’t go for a triopoly. So competition is what we want. Competition is government policy. I think it’s the basis of what we’re doing. You know, the competition authorities are there to ensure that there is free and open competition, which is good. So ask the consumer and it may make it a little bit tougher. I can’t talk for other people, but maybe MTN is so much stronger, will become too sort of dominant, more difficult to compete with, and  incidentally, it’s this sort of suggestion that we are talking about – it’s is a request, it’s making a proposal. But what we’re talking about is not Telkom. Telkom hasn’t got two options. It’s not about whether they go with the MTN deal or they go with Rain. That isn’t an option. They’ve got a strategy that they’ve put in place over the last couple of years. On the 1st of September, Openserve becomes a new company. So going at it alone, carrying on as they are, is definitely the number one option. Now there are a few other options being put on the table. obviously a board has to listen to them. And that’s our view. There’s an opportunity here for the company. So let’s listen. And maybe one of these two options,  maybe other options as well that they would consider. And you do what’s in the best interests of all your stakeholders – and your stakeholders are your shareholders, your staff and the community.