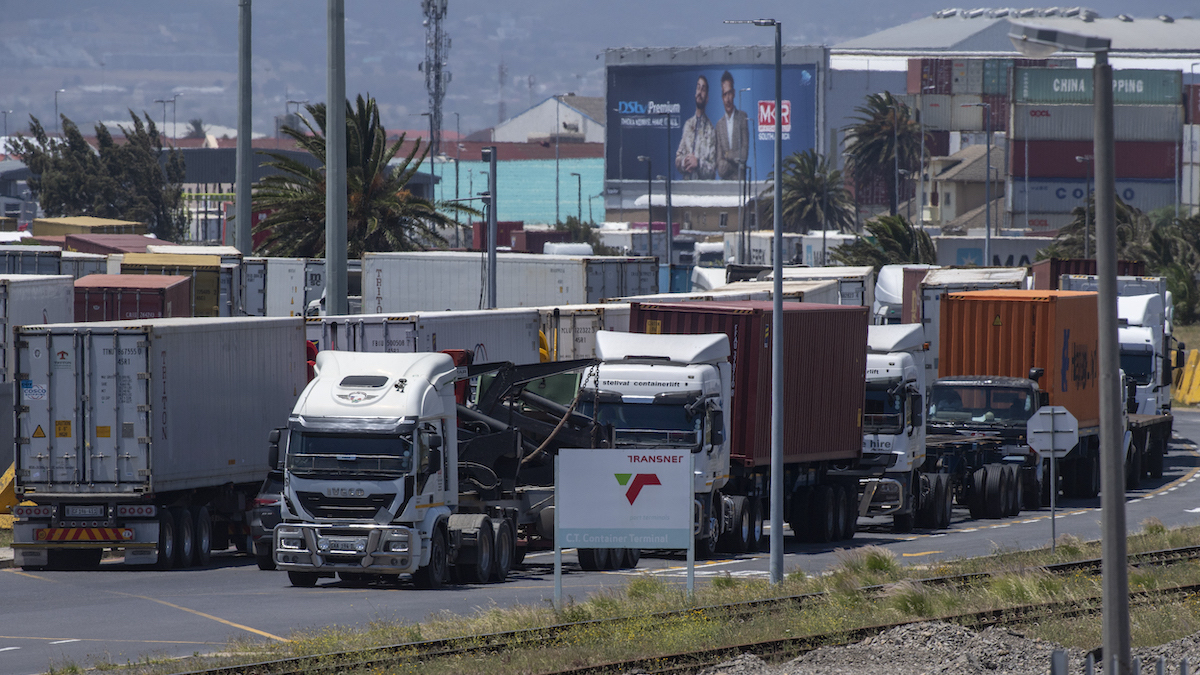 Transnet’s latest annual report highlights net profits of R5bn – marking a significant turnaround from the R8bn in losses in the prior financial year – but the African Rail Industry Association (ARIA) says don’t be fooled. ARIA CEO Mesela Nhlapo spoke to Michael Appel about the state of the country’s ports and rail authority in a climate in which South Africa should be perfectly positioned to take advantage of high coal and commodity prices – but isn’t. ARIA wants the monopoly of Transnet broken, with greater private sector involvement for which there is significant appetite. This particular beleaguered state-owned entity is fast becoming South Africa’s next Eskom, says Nhlapo. She warns that decades of underspending on maintenance and the propensity to throw good money after bad at Transnet comes at a huge cost to South Africa’s economy. Nhlapo quotes Professor Jan Havenga, head of logistics management at Stellenbosch University, as estimating the cost of a floundering and ineffective Transnet at R385bn a year, or approximately 10% of GDP.

On whether Transnet’s R5bn in profits is to be celebrated

At face value it is something to celebrate. I mean, we always look forward to the annual financial statements by Transnet. However, we took a deep dive into the financial statement. In 2022, Transnet generated R5 bn in profit, as we just confirmed. Of the R5bn in profits, R10bn is attributed to fair value adjustment. That fair value adjustment is an accounting non-cash adjustment on assets, meaning that the R5bn that is declared as profit is not cash in the pocket, it is actually an adjustment of the property. So, if the adjustment itself rescues Transnet from a R5bn loss, and should the adjustment be disregarded, that will mean that the R5bn is actually supposed to be a R5bn loss.

On how much the Transnet freight rail maintenance backlog is worth

Our assessment of the backlog is in the region of R27bn. But we went onto Transnet’s financial statements – the Transnet freight rail – and there’s been a significant reduction in actual maintenance expenditure from 2012 – we’re looking at R3.5bn. Next year, 2023, you’re looking at R1.2bn. So, the maintenance not done today will cost you more in the next year or the second year. What we also noticed is that there’s a reduction in maintenance and volumes but an increase in revenue. That means that the actual pricing of the revenue that is generated is generated from overpricing of the volumes or what they charge the clients.

Absolutely. We are struggling as a country. I mean, coming from the pandemic, we should prioritise, plan and implement immediately. With third party access as announced by the presidents in 2020, that should have been implemented immediately. If it were implemented immediately, the money would have come into the fiscus and would have resolved some of the challenges that we have in terms of funds being available to pursue other important projects that are supposed to be undertaken by government.

On the opportunity for the private sector to get involved

Normally it would be an emergency situation where the president will come out and give a direct executive order. But monopolies will always try to hold on. When the President announced the third party access on the 15th of October, 2020, we conducted a study and we’ve been engaging with the agricultural side, automotive side, forestry, the mining side; there is an appetite for a different solution. We also identified where the opportunities are for the private sector. For general freight business, we think that there’s a 70% under-utilization of the track and I think that’s where the opportunities are for the private sector. Recently, a bid was announced but the terms that came with the bid were, in our view, uncompetitive behaviour and trying to hold on. And I think that’s where we need perhaps to look into why they would impose such conditions onto the market. But most importantly, the two things that are increasing at Transnet are the revenue and salaries. If the salaries are not fair market salaries, it means that belonging to a bargaining council, the private sector will essentially be forced to pay the salaries that are the same as Transnet. However, in a free economy, it should not be that way.

On the salary bill sitting at R13.6bn

Unfortunately that is the case, this information comes from their financial statements. There’s an increase in salaries and revenue and a decrease in maintenance, and in volumes. So, something is not adding up. We know engineers who have been working there that have gone, and you have somebody that’s joined Transnet in the last two, three, four years; that institutional knowledge is lost.

Currently, fuel covers the road maintenance but if I am in the rail sector using a diesel locomotive, a certain portion of the tax per litre goes towards maintaining roads. We think rail should not subsidise the roads and rather there should be a removal of that tax that subsidises the road. So, we should see a reduction in the price of diesel.