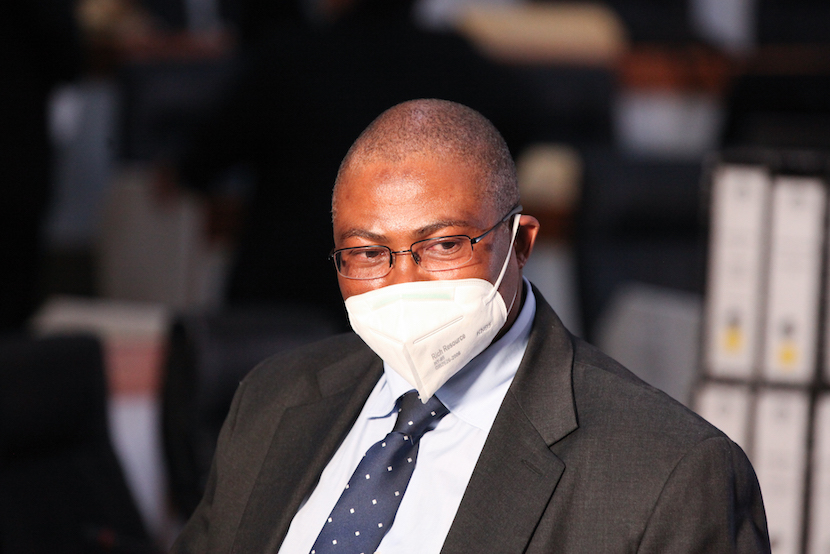 Today’s arrests are a welcome development in this crucial case aimed at unravelling the state capture money laundering network that looted our state-owned entities. OUTA is proud to have contributed to this investigation.

OUTA is very pleased to hear about the arrest of six former Transnet officials and Gupta associates including Transnet’s former CEO Siyabonga Gama by the Hawks and the National Prosecuting Authority (NPA) Investigating Directorate (ID). We believe this is a crucial case in bringing the state capture syndicates to account.

We have waited a long time to see these high-level individuals who orchestrated the capture and massive looting of state-owned entities in a courtroom. We look forward to this trial and, ultimately, seeing this group in orange overalls. They face charges of fraud, corruption, money laundering and contravention of the Public Finance Management Act. Reports name them as Gama, former Transnet officials Gary Pita and Phetolo Ramosebudi, former Regiments director Eric Wood, Trillian Asset Management director Daniel Roy and Albatime director Kuben Moodley.

“The arrests were made on alleged corrupt dealings and kickbacks being paid after Transnet secured a $2.5 billion loan facility from the China Development Bank,” says OUTA’s state capture expert Rudie Heyneke. This loan, of which $1.5 billion was drawn down, was in 2015 as part of the financing for the purchase of 1064 freight locomotives including some of these from the China state-owned CRRC locomotive manufacturer.

OUTA is very pleased to see our own work coming to fruition, as we assisted the Investigating Directorate in this investigation. “OUTA is proud that it could make a contribution towards this investigation and we commend the work of the ID team who finalised the docket to enable prosecutions to start. We believe that more persons will be arrested on this specific matter and we look forward to arrests on other state capture cases as well,” says Heyneke.

In August 2020, OUTA submitted a detailed affidavit to the NPA on suspected criminal acts relating to this loan, involving Transnet officials and Gupta associates who arranged this loan at higher than market-rate interest rates, taking a pay-off of R189.240 million for themselves as “success” fee. OUTA tracked the money flows and gave this information to the Investigating Directorate in the form of a lengthy affidavit with annexures. OUTA’s affidavit was written by Heyneke and was a detailed report and evidence on the planning, negotiation phase, conclusion, the commissions that were paid and how they money siphoned off was laundered.

OUTA’s submission was based on documents including some retrieved from the #GuptaLeaks, from various datasets submitted to OUTA, whistleblower reports, Transnet-related documents submitted to the Commission of Inquiry into State Capture, and the Companies and Intellectual Property Commission database. It explained how payments were taken for “facilitating” the CDB loan, with people with no business with Transnet received funds through an established and sophisticated money laundering network. OUTA’s submission had recommended prosecuting at least 17 people including five of those now arrested – Gama, Pita, Ramosebudi, Wood and Moodley – along with former Transnet CEO Brian Molefe and former CFO Anoj Singh and two of the Gupta brothers. Molefe and Singh moved to Eskom as soon as the Transnet CDB loan had been signed off.