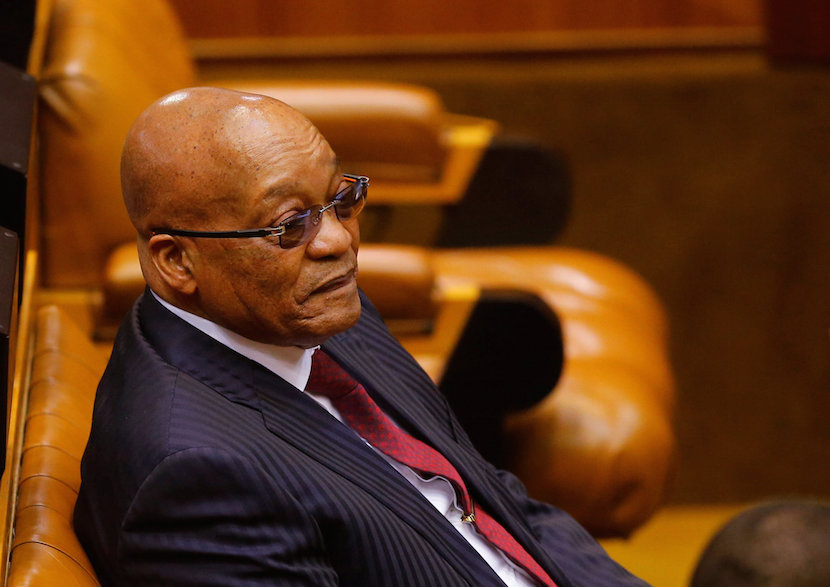 (Bloomberg) – The top six leaders of South Africa’s ruling party held an online meeting with former President Jacob Zuma on Monday to discuss his refusal to testify before a panel that’s probing graft during his rule, but their seven hours of talks failed to produce a decisive outcome.

Zuma told the African National Congress’s leaders that he’d been subjected to unfair persecution and prosecution over the course of two decades, and it was agreed he be “given space” to decide on his next course of action, Ace Magashule, the party’s secretary-general, told reporters after the meeting.

“We all agreed there hasn’t been any intention to undermine the constitution of South Africa,” said Magashule, a close Zuma ally. “We couldn’t stop President Zuma from saying: ‘I’m consulting with lawyers, I’m still going to take my own decisions.”

In January, the Constitutional Court ordered Zuma to appear before a panel headed by Deputy Chief Justice Raymond Zondo to respond to questions about the theft of state funds during his nine-year tenure. Zuma, 78, accused the panel of bias, skipped a scheduled hearing and dared the authorities to arrest him.

The panel responded by filing contempt charges against him and asked the apex court to jail him for for two years. His case is due to be heard on March 25. His conviction may help boost the authority of his successor Cyril Ramaphosa, who’s vowed to clamp down on graft.

The government has estimated that more than R500 billion ($33 billion) was stolen from state coffers during Zuma’s rule, and at least 40 witnesses who’ve appeared before Zondo have implicated the ex-president in the looting spree. Zuma, who the ruling party forced to quit in 2018 to stem a loss of electoral support, has denied wrongdoing and says the allegations against him are part of a smear campaign.

Zuma’s legal travails aren’t confined to his wrangling with the commission – he’s also due to go on trial on May 17 on charges that he took bribes from arms dealers in the 1990s.