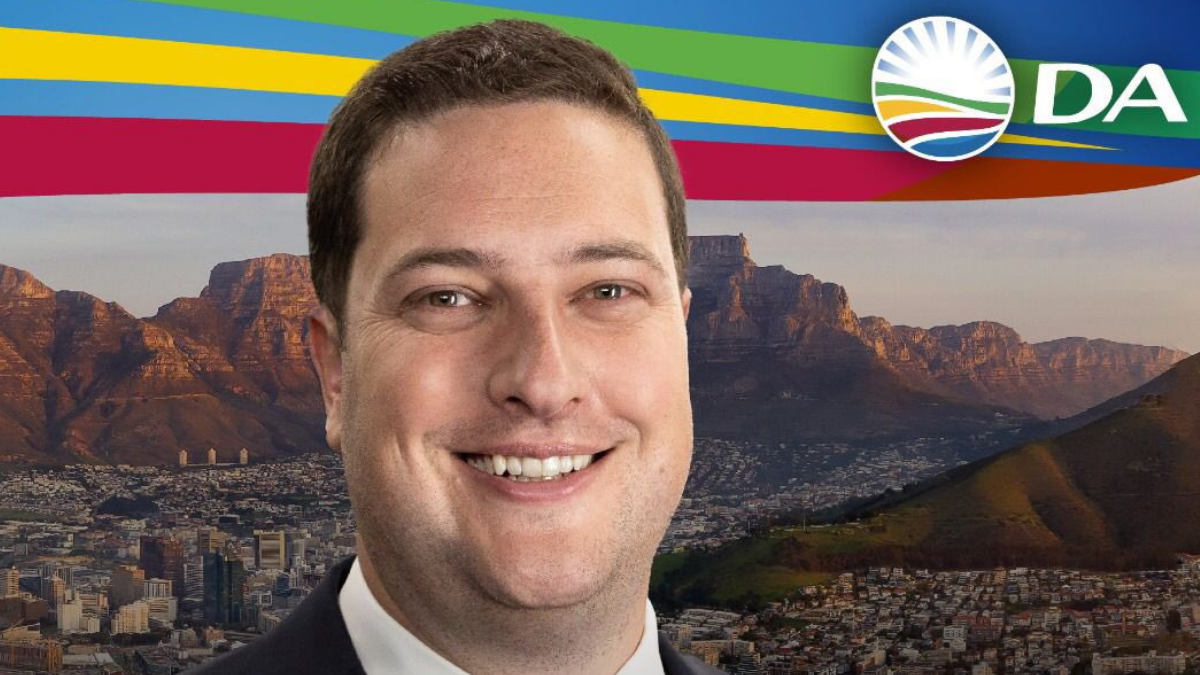 The City of Cape Town is poised to use SA’s electricity crisis to abrogate power over the electricity supply long centralised in Pretoria – and intends soon to be buying solar panel-generated electricity from businesses and households. Its 35-year-old mayor, Geordin Hill-Lewis, who campaigned ahead of last year’s local elections on a promise to end loadshedding, says the unprecedented disruption of Eskom’s supply of electricity has opened a legal door he intends kicking down. In this interview with BizNews.com’s Alec Hogg, he outlines how the city will lead the way for other South African organisations to achieve independence by overturning SA’s archaic laws on energy procurement. It is a watershed moment, he reckons, in the national devolution of political power.

So Cape Town has its own programme to try to end loadshedding as quickly as we can. And I’ve been pushing that very hard in the last eight months, and we’ll continue to push it extremely hard in the months and years ahead. But I was just thinking, out of frustration, just as a citizen of South Africa, what can we do outside of Cape Town at a national level to help what we are doing here? Speed it up and get it done even quicker. And for our programme, the biggest issue is not really the projects themselves, the construction of them, the funding of the land, the installation of solar panels, and connection to our grid. That takes some time, but it’s not the biggest chunk of the time. The biggest chunk of the time is all the endless procurement regulations, the permissions that have to be sought, the registration from Nersa, the licensing. It is a mountain and a forest of red tape that could really be simplified at national level if there was a proper understanding of the scale of the crisis that we’re in.

We are constantly racking our brains for ways to speed up the process. We are going to proceed without asking for what’s called Section 34 determination. And just for viewers who don’t know that term, it’s a kind of permission we need to buy our own power from the Minister of Energy. We do not believe that we need that permission. We believe we are in an unprecedented power crisis in South Africa and we’re going to move ahead without it. And if someone wants to try and take us on about that, then I welcome the challenge. But I don’t believe that it is right to slow down these processes with unnecessary bureaucratic hurdles that have nothing to do with the outcome, in fact, that just delay the outcome. The outcome we want is to end loadshedding as quickly as possible.

From a central government perspective, has rock bottom in terms of rail and energy provision been reached?

I think rock bottom has definitely been reached in rail. I’d love to take credit for the sea change in policy, but I think actually the system has so fundamentally and totally collapsed that there’s a realisation at the center that this really cannot be rebuilt in any meaningful way without devolving it. So I think there is a kind of rock bottom realisation there. I think that we are getting very close to that point if we’re not already there, on energy. And I really would hope for, you know, the floodgates to open. And that’s part of the 10 points I sent to the president: to just do away with all of these unnecessary and arbitrary restrictions. Why do we need the 100 megawatt restriction? That was just an arbitrary number plucked out of the air. It doesn’t mean anything. Do away with it.  Rather, let’s send out a message that says we need to buy as much power as we can, produce it as quickly as possible and get it into the grid without any limit. And so I think we are near to that realisation in energy. As I say, policing it will probably take some time still, but we will keep on pushing the envelope.

On his take on Andre de Ruyter’s plan

I back him 100%. I think he’s absolutely right. And I think that in the long run, his plan will work. But here’s what I’ve always said about De Ruyter. In fact, anyone who runs Eskom who is trying to turn it around, let’s not make it personal, about him. They’re trying to fix that organisation with their hands tied behind their back because he can’t procure power. And South Africa has a power shortage. So as much as he stands up and says we need 10,000 more megawatts or 18,000, I think he said 18 gigawatts of power urgently to replace, to make up for the shortfall and replace that which he actually has, to get rid of these old, these ancient coal power stations. He can’t deliver that outcome because that outcome is in the hands of the Minister of Energy and the Department of Energy. So he can only fix the distribution and maintenance side of the business, in particular the maintenance of the existing power fleet. But there isn’t enough power there. And that fleet is so old that he’s trying to keep the old jalopy running, and there’s only so much you can do. So I have great sympathy for Eskom and whoever runs it – they’re trying to fix a problem with their hands tied behind their back because they don’t run procurement.

On how far along the path the plan is

From our side, I think there’s actually an opportunity to speed it up, especially if we go ahead without asking for Section 34 determination, and especially if Nersa comes to the party with quicker registration timelines. As you know, we finished our first round of bids for four apps. We are now in the phase of evaluating those bids. We are working on a storage tender that’s going to go out in the next few months, in the next couple of weeks, two weeks’ time. I think we are making a fairly significant announcement on embedded generation for businesses, for big businesses, particularly businesses with huge roof space. And essentially, I mean, it’s not a secret, I don’t have to leave it for then. We want to encourage big businesses in Cape Town that have got significant roof space to sell us excess power. And so we are offering very significant incentives. And for the first time, instead of running up credits as previously, we’ve allowed you to run up a credit against your municipal bill for power that you sell to us, but we never actually send you cash. If you want it, we will actually EFT you cash at the end of the month for the power that you sell us. And so that will help to finance the upfront investment a lot and hopefully that gets a good response from the markets. That could help speed up our project.

On what’s stopping the process

Political will. There is absolutely no technological reason why we should still have loadshedding in South Africa. None. The reason we have loadshedding 15 years on, which is only getting worse every year, is because we do not have the political will to focus on the solutions necessary to sort this out. And the key insight that we’ve had in Cape Town is that we are not going to wait around for that political will to develop. I hope that this current crisis has clarified things. And you saw the Op Ed from the president yesterday – I think it was saying that there’s going to be some urgent interventions. I hope that that works. But really, the key insight is you’ve just got to get on and show your own political will and start to do it yourself.