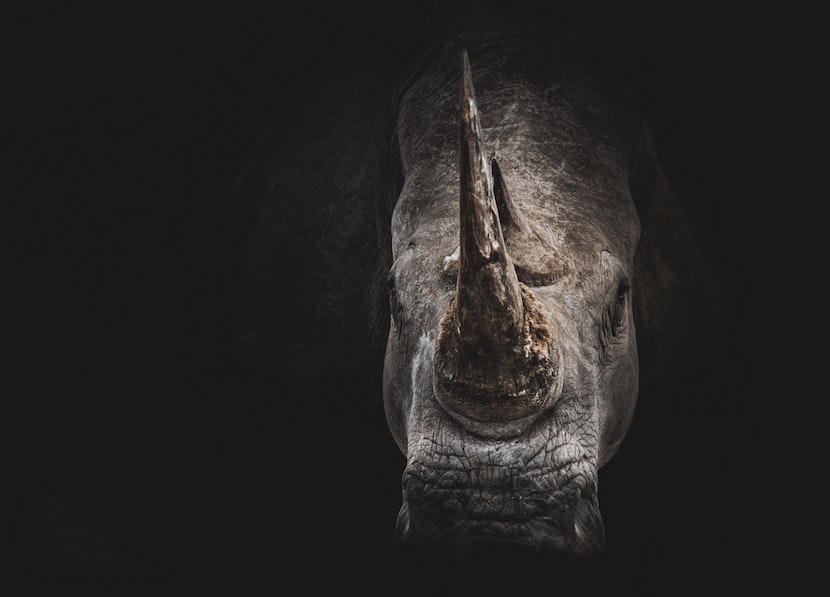 *This content is brought to you by the Mantis Collection

Sadly, for rhinos, growing a long horn these days is a massive disadvantage. The longer a rhino horn grows, the riskier life is for the animal due to the rhino poaching crisis. As you’ll read in our previous article, rhino numbers worldwide have been decimated due to the relentless demand for rhino horn products in the far east.

What is rhino horn used for?

All five species of rhino have been brought to their knees due to their horn being a prized possession for tens of centuries in the far east. This is due to the exquisite color of the horn once carved into jewelry and ornaments, along with their supposed healing properties.

In Yemen, rhino horn is used for the handles of carved daggers called “Jambiya,” which are presented to Yemeni boys at 12 years of age. These are kept as a symbol of manhood and are used as self-defense weapons. In China, the ornamental use of rhino horn dates to the 7th century AD. Rhino horn has been carved into ceremonial cups, jewelry, buttons, belt buckles, paperweights and hair pins.

Far more prevalent however, is rhino horn’s use in traditional medicine in many Asian countries such as China, South Korea, Malaysia, and India. This is used by dissolving the powder or shaving into boiling water and is used for a variety of ailments. Traditionally in China, rhino horn has been promoted by the media as treatment for gout, rheumatism, fever and according to the 16th century pharmacist Li Shi Chen, the horn was also a cure for snakebites, hallucinations, typhoid, vomiting and “devil” possession. It is not, as often believed, prescribed as an aphrodisiac.

Increasing wealth in Asia is accelerating the horn trades growth.

What is a rhino horn made of?

Rhino horn is made from keratin, the same substance as your nails. Unlike the horns of most animals, which are covered by a thin layer of keratin, rhino horn has keratin all the way through. 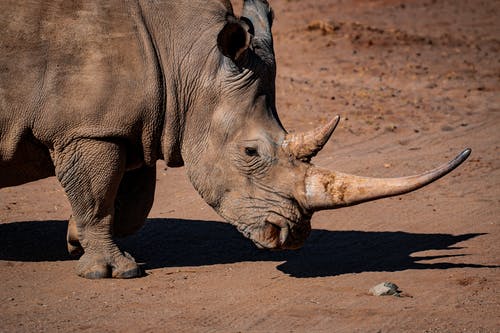 How do conservationists prevent rhino poaching?

Protecting conservation areas of the world is an important part of our future environment and the survival of endangered species. It is within these protected areas that the natural vegetation and animal species can thrive away from human interference. It is especially vital for endangered, and targeted, wildlife species such as rhino where human influence is leading to their decline in numbers.

The creation and maintenance of these protected conservation areas, such as national parks, private game reserves and protected spaces lies in the hands of governments, private stakeholders and conservation heroes who are looking to protect a species on the brink of extinction.

There are a number of organisations in Africa and other regions of the world that are working to improve international and local laws to stop the illegal flow of rhino horn trading and selling. There have recently been discussions around the legalisation of the trade of rhino horn in an attempt to drive down market prices and control the distribution and ownership of legally acquired rhino horn (through acts such as dehorning). Other law changes are focused on harsher sentencing for rhino poachers, with some success being seen in the field, just last week 3 poachers were sentenced to a combined 105 years in jail for their poaching acts in the southern Kruger National Park.

Preventing poaching is the ultimate goal to stop rhinos from going extinct. Poaching prevention measures involve an array of tools and training techniques such as engaging in paramilitary training techniques, night vision helicopter surveillance, electronic tracking equipment and intelligence gathering. These operations are often costly and resource heavy but are undoubtedly necessary in the fight against rhino poaching. This is why many reserves rely heavily on donations, partnerships and tourism to protect these animals to the best of their ability.

One of the preventative measures used by conservationists in the fight against poaching is the ‘dehorning’ of rhinos, where the animals’ horns are deliberately removed in a safe and controlled procedure under the expert guidance of a wildlife veterinarian. This dehorning is a routine and painless procedure for rhinos and is used at many private game reserves, such as Founders Lodge, and was previously being funded through ecotourism conservation levies. However, with tourism having come to a grinding halt while the world battles the covid pandemic, this primary source of funding for conservation has all but dried up. On the other end of the scale, we see that poaching and protected area incursions are on the rise as the loss of livelihoods associated with the pandemic in South Africa increases desperation and the opportunity for poaching increases.

Mantis Founders Lodge is home to several rhinos with two of their subadult white rhino bulls needing to be dehorned. Despite stringent and high-tech security measures, such as AI camera equipment, Mantis’ approach is to make use of all the ‘tools in the toolbox’ when it comes to protecting wildlife in their care.

Be part of a conservation legacy. Travel with purpose: