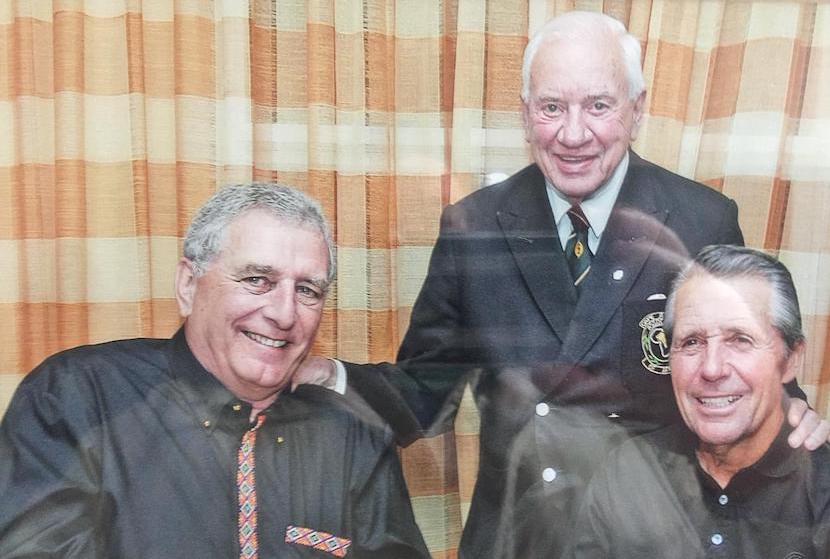 Who was Dr Ian Player?

Pioneering conservation legend, the late Dr Ian Player was a globally recognised visionary and an activist who has influenced conservation and changed the lives of countless people.

Before beginning his conservation journey, Dr Player fought in Europe in World War II at age 17. When he returned home, he worked in the gold mines, but dissatisfied, he became a game ranger in the 1950s. Dr Player found his true passion for wildlife after experiencing his first encounter with a white rhino. In 1952 he became Warden of the iMfolozi Game Reserve. Ian dedicated himself to fighting for the protection of threatened wilderness areas through campaigns such as Save the lakes of St Lucia. Through his work and as the founder of the Wilderness Leadership School and the Wilderness Foundation, he gained international recognition.

Were white rhinos once considered extinct?

Following the extensive wildlife hunting by the European settlers in Africa, the Southern White Rhino was thought extinct. Fortuitously, Dr Ian Player discovered a small population of around 40 Southern White Rhinos in northern KwaZulu-Natal in the 1960s!

The discovery of these last survivors of a once-abundant species led to the proclamation of the now world-famous iMfolozi Game Reserve, which was strictly Royal Hunting Grounds of King Shaka Zulu.

Impassioned by a drive to ensure the future of this iconic species, Dr Player initiated Operation Rhino. Operation Rhino was one of the most ambitious conservation efforts ever to take place. He went travelling around the world to raise awareness of the devastating poaching of rhino and other African wildlife. He published a book, “The White Rhino Saga,” in 1972 and worked with documentary filmmakers to draw attention to the animals.

What was Operation Rhino?

Dr Ian Player worked with his close friend, Magqubu Ntombela, a traditional Zulu man who carried generations of wisdom from his people. Together, they pioneered the methods of immobilizing and translocating large mammals. The team captured and moved many of the remaining population of southern white rhinos. The southern white rhinos now inhabit their former distribution range, and beyond within many national parks, game reserves, farms, and famous zoos around the world.

Today Operation Rhino is still regarded as one of the most successful conservation projects ever! This amazing journey has brought these incredible animals from the brink of extinction thanks to the help of Dr Ian Player, Magqubu Ntombela and the rest of the conservation team in KZN. 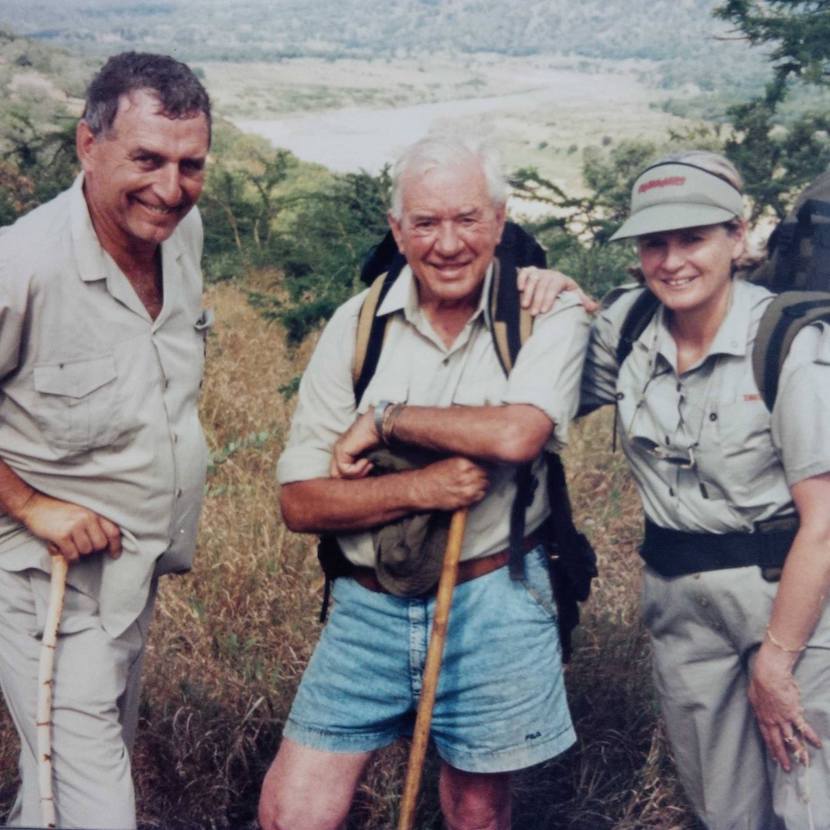 Dr Player was also a great friend and mentor to Adrian Gardiner, founder of the Mantis Collection.

“I had the privilege of meeting Dr Ian Player in 1992, the year we opened Shamwari Game Reserve to the tourism industry. I have no hesitation in saying that this meeting, resulted in a journey that I will always treasure and never forget.

When the Shamwari journey began, I can honestly say that I had very little support and many people were outspoken and said the project would fail. The rewilding of private land was very much in its infancy and I soon realized that if the project was to succeed I would need respected endorsements, who better than Ian. During his first visit he was convinced that the project would succeed and rewilding of the land was the obvious solution to what was degraded, drought ravaged and abused habitat.

Our relationship and friendship resulted in me being appointed to the Board of the Wilderness Foundation, founded by Ian and which I subsequently Chaired and am now the Patron. Together with Ian we moved the Foundation Headquarters to (Port Elizabeth) Gqeberha and it is one of South Africa’s most important N.G.O.’s.

Our journey together resulted in me meeting some of the World’s most renowned conservationists, including Virginia McKenna, Sir David Attenborough, Rob Yordi, John Aspinal, Sir Lawrence van der Post and Nick Steele to name a few. We all know that Ian together with his team saved the White Rhino from extinction and his vision for this was to have this specie in as many parts of the world as possible. Although White Rhino did not occur in the Eastern Cape, Ian with his vision saw how man had changed the landscape through agricultural activity which resulted in plains of grass, ideal for the grazing of White Rhino. Shamwari was the first property in the Eastern Cape to recognize this and with Ian’s help we introduced this amazing animal to our region.

In the year 2000 we had a Collection of five special properties in South Africa. I was determined to develop our own brand. Who better to ask than Ian to help with an iconic brand name. Ian came up with MANTIS, being the abbreviation from the praying Mantis, the beautiful insect that occurs all over the world and is always looking over how we humans live. We then created the acronym, “Man and Nature Together Is Sustainable”.

I could write a book on how my dear friend Ian, changed my life and will never forget his kindness, vision, help and his love for my entire family.

How can you be part of this conservation legacy?

Mantis has created a unique experience, inviting you to take part in an unforgettable, hands-on safari experience, focused on Rhino Conservation in South Africa.