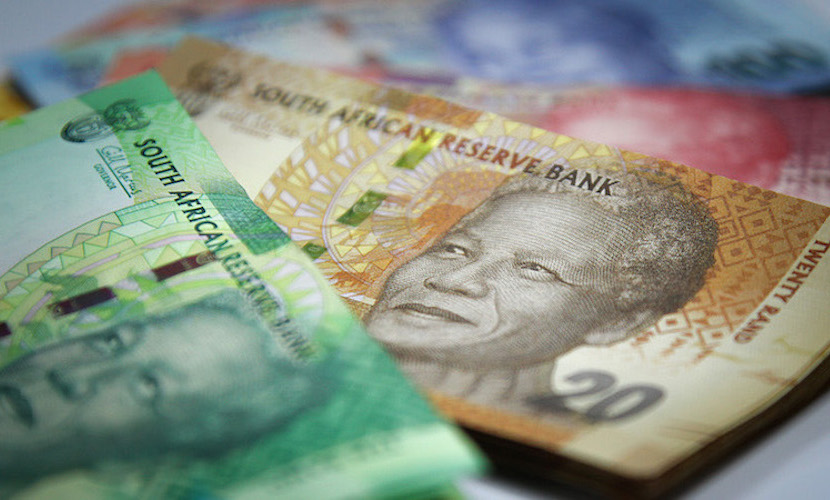 In this week’s currency focus, TreasuryOne’s Andre Cilliers unpacks the drastic weakening of the rand despite the South African Reserve Bank hiking interest rates. According to Cilliers, contributors to the shock in the rand are Lesetja Kganyago’s approach to monetary policy and the fighting of inflation. On the flip side, positivity to the rand can be expected if the Federal Reserve Bank puts a lid on the raising of interest rates. As Cilliers says, “If Mr Powell clearly states they will not raise interest rates, that they will not bring the date forward, I do think that will have a positive effect on the positiveness of the rand. We could see the rand strengthening a little bit then again. Towards the end of the year, we could see some inflows as positions are being cleared over the year end with people of a financial year ending over December – that could act to positiveness.”

Andre Cilliers on the weakening of the rand despite the interest rate hike:

Interesting times. We expected the rand to appreciate a little bit after the announcement of the interest rate increase, and we’ve just seen the opposite. When you look at the speech of Mr. Kganyako during the announcement, he was quite concerned about inflation and the upside risks to inflation going forward. For that reason, if you look at the expectations of inflation and at inflation in the rest of the world and his whole discussion surrounding inflation, the market kind of expected he would be a little bit more aggressive in his approach to its monetary policy and the fighting of inflation.

[He was expected to increase] interest rates a little bit more, which was not done. That was a slight disappointment. However, on the same day, we had also seen that the Hungarian central bank raised interest rates by 70 basis points. If you take into account quite a negative outlook on inflation in the short term; look at oil prices, at the rand, at fuel prices, that could contribute further to inflation. [All this just thrown] into the pot was a little bit negative.

On why interests rates affect the value of a currency relative to another currency:

On whether the Turkish interest rate decline is affecting other emerging market currencies:

So, that’s more of a focus point as to what the Fed [Federal Reserve Bank] is going to do. Then also, what [is happening on] the European side is we are seeing quite a dramatic increase of Covid-19 cases. We’ve also seen oil prices reacting to that quite negatively because that spells out there could possibly be lower demand. Those factors are more important than what is happening in Turkey at the moment. Yes, it does have a small impact but it is taking a bit of a backseat.

On the outlook of the rand if developed economies stop increasing interest rates:

If they put a lid on the raising of interest rates and they come out with a clear, clear, clear indication, and Mr Powell makes another press announcement during the Federal Reserve [Bank’s] next meeting. If he clearly states that they will not raise interest rates, that they will not bring the date forward, I do think it will have a positive effect on the [positivity] of the rand. We could see the rand strengthening a little bit again. Towards the end of the year, we could see some inflows as positions are being cleared over the year end with people of a financial year ending over December – that could act to positiveness.

So yes, the rand will hold its weakening pace a little bit, but it’s all in the hands of the Federal Reserve. That’s really crucial at this point. What I’ve said this morning is, when people are really uncertain as to what happens in the world, take your money and go and invest it in something that looks safe and is being perceived as safe. Those three things at this time seem to be gold. It seems to be the crypto world and keeping dollars rather than anything else. For a while, we’ve got to live with that. That uncertainty with what happens about this whole debate [encourages us to lean towards] something that at least gives us a little bit of certainty and safety.

On whether the rand should stay away from other emerging market currencies:

If a foreign investor outside of emerging markets – a first world investor – speaks to me today and asks me for my advice; I would recommend  not to stay away completely but to trade very cautiously. And if you do want to put money in, do not jump in all at once, but rather in tranches and wait for a bit more clarity as to what happens out there.

On the technical performance of the rand as the year draws to a close:

Well, technically, we are overheated. The technicals tell me that 15–80, 15–83 are fairly strong levels. It tells me that 112–50, 112–48 area on the euro are very strong technical levels. If it breaks through those levels, then below a sub 112 and the euro is on the cards,  and a break or a test of the 60 levels on the rand is on the cards. We’re trading close to very technical levels at this point. I’m of the opinion it will hold, not go through. But, there are significant levels if it breaks through, you could see a bit of a run.

On market currency developments in other parts of the world:

Generally, if you look at the central banks of the world, New Zealand etc. they are in a tightening phase on the monetary policy side. It has been very relaxed over the Covid-19 period, so watch that very important space. The Federal Reserve still holds the key. But in the run up to what they do, we can foresee that other central banks will keep on tightening. That is really the key focus. It’s a very interesting time because interest rates and inflation are so far apart that we sit with high inflation, low interest rates. If the expectancy is that interest rates are going to increase quite dramatically over the next couple of months and years, it would have a negative effect on the stock exchanges, which is something we’re still not seeing. So we are in a very interesting space, all the more reason to tread cautiously during these periods.