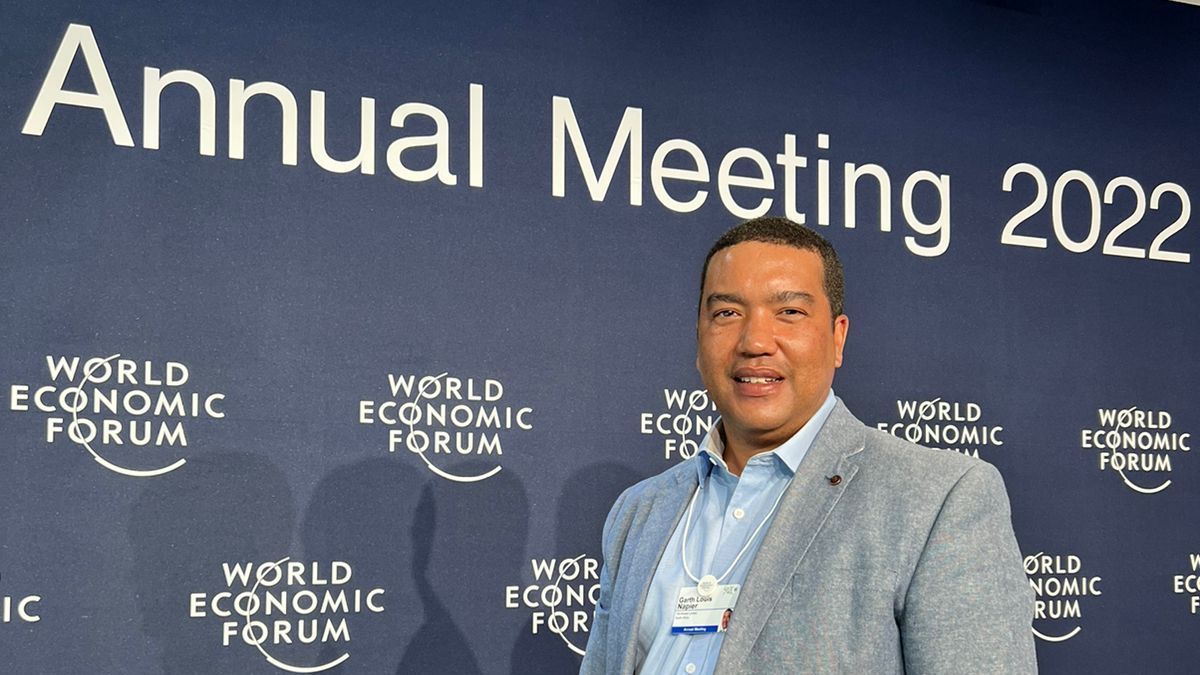 Climate change is heavily impacting global insurers as they pay out claims given extreme weather events. Garth Napier, CEO at Old Mutual Insure, shares his views on the challenging environment and the central focus on climate change at The World Economic Forum Davos 2022.

There are probably three things I’m focusing on. The first is climate change. I think it’s quite a big issue for the country, the continent, and obviously for us as Old Mutual Insure, a short term insurer. It’s quite a topical issue given what is happening in South Africa in the case of that influence. The second is really around inclusive growth. We are all aware of inequality in South Africa, in Africa. It is an important conversation for us to be having. Then lastly, it’s really about regional co-operation. So really just understanding how it could work better. I attended a breakfast this morning on the Continental Free Trade Agreement, which was very well attended and great progress made there. So It is an important conversation for us to be part of.

It is a heavy burden for our customers, firstly, and we want to be there to support them. I think it’s a heavy burden because it is something we’ve all been talking about for a while and now it’s here. We have to take urgent action on how we address it. Two big floods in KZN in the space of a month is unheard of. I imagine that the one thing we have observed around climate change is the frequency of these events is increasing. How do you manage that? How do you respond to that? How do you support your customers? That is quite a challenge for us.

On the takeaways from the debate involving Minister of Human Settlement, Water and Sanitation, Mmamoloko Kubayi, earlier today

It is important that we are doing things. Not that we haven’t been involved in trying to find solutions to green energy. I guess we all have the same view, which is that we would like the government to move quicker. We’d like a change in policy around the generation of renewable sources of energy, allowing that to enter the grid. I think we all recognise that, you know, we need to support Eskom and that change in regulation is quite important. But the government is definitely speaking about the things that require change; hopefully, we can go back and make those changes, from a policy point of view.

On what can be done differently given the conversations in Davos

I’m taking away a few things. The first one is really just urgency. You know, how do we play our role? The other thing that is very clear is that governments cannot do it alone either. As a corporate citizen, we have to look at how we support governments. There is a need to have conversations about infrastructure: the maintenance, repair, or investment in infrastructure. This is something we want to go back and see how we can play a role in that.

That has been a big part of why I came here; it is really about a just transition. We have to have that conversation and funding is one of them. It was raised in the panel. The skills are important as well. So with the funding, there is a need for skills transfer, knowledge transfer, maybe intellectual property transfer. Like we have done with the vaccine recently, having those conversations about intellectual property being as important as the funding. There is possibly a trust gap that we need to address. And, maybe that’s where corporates can play a role, making investments alongside South African corporates when you come to Africa.o Africa could address some of that trust gap. And, you know, there’s an opportunity for us to partner with global finances.

On the key takeaway in Davos

The one key takeaway was how do we absorb carbon and invest in nature to do that? There are some interesting case studies by a company from Indonesia that is doing exactly that. They have a big deforestation drive and how that results in the carbon sink. I think, as Africa, we haven’t paid enough attention to that. So, yes, we need to reduce emissions, but there is possibly a massive opportunity for us on the continent to become a bigger carbon sink. That is just one way we can make a contribution to climate change.