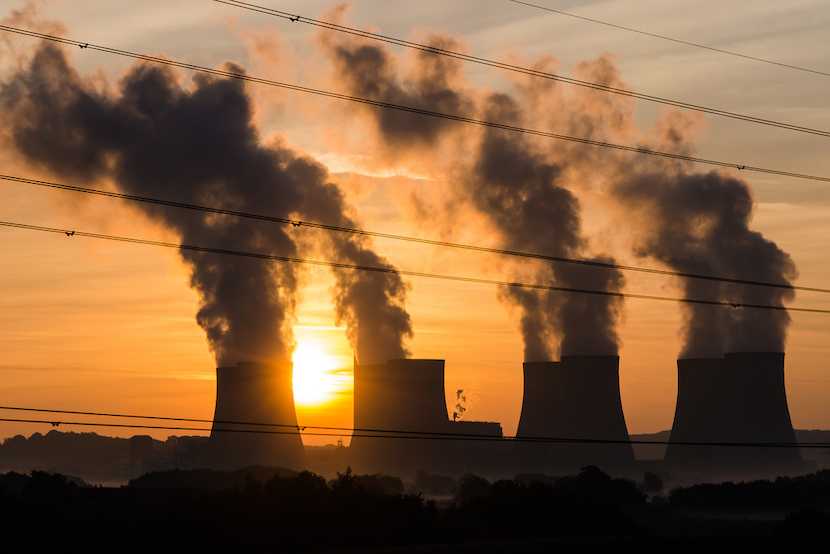 Nothing happens in isolation – least of all the shift to ‘green energy’, especially after Russia’s invasion of Ukraine. Germany supplies arms to Ukraine while paying Russia for 40% of its oil imports and 50% of its gas. European countries pay US $500m–$700m daily to Russia for oil and gas. John Kane-Berman, writing in the Daily Friend, says the West miscalculated with their woke domestic hostility to nuclear power and fossil fuels and phasing out both. The global green lobby would be horrified to hear their often economically impractical efforts to reduce dependence on nuclear and fossil fuel is leading to massive loss of life and hardship for Ukrainians. Thanks to Europe’s war on fossil fuels and nuclear energy, Russia was exporting nearly three times more gas than Europe produced by 2020. Subsidies of renewables helped to make nuclear and coal power uncompetitive, while the British and others banned fracking, depriving themselves of their own natural gas. Context and scenario planning are all… – Chris Bateman

Russia and the West; miscalculations all round

Numerous commentators have branded Vladimir Putin’s invasion of Ukraine a “miscalculation”. But Western leaders have themselves made major miscalculations, nobody more so than the former German chancellor, Angela Merkel. Her hostility to nuclear power and fossil fuels made her country more and more dependent on imports of Russian oil and natural gas, and so helped to strengthen the Russian economy.

Oh, and she also resisted American pressures to increase her defence spending to the 2% of GDP to which NATO members are supposedly committed (a commitment only a handful of the 30 NATO members actually honour).

Boris Johnson and Joe Biden are prominent among other Western politicians who have declared war against fossil fuels, leading to underinvestment in these sources of energy and so helping to shift the balance of energy power from Western countries to Mr Putin.

Only 15 years ago, countries in the European Union (EU) produced more natural gas than Russia exported. By 2020, thanks to Europe’s war on fossil fuels and nuclear energy, Russia was exporting nearly three times more gas than Europe produced. According to Michael Shellenberger of Environmental Progress, a research organisation based in California, Russia now supplies 20% of Europe’s coal, 20% of its oil, and 40% of its gas.

Even today, as the Russians slaughter people in Ukraine, and despite other Western sanctions, between $500m and $700m flow daily to Russia because Europe cannot do without her energy exports. So far, at any rate, Western financial sanctions do not prevent Germany and other countries from paying Russia for energy.

Russia accounts for more than 40% of Germany’s oil imports and more than half of its natural gas imports. Robert Habeck, vice-chancellor and economics and energy minister in the new German government, opposes bans on imports of fossil fuels from Russia as these imports are needed for “price stability and energy security”, not to mention social cohesion. No wonder European leaders worry that Mr Putin might retaliate with his own sanctions and cut down on the energy he supplies them with, which could do great damage to the German economy in particular.

In the view of Kenneth Griffin and Niall Ferguson, writing in The Wall Street Journal (WSJ), Europe has “funded the Kremlin’s rearmament”. Europe, in fact, continues to help finance Russia’s war against Ukraine, even as it increases its supplies of arms and money to the Ukrainians.

Subsidies of renewables have helped to make nuclear and coal power uncompetitive, while the British and others have banned fracking, so depriving themselves of their own natural gas. Green lobbyists have been successful in getting banks, asset managers, and other virtue-signallers in the corporate sector to blacklist new fossil-fuel investment. Call it unilateral Western energy disarmament.

Even the Russians warned them. Last year, Igor Sechin, CEO of Russia’s state-owned oil company, Rosneft, said: “Some ecologists and politicians urge for a hasty energy transition, yet it requires an unrealistically fast launch of renewable energy sources and faces issues with storage, ensuring reliability and stability of power generation.” Exactly.

No country has been more enthusiastic about renewable energy in the form of wind and solar than Germany. Even as the Russians were preparing to invade Ukraine, Germany said it would increase the share of electricity coming from renewables from 42% today to 80% by 2030. Describing this as “dauntingly ambitious”, The Economist declared that if Germany could get this part of its “energy transition” right, “it could prove a model for other industrialised democracies weaning themselves off fossil fuels”.

Oops. No sooner had that magazine thus opined than the new German government was reported by Deutsche Welle to be thinking of letting its remaining nuclear and coal-fired power plants run beyond their planned closure dates (the end of 2022 and 2030 respectively). Having none of their own, the Germans will now also build two liquified natural gas terminals to enable them to import from the United States (US), so reducing dependence on Russia.

“There are no taboos, everything is up for discussion,” declared Mr Habeck; he whose Green party has opposed both nuclear and fossil fuels all along.

The new chancellor, Olaf Scholz, has also announced his government will increase military spending from its current level of around 1.5% to the required 2% and possibly even higher. The armed forces will get a special allocation of €100bn. Germany is now supplying weapons to Ukraine.

As for natural gas and nuclear more generally, EU members, as this column reported last month, are considering proposals to classify them as green for investment purposes. British regulators were reported in January to have revived discussions with Shell about allowing it to develop an enormous gas field in the North Sea, which the regulators had previously disallowed. Italy is reported to be thinking of re-opening some of its coal mines. Some of these policy shifts were driven by rising energy prices last year, but the Russian invasion of Ukraine may accelerate them.

What of the US? John Kerry, President Biden’s climate envoy, warned of “massive emission consequences” from the invasion. “I hope,” he said, “President Putin will help us to stay on track with respect to what we need to do for the climate.” Did you get that, Vlad?

Mr Kerry’s remark suggests that the present US government will remain committed to its war on fossil fuels, which has been one of the most important features of Mr Biden’s presidency. There was nothing in Mr Biden’s State of the Union speech last week to suggest any appreciation of the folly of either his own or European energy policy.

However, as the WSJ put it, “Europe offers another reminder to the US that blocking fossil-fuel development here won’t keep carbon in the ground. It merely hands a strategic weapon to dictators that they will turn around and use against us.”

As for the United Nations, its intergovernmental panel on climate change last week issued yet another report claiming that “climate change is a threat to human well-being and planetary heath”. Its secretary-general, Antonio Guterres, said, “Now is the time to accelerate the energy transition to a renewable energy future. Fossil fuels are at a dead end.” Tell that to the worried Germans.

The term “a little” is merited because climate alarmism, hostility to fossil fuels, antipathy to nuclear energy, and naïve faith in renewables are now a secular religion in the West, thanks in part to the green ideological leanings of vast chunks of the media and political establishments. So, it will be a long struggle. But policy changes being implemented, or at least mooted, in Germany, following the EU’s own plans to give natural gas and nuclear energy green labels, are a start.