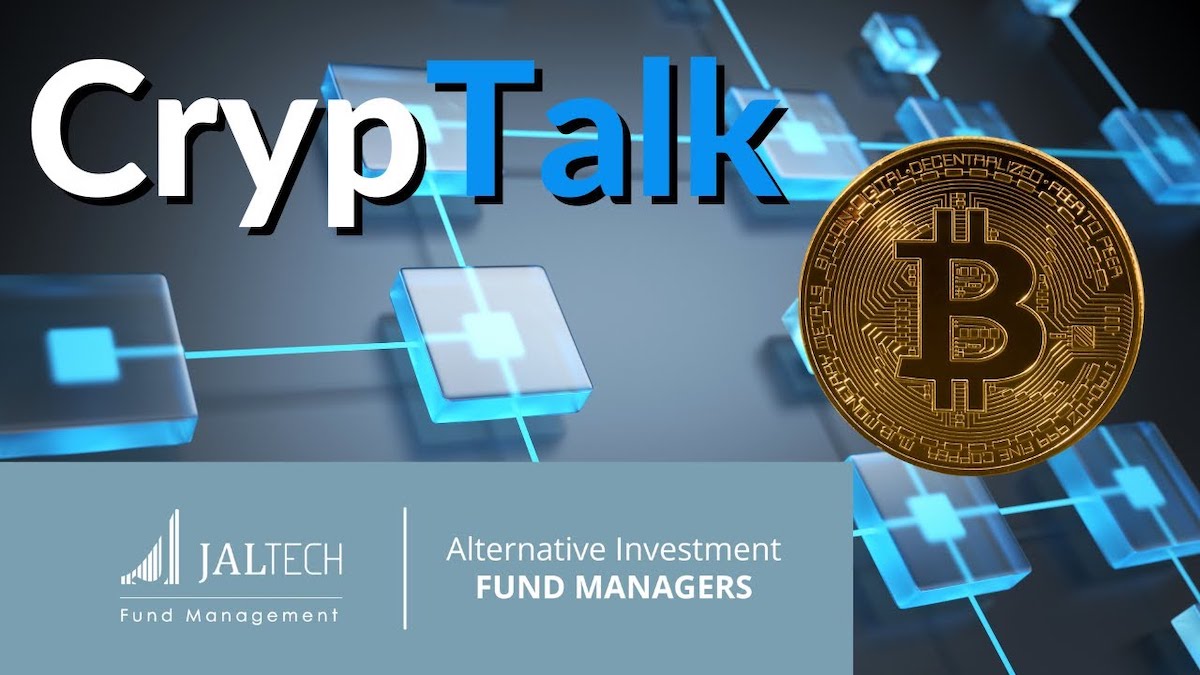 In this debut episode of CrypTalk, BizNews’ Ross Sinclair speaks with Gaurav Nair of Jaltech, an alternative investment fund, about what a blockchain is, why it is useful, and what the future of the decentralised finance (DeFi) system will look like as regulations are introduced. For more information about Jaltech: https://www.biznews.com/jaltech-cryptocurrency-notes

Gaurav Nair on defining a blockchain

A blockchain is a system for verifying transactions; that’s where it is at the most basic level. An analogy we often use is if you imagine a postal service and you imagine it has branches all around the country and I come to the Johannesburg branch and I want to post a package. What happens is, when I go to the Johannesburg branch, it sends a message to all the branches around the country saying, “I’ve left a package here destined for us in Cape Town”. And when the delivery man comes and takes the package, it’s verified again by all the branches. So in this way, the Johannesburg branch can’t do anything funny. It can’t take the package for itself. It can’t send it to someone else. In that way, it ensures that the package arrives safely in Cape Town in your hands. Blockchains work in the same way. Thrown in a bunch of computers, they are all verifying transactions. There’s no need for each of them to trust each other. If anyone cheats, the other computers catch that. So, it is a very sophisticated way to verify transactions.

On each coin being built into a specific blockchain

There are numerous chains out there. The best known chain is the Bitcoin chain on which the Bitcoin token is transferred. The Bitcoin chain was made almost solely just for transferring the Bitcoin token. There are other chains out there. There’s the Ethereum chain, which is the next biggest chain. It is different from Bitcoin in that there are thousands of tokens on there. There’s the native token, which is called “ether” but there are a whole bunch of other tokens that have been listed and put on there as well. The Ethereum chain actually validates the transfer of all of these other tokens as well, not just the ether token.

On blockchains being their own ecosystem

Because at its core it’s a system for validating transactions, the default use is going to be for financial transactions. Bitcoin was seen as a payment method. You could buy bitcoin where you are, send it to someone in a different country via the internet and they would receive it almost instantaneously as compared to Swift, which sometimes takes days and is very expensive. On the Ethereum blockchain, people have started building projects that live on the blockchain that’s just code. And these projects are set to replace stock exchanges, set to replace banks. What’s likely is that the first applications we are going to see – we’ve already seeing them in fact – are to enhance or replace the financial system. However, there are a bunch of other applications out there. A lot of people have heard of NFTs or non fungible tokens. This is art on the blockchain, so what we are going to see is a lot of applications, but it’s a bit like the Internet in the nineties. This is a new technology and if I told you in the nineties about this thing called a social network…. It didn’t even exist. There’s not a non-internet version it could replace. So, not only will we see the blockchains replacing things that are non blockchain, but we’ll see new applications that could not have been built without the blockchain. And those are only in our imagination right now.

On regulations being introduced into the crypto space

A lot of the people that first came into crypto quite liked that it was unregulated. They could do what they wanted to do. In 2017, you saw a lot of people selling tokens that were considered securities. People enjoyed that it wasn’t regulated because they could do all these things without being hampered and going through the process of regulations. However, the great majority of people that want to get involved in blockchain, or are involved in cryptocurrencies, are waiting for regulations. And that’s because regulations provide protection. They stop people from committing fraud and cons. They provide protection on how much capital you should hold, for instance. When regulations come in, far from hampering the space, a lot of people expect because you won’t be able to just do what you want to do, we’ll likely see a lot of the big investors, the institutions, the pension funds. A lot of the banks don’t have any exposure to blockchain. These regulated institutions can’t play here, and they’re waiting for regulations before they can. In all these companies, there are fund managers and so on who believe in blockchain, but they just can’t do it, their hands are tied. So, what’s likely to happen if the regulations are made sensibly – there’s always the chance that regulators put in bad regulations that hamper the space – we will likely see all these investors waiting on the sidelines, starting to come in. And this inflow of money will hopefully encourage more innovation, as more people want to work in the space.