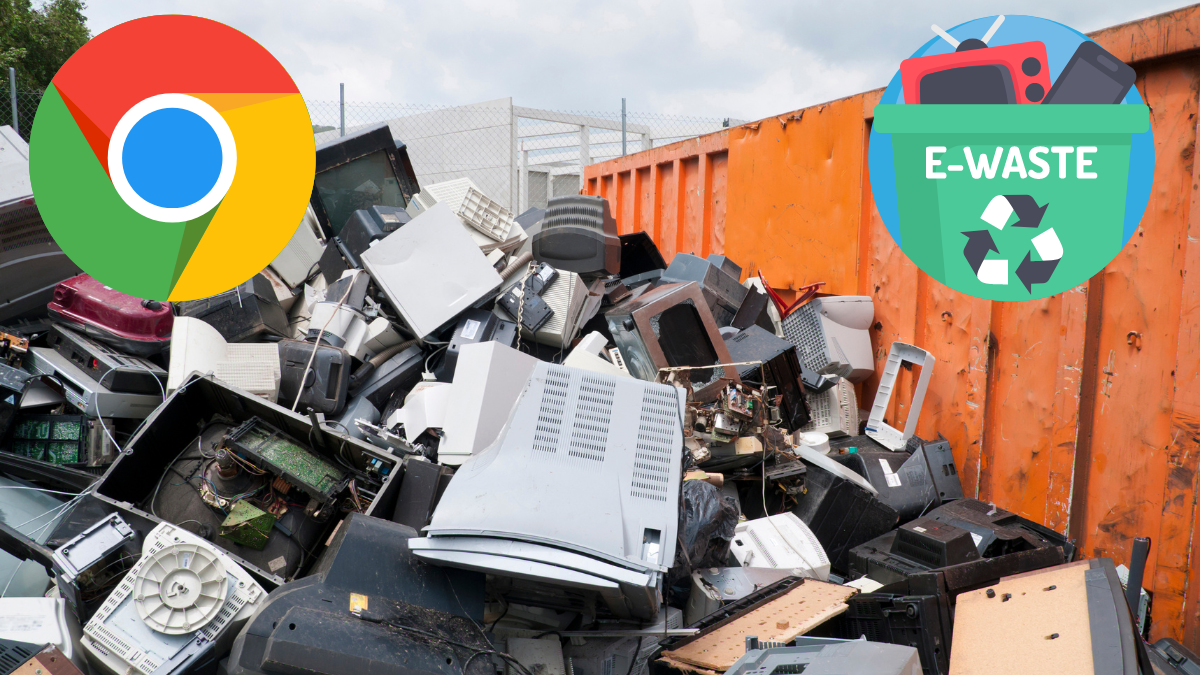 If you have an old computer sitting around doing nothing, there may be an opportunity to put the dated device back to good use.

A growing issue in modern times is the large amount of waste produced by the rapidly expanding industry of consumer technology. As new devices are released every year and older devices become outdated and unusable within a few years, phones and computers are replaced at a far greater rate than cars and homes. This has many advantages in terms of efficiency and the ability to produce better products, but there is a major caveat – e-waste.

All these discarded electronics have to go somewhere. Currently, around 50 million tons of e-waste is produced every year, the equivalent of 1,000 laptops being thrown away every second (according to theworldcounts.com), and recycling electronics doesn’t happen as often as it should. With less than 20% of e-waste currently being recycled (according to the UN Environment Programme), e-waste also cannot be considered the same as ordinary waste,  as many of the components of computers are toxic and e-waste contributes more than its proportional share of the world’s toxic waste. This means that any solution to reduce the amount of consumer electronic waste is good, and Google has come up with an answer to bring dated computers back into use.

As new software throttles speeds on older computers with less advanced hardware, consumers tend to ditch the dated tech and move on to newer devices. But Google has offered a solution to allow users to still use older devices with ChromeOS Flex, a free operating system. ChromeOS may be familiar to those who have heard of Chromebooks, a series of affordable laptops designed to run basic software using ChromeOS. Google is now moving that over to any laptop, not just those that had been designed specifically for the operating system. ChromeOS Flex cuts out any nonessential aspect of an operating system, allowing it to run more smoothly and efficiently on devices which may have been struggling otherwise, including old windows PCs and MacBooks. ChromeOS has a limit on software capabilities but Google has noticed that many users simply log onto their devices, open their browser and spend all their time within that ecosystem, so Google decided to produce an ecosystem that revolved entirely around a chrome browser.

So while you may be limited in terms of technical software, if all your work can be done within a browser, then a repurposed laptop with ChromeOS Flex may be an option to rejuvenate an old computer. The potential for small business owners with limited capital is also advantageous as business owners can acquire dated laptops and install ChromeOS Flex across the fleet to ensure their workers have operational workstations all within the same ecosystem. The operating system also reduces the power needed for devices by 19% on average, meaning it is better for the environment in terms of energy consumption, and it means that you can go longer between charges.  The device is also secure as it exists within the secure infrastructure of Google, but allows for some 3rd party applications to be used. In one instance, Nordic Choice Hotels faced a ransom attack in which 2,000 of their computers were unusable, but using ChromeOS Flex, they were able to get the computers operational again within 48 hours, without losing any data.

The operating system rolled out of early access last week, and although consumer feedback hasn’t been entirely positive, it is a solution to a problem and something that will likely be improved as time goes on.