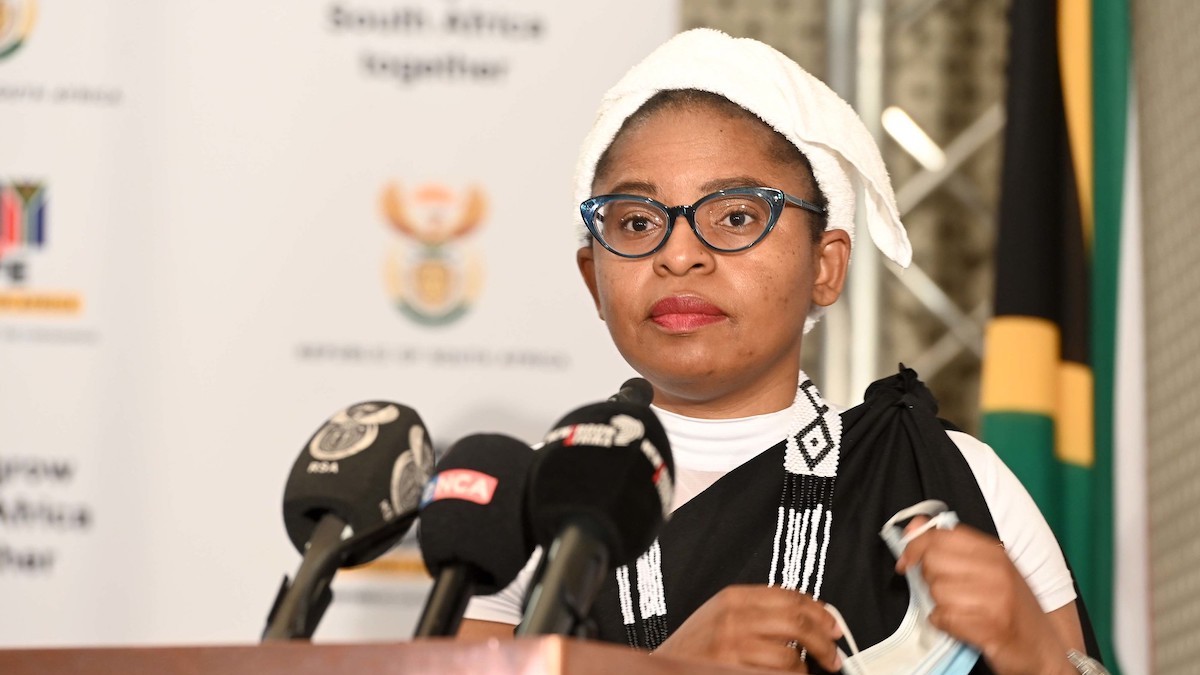 The best strategy for stimulating competition in the market is to privatise state assets and liberalise the sector. South Africa needs fewer state-owned enterprises, not new ones, particularly in terms of a state-owned mobile wholesale network, says Ivo Vegter, writing for the Free Market Foundation. Unfortunately, it seems the Minister of Communications and Digital Technology, Khumbudzo Ntshavheni, remains convinced that a state-owned network infrastructure company is the way to go and that “commercially driven” telecommunications operators cannot be left with that responsibility. Read the arguments below. This article was first published on Techcentral.co.za. – Sandra Laurence

Ntshaveni’s bias against the private sector

The Minister of Communications and Digital Technology, Khumbudzo Ntshavheni, remains convinced that a state-owned network infrastructure company can trump the private sector. She is mistaken.

“We accept the responsibility that we cannot leave our fate and the fate of the country in the hands of the telecommunications operators that are commercially driven,” Ntshavheni, told a Department of Communications and Digital Technology (DCDT) media briefing in June.

The government appeared to step back from the proposal to create a state-owned Wireless Open Access Network (WOAN), when it was left out of the spectrum allocation auctioned earlier this year. Given the failure of every other such state-owned mobile wholesale network elsewhere in the world, most recently in Mexico where it went bankrupt, this would have been a wise decision.

Undeterred, however, Ntshavheni has now pinned her hopes for state participation in the market on a long-awaited State Digital Infrastructure Company (SDIC), which is to be formed by combining the assets of the perennially loss-making Broadband Infraco (BBI) and signal distributor Sentech.

According to the minister, it will be allocated radio spectrum in the spectrum policy due to be released at the end of July.

Yet government absolutely can, and indeed should, leave the fate of the country in the hands of commercially-driven telecommunications operators. Only vigorous competition between profit-driven companies can produce better quality products at lower prices.

Lessons of the past

Government’s experience with Telkom is instructive. The government had viewed mobile telephones as mere toys for the rich, with a potential market of perhaps a million subscribers. It gladly let mobile licences go to the private sector.

By contrast, Telkom was given an ‘exclusivity period’ (read: monopoly) of five years in 1997, before a second national fixed line operator would be licenced. In effect, it enjoyed a ten year monopoly, since the second operator, Neotel, only got off the ground in 2007.

By then, however, fixed lines were obsolete. The purpose of Telkom’s monopoly was to give millions of people in under-serviced areas landline telephones. Although the lines were laid, as per law, most were promptly disconnected for non-payment, and the copper wires were routinely stolen.Meanwhile, the private sector companies offering mobile phones had been beavering away, as profit-driven private companies do, and managed to get cellphones into the hands of almost all South Africans. To cope with the problem of non-payment, they pioneered an innovative pre-paid system, which enabled even the poor to enjoy mobile telephony.

While the government was still tied up with copper wires and landline telephones for the poor, the market, and technological progress, had rapidly overtaken them.

Government’s goal with the WOAN was to stimulate competition in the mobile industry like that seen among fixed-line internet service providers (ISPs). But when ISPs were competing to get everyone connected to the internet 20 years ago, their main complaint was the price and service levels from the government-owned wholesale bandwidth supplier.

The Internet Service Providers’ Association has proposed an entirely different intervention in the market, by forcing major owners of mobile frequency spectrum to offer wholesale rates to smaller companies seeking to offer services to end-users.

Establishing wholesale and retail markets was fairly successful in stimulating competition among ISPs in the wired internet market. It could be effective again, even if only as a counter to the original regulatory sin of limiting mobile operator licences to two, then three, and then only a few more companies.

Doing so, however, does not require a state-owned wholesale network such as the proposed SDIC or a WOAN. It will either be too inefficient to offer any competition in the market, or will use its government backing to distort the market by setting predatory wholesale prices.

This would infringe on the commercial rights of existing spectrum owners, as all government intervention in the market does.

Even the process to combine Sentech with BBI demonstrates why the government shouldn’t be running a combined SDIC.

The plan to merge the two companies was approved by cabinet almost five years ago, in December 2017. No progress was made on the merger, however.

When it became apparent that new legislation would be needed to establish a new, merged entity – a realisation that took four years to dawn – the Department in 2021 decided that it would be easier if BBI simply acquired Sentech, since the enabling legislation of the former entity gives it all the powers needed to perform the functions of the latter.

It had hoped to complete this acquisition in the financial year that ended on 31 March 2021, but has again made little or no progress.

If it takes five years or more just to establish the company, what hope does it have to be an efficient, effective organisation, under the aegis of the DCDT? In the digital communication space, one needs to move a lot quicker, lest technological progress and competition overtake you.

The best strategy for stimulating competition in the market would be to privatise state assets and liberalise the sector. South Africa needs fewer state-owned enterprises, not new ones.