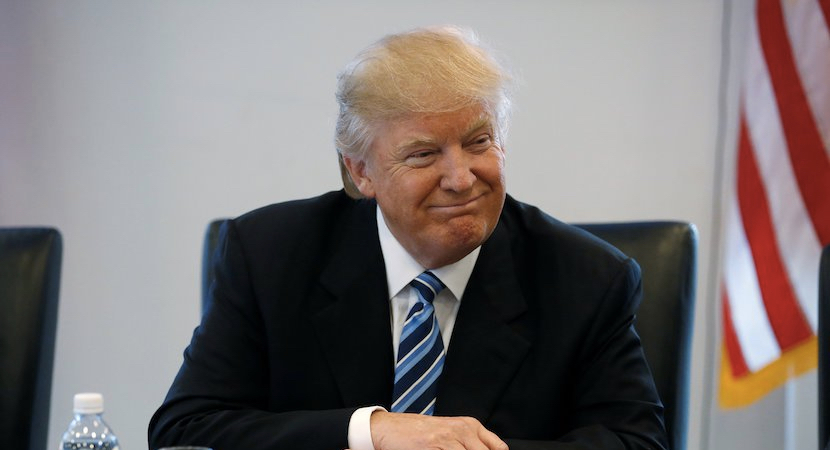 Why did just about every evangelical leader in America break two 229 year consensus political rules since the founding of the constitution:

Exit polls showed Trump captured the overwhelming majority of the self-described evangelical vote, without which he would not have been elected. On the surface this appears a scandalous reversal. The answer has not been explained in the mainstream media and probably will never be because it is too big a difference from their own view for them to contemplate.

ANSWER: American democracy is dead. The Constitution is finished and no longer respected by the executive or the judiciary. The erosion has been taking place since 1962 when Prayer in schools was first outlawed by unprecedented judicial fiat abuse of power, reversing around 80 precedents. Then the 1973 legalisation of abortion on demand. Then forcing ‘same sex marriage’ on all states in 2015, on which justices Thomas and Scalia in dissent said that ‘this court is a threat to democracy’. Then the striking down of limiting laws to for example requiring waiting periods on decision on abortion. Then the upholding of the Obamacare Act, which was by their own admission contrary to the constitution on financial arrangements, but they thought was good social policy. The Obama/Clinton administration has applauded all these unconstitutional social engineering dictatorial decrees and decreed various unconstitutional executive orders to compound this direction. Hilary Clinton promised to go further to use state resources to change religious belief on abortion and leaked emails indicate intent to infringe doctors conscientious objection rights. All of these being an attack on the core of the principal issues biblical Christians care about:

Specifically that is 60 million dead babies. Is Trump better? Debatable. He previously said he was pro-choice, but now says he has changed his mind. Some election promises were unconstitutional – clearly he doesn’t understand the constitution, but he has moderated some of these promises afterwards probably on advice from others. The glimmer of light in this situation is that he has agreed to choose Supreme Court replacements from a list of judges who actually do support ‘original intent’ interpretation of the constitution. i.e. They interpret the Constitution to mean what the founders meant it to, rather than whatever they think is good social policy. In other words, end judicial tyranny and give democracy back to the people – and then hopefully roll back all these autocratic judicial decrees. Will Trump keep his promise? Maybe. We don’t know. We know for certain that Hillary Clinton would continue in the same path. And with three justices likely to be replaced in this term, that would mean the rule of law in America is not just dead but buried for this generation – maybe forever.

Polls also show that most self-described Evangelicals actually don’t belong to a church or believe or practice what is needed to belong to such a church. Of those who do, most supported Cruz. After Cruz was knocked out of the race, a fraction abstained and the rest reluctantly backed Trump as the lesser of two evils.

In this respect, Evangelicals are not really supporting Trump. They are supporting ‘original intent’ judges – a return to constitutional rule of law. A hope that working in partnership with a coalition with mainly a different agenda, the rule of law and the Constitution will be resurrected.

That is a hope which we cannot take for granted, but will require perseverance. In reality, most of the Trump supporters don’t share these views much more than Winston Churchill agreed with Joseph Stalin in World War 2. They are just co-belligerents with a common enemy. Christians have had such pragmatic political co-belligerence before: Constantine, a sun worshiper legalised Christianity in the Roman empire against the Classical pagans; Henry VIII legalised Protestantism in England; James I, man whose sexual behaviour and words were even more unChristian than Trump legalised the distribution of the Bible in English (from which is named the “King James Version”). But such alliances come with risks, and it must be clear that it does not constitute an endorsement of all the words, lifestyle and actions of the politician.

#PresidentTrump got a WHOPPING 81% of Evangelical Christians. Proud to be included in that number.
🇺🇸 God Bless America! 🇺🇸 pic.twitter.com/pm8tG6X96Y

South Africa is facing the same threat of ‘judicial activist’ rather than ‘original intent’ constitutional interpretation – where some judges try to usurp the role of the legislature. This creates a dilemma which we are particularly facing with Judge Fabricius having authorised a euthanasia, without any reference to law of parliament. Hopefully this will be overturned on appeal, but if not, we will have a constitutional crisis.