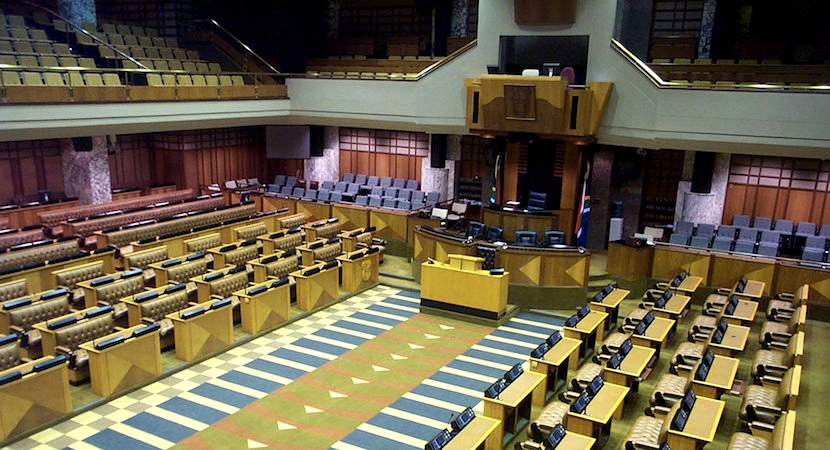 The proof is in the elections, look at how the recent Brexit and Trump votes literally split a nation. But who is to blame for these outcomes? While 21st century politics is built on divisions created, are governments solely to blame for the situation the world finds itself in? A world where 1 in 2 South African youths are unemployed, while official stats point to 1 in 4. A place where growth is anaemic, and not in sight of what’s needed to close the jobs gap. And while South Africa is not an example for the rest of the world, similar challenges are being experienced. Political guru Graham Sell takes a look at the current landscape. – Stuart Lowman

The Brexit campaign and latest US Presidential election campaigns, not to mention our own “State of Capture” report, provide irrefutable evidence that politics is a fundamentally divisive and destructive way to make a living.

South Africa is heaven on earth for politicians, as our nation is historically pre-primed to be very easily divided. Whether it is along financial, racial, tribal, a myriad of religious, sexist, or other “cultural” lines, it is far too easy for political rhetoric to create tension between one faction or community and another. For goodness sake, even minority whites can still be divided between English and Afrikaans speakers if the rhetoric is pitched right (pun intended).

Some elements of mainstream media play their part in fanning the flames of disunity, with sensationalism and contextual manipulation being their trump cards. Many individuals are also intent on pushing the self-destruct button by using insidious social media platforms to vomit their puerile hatreds under the guise of intellectual exchanges.

It is also not rocket science to recognise that capitalism and democracy are conjoined twins. If separated neither is perfect, but they are still better than the socialist dictatorship alternative.

Unfortunately in South Africa the ANC has perfected a poisonous system of crony capitalism that ties business and political fortunes so tightly that it is difficult to keep track of who’s doing what to whom, and for how much. As we have seen with Nenegate, crony capitalism also has the capacity to destroy communal wealth.

I also believe that a prerequisite for sustainable capitalism is a high level of social responsibility. Do not confuse social responsibility with socialism, communism, or Marxist/Leninist Fanonian doctrines, all of which have failed spectacularly, even though some in South Africa may try to convince us otherwise.

Social responsibility is the ethic that businesses should balance profit-making activities with activities that benefit society: it involves developing businesses with a positive relationship to the society in which they operate.

For example: In a country where we have so many people living below the breadline, is it socially responsible for a food retailer to be making so much profit that they can afford to pay a single person in their organisation a R100m bonus?

In a country where medical costs are escalating at a rate way above inflation, and so many of our people have no access to quality healthcare, is it socially responsible for a medical aid group to be making so much profit that they can afford to start a bank?

In a country with such a high rate of poverty and unemployment, is it socially responsible to complain about the introduction of a minimum wage, yet make no comment about inordinately high CEO salaries? Just asking.

So how do we try to fix all this? 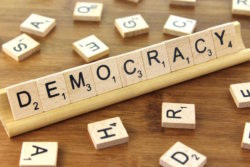 First of all, explode the myth that our government is there to serve the common good. Ongoing political and legal shenanigans have clearly proven that our government serves only themselves, and the ambitions of an exploitative elite minority – and this travesty is labelled “democracy”.

Also explode the myth that things will be radically different if another political party takes the reins of power. The fact that all major parties have refused to disclose their source of funding begs the question: what are they hiding and why? And on the business premise that there is no such thing as a free lunch, who is behind the scenes pulling their strings? While different faces may provide a superficial impression of change, the underlying interests of their funders will always dictate a political party’s overriding policies. We need to know who these people and organisations are.

Then explode the flavour-of-the-month myth that getting rid of Jacob Zuma will, on its own, cure the fundamentally divisive and destructive malaise that afflicts our country as a whole.

Right now, South African politics is a rigged game. “It’s like playing poker where your opponent sets all the rules, in which he gets as many cards as he wants while you are limited to five, in which he has a half dozen wild cards while you have none, in which he gets to look at the cards you draw while his cards remain secret. Did I mention that he also gets to deal each hand and can cheat without penalty? “Government of the people, by the people, and for the people” is a useful definition of “democracy”, but a close look at the power of money, and of those few who have a lot of it, makes it abundantly clear that no part of this definition applies to the society in which we live.” [1]

So that then leaves us to fend for ourselves, and I believe that the best way to truly Save South Africa starts at the local level. We must begin by reaching out across the cultural and economic divides within our own local communities, to see what can be done to mend fences already wrecked by politicians, and make progress towards forging a future together. Once this is done we can take a united, bottom-up push-back position against corruption, unacceptable top-down political policy dictates, and socially irresponsible political rhetoric. It will also remind politicians that they work for our benefit, not the other way around.

[1] What is Political Science? What Should it be? – Bertell Ollman December 2000