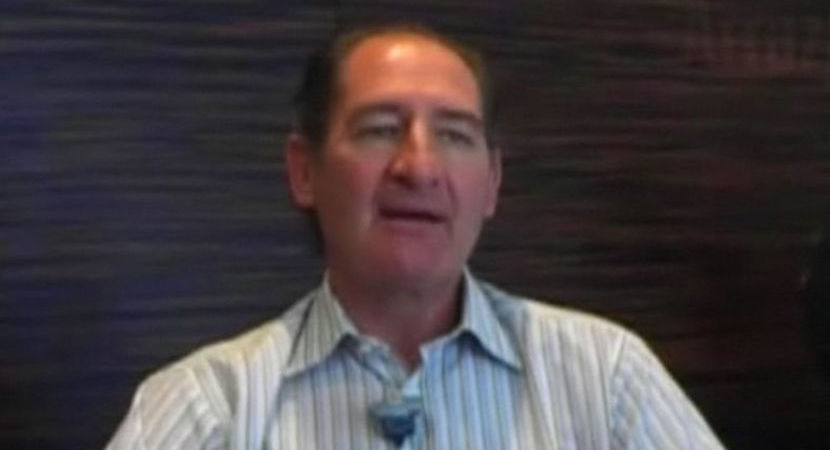 EDINBURGH — Brian Currin has been described internationally as a veteran of peace processes that bring civil conflicts to an end, having worked in South Africa, Northern Ireland and the Basque Country. The head of the National Directorate of Lawyers for Human Rights (LHR) between 1987 and 1994, Currin played a key role in establishing the Truth and Reconciliation Commission. He has revealed that he is the person who facilitated the delivery of a treasure trove of emails sourced from the Gupta empire to a select group of journalists to dissect. The whistleblowers told a Daily Maverick gathering in August that they had left the country and had not anticipated toppling former president Jacob Zuma. They released the information as a matter of conscience, says Politicsweb. This article about Brian Currin is published here on BizNews with the kind permission of Daily Maverick. – Jackie Cameron

Veteran Lawyer Brian Currin used a long career in human rights to turn around South Africa’s story – with a little help from whistleblowers, campaigners and a journalist or five.

Brian Currin, who turned 68 years old last week, capped a lifelong and illustrious career in human rights and human rights law when it emerged at the Zondo Commission of Inquiry on Thursday that he was the crucial link between the whistle-blowers in possession of the Gupta family’s leaked emails and getting these into the public domain.

Currin testified before Judge Raymond Zondo on Thursday about how he came into possession of the emails and the steps he took to protect the chain of evidence to get to the point of today’s application for the leaks to be formalised into evidence before the commission of inquiry.

The emails are likely to form a crucial part of the commission’s work.

The lawyer, now based in Berlin, Germany and surrounded at the commission by a ring of protectors, revealed how “Stan” and “John”, two ordinary South Africans, had come to him (via a friend) with a hard-drive of about 300,000 emails. These seemed to hold the key to tying up evidence of how the family had run a network to capture South Africa’s government and its state-owned enterprises.

Thanks to “Stan”, “John” and Brian Currin, Sahara Computer’s hard drive and cloned versions are now officially received by #StateCaptureInquiry, meaning they can be investigated and used for evidence.

Currin used his networks in civil society and the wider world of human rights to help get their story told. He gave one set of the emails to veteran activist and campaigner Mark Heywood who, in turn, brought in the independent investigative journalism platforms of Daily Maverick and amaBhungane to assess the emails.

Daily Maverick’s editor, Branko Brkic and Heywood tried to raise funds to secure safe passage out of South Africa for the two men and their families.  They put a team to work, auditing the emails and corroborating it with their own reporting over years into the Gupta affairs. It was a painstaking and long investigation.

Currin, meanwhile, also worked with the whistle-blowers to get their stories turned into documents of law – affidavits which he placed into security at Norton Rose Fulbright attorneys.

This exhaustive account by Brian Currin of how the hard drive containing the #GuptaLeaks emails was secured, cloned and "forensically copied" is important if the #statecaptureinquiry every results in criminal charges being brought against various parts of the Zuma-Gupta network.

This is evidence of how his wide networks and how they were used to change the course of South Africa’s contemporary history.

In time, the affidavits may come before the commission if the whistle-blowers appear before it.  Right now, they remain exiled from their country and fearful of returning to it. Currin revealed how he and the team of investigative journalists had planned to publish the emails and what they meant in September last year after working with the whistle-blowers for most of the year.

In May last year, the Sunday Times stole a march on them and published a scoop. This, said Currin, had caused the whistle-blowers “huge anxiety” and impacted their trust in the process.

Brian Currin! 🇿🇦 thanks you!

Currin was also the lawyer who first took a statement from apartheid policeman Dirk Coetzee who revealed evidence of police hit-squads in the late 80s.

His work on the Truth and Reconciliation Commission and in the wider field of human rights law saw him establish a global practice in peace-building. He has worked in Northern Ireland, Spain’s Basque Country and most recently in Colombia in talks between its government and FARC guerrillas.

In Germany on a fellowship in Berlin, Currin is currently studying trends in private-public sector relationship and how they reflect political order or political decay. DM