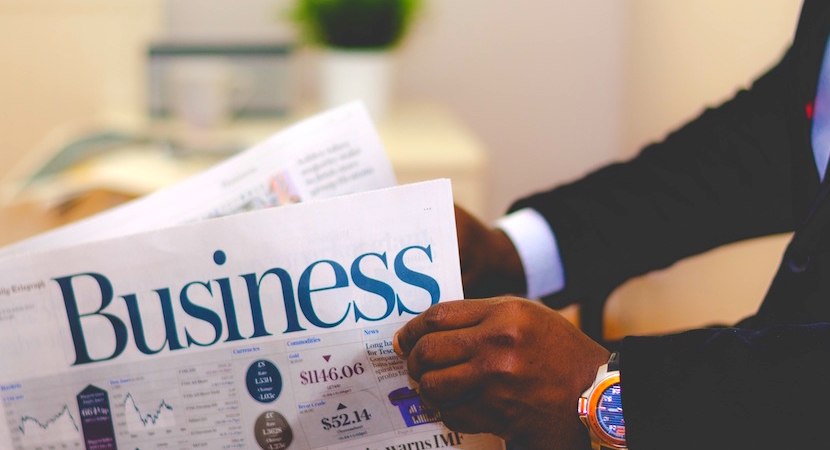 CAPE TOWN — Reading this story sets one thinking that undoing State Capture and fighting corruption are a convenient blindside to the real agenda of the ruling party. Which is progressively implementing a Soviet strategy and communist end-goal which every policy conference and ensuing legislation by the ANC has contributed to, argues policy researcher, Anthea Jeffery. She presents evidence to back her theory that doing so will ultimately lead to South Africa’s economic collapse. Business is under unprecedented threat, from the agricultural sector to the mining industry, but a host of smaller laws that fundamentally alter the way corporates must operate, are either in place or in the offing. They range from setting racial targets in the Employment Equity Amendment Bill (failing to address the existing racial imbalance in skills and experience, especially at management level), to the National Minimum Wage Bill that will torpedo small businesses, and the 30% compulsory sub-contracting provision for State contracts over R30 million. Hobbling business and creating a command economy has not worked in a single comparable economy world-wide. Yet the ANC persists in hobbling job-creating, free enterprise. Even given the best intentions in the world, the law of unintended consequences loves ideology. Required reading. – Chris Bateman

Damaging interventions against business are mounting rapidly. The pressure goes far beyond the agriculture sector (where the threat of land expropriation without compensation or EWC looms large) and the mining industry (which confronts a 30% ownership target and other costly requirements under the new mining charter) and extends to business in general.

In the BEE sphere, the 30% compulsory sub-contracting requirement on government contracts worth R30m or more was reaffirmed at the recent jobs summit, which urged that it be extended to business too. But sub-contracting on this basis is likely to increase costs and erode efficiency. It can also spark physical confrontation and bring work to a halt. This has happened on a Durban freeway project, for example, where the Delangokubona Business Forum has reportedly brandished guns and threatened violence in demanding its 30% ‘share’ of this construction contract.

Also relevant here is the recently tabled Employment Equity Amendment Bill, which will empower the labour minister to set binding racial ‘targets’ (quotas in all but name) for business in different sectors. These quotas, at management levels in particular, are sure to ignore the age and skills profile of the youthful and still poorly educated black population. They will thus erode efficiency and profitability as well as business autonomy. Based on IRR opinion surveys, they are also likely to help only a small minority (roughly 15%) of black people, while bypassing the great majority.

In the labour sphere, the recent jobs summit has put pressure on business not to retrench until it has considered various other remedies, including trimming executive pay and foregoing dividends. Though cuts of this kind are not yet obligatory, whether distressed firms have sufficiently considered them is sure to be raised still more forcibly by unions in the mandatory consultation process before retrenchments can begin. This is likely to make the process more complex and more time-consuming. Yet time is often of the essence in rescuing businesses and preserving as many jobs as possible.

Also relevant in the labour context is the National Minimum Wage Bill soon to be enacted into law. Big business generally pays far above the mooted minimum and will mostly not need to raise salaries in response. Many small businesses, by contrast, will find it difficult to comply or obtain the necessary exemptions. But all firms will be badly affected if the National Treasury’s predictions prove accurate and the legislation results in some 715 000 job losses and a 2.1% economic contraction.

Particularly important too is the Competition Amendment Bill now before Parliament, which aims to reduce the alleged ‘concentration’ of business in banking and other sectors. It also assumes (in the graphic words of Tim Cohen, senior editor at Business Day) that ‘big white business is deviously and maliciously preventing aspirant black business from emerging’ – and that this is the core reason for high unemployment and low growth. However, the evidence of concentration cited in the Bill seems unconvincing. The remedy it proposes is also deeply damaging, for the Competition Commission (to cite Cohen again) is to be given ‘enormous powers to order businesses to be broken up, given away, and cut into bits’. Forced divestment to small firms with limited know-how and experience will erode private sector efficiency, punish big companies for no good reason, and further reduce investment, growth, and jobs.

All these policy interventions come in a context where public service inefficiency is a crippling obstacle to doing business, electricity is increasingly costly and its supply still insecure, the rail network is pricey and often unreliable, youth unemployment (even without the national minimum wage) stands at 52%, violent protests are on the rise, and EWC could readily extend from rural and urban land to property of many other kinds.

Neither the recent jobs summit nor the forthcoming investment conference will make much difference in boosting the economy or overcoming the jobs crisis as long as the policy environment remains so hostile to the private sector.

Nor is that hostility likely to diminish for as long as the ANC remains committed to its national democratic revolution (NDR). The NDR is a Soviet-inspired strategy, first endorsed by the ANC in 1969, which seeks to take the country from capitalism to communism through incremental interventions over 40 years or more. Since it came to power in 1994, the ANC has re-affirmed its commitment to the NDR at each of its five-yearly national conferences, from Mangaung in 1997 to Nasrec in 2017.

The Strategy & Tactics documents adopted at these conferences provide far more insight into ANC thinking than the ‘new-dawn’ reassurances of President Cyril Ramaphosa. The Nasrec document is particularly illuminating, for it identifies ‘the primary enemy of the NDR’ as ‘monopoly capital’ – described by it as ‘the local and foreign corporations that control large chunks of the economy’.

Ironically, however, as the Strategy & Tactics documents also show, the ANC knows that it needs the skills and resources of business to help it pursue the NDR. Its key aim is therefore to control the private sector and bend it to its revolutionary goals by using all the tools at its command. These, the Nasrec document says, include ‘licensing, regulation, taxation, procurement, and activism by competition authorities’.

Most commentators still shrug off the importance of the NDR, even though the ANC has been incrementally implementing it ever since it came to power. It is now stepping up the pace and ambit of its NDR interventions, as it pledged to do at its Mangaung national conference in 2012, when it embarked on the ‘second’ and ‘more radical’ phase of its revolution.

Shorn of the NDR albatross and with different policies in place, South Africa could have matched the growth rates notched up by other emerging markets between 2010 and 2017. On this basis, says the Bureau for Economic Research (BER) at the University of Stellenbosch in a recent report, South Africa’s GDP could now be 29% or R915bn higher, 2.5 million more jobs could have been generated, and tax receipts could be R1 trillion greater.

The ANC knows these major gains are possible – yet it still prefers to hobble business and cripple the economy. Its NDR strategy explains why this is so. All South Africans are thus paying an extraordinarily high price for an outdated Soviet ideology and a communist end goal which few voters would endorse if given a free and informed choice.