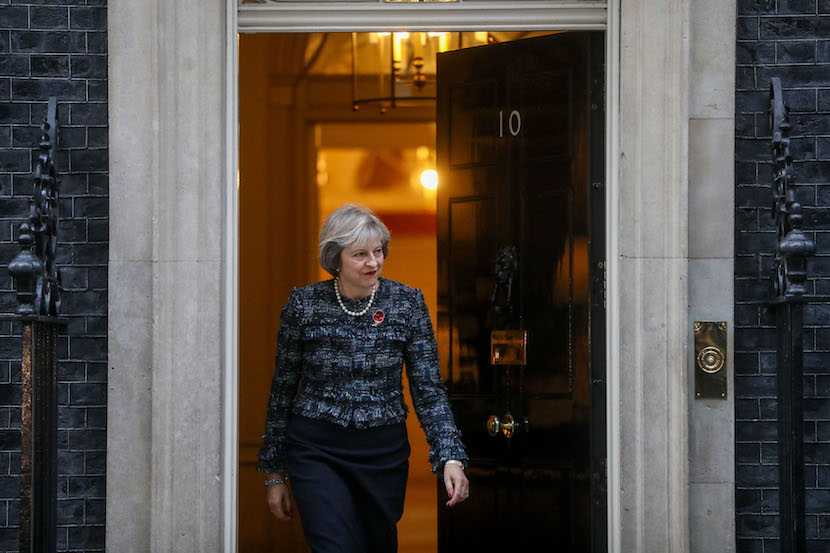 Given that this month (May) is being celebrated in the UK as the 40th anniversary of Prime Minister Margaret Thatcher‘s election to office, there inevitably will be comparisons between her term of office and that of Theresa May, the UK’s second woman premier. And while some will argue that Thatcher didn’t face so monumental a crisis as Brexit, the fact is that Thatcher did experience some very profound challenges in her much longer term. Early on in her term of office there was the mine-workers strike (remember Arthur Scargill?) which seriously threatened not just Thatcher’s position but the authority of the British government. And then there was the Falklands War.

But what is not generally acknowledged is the very serious challenge which the anti-apartheid movement and anti-South African sanctions campaign presented her leadership – in fact to the point of dividing her cabinet and on which I can speak with some authority as South African ambassador in London at the time. Aside from having a close relationship to the Prime Minister, I had direct access at any time to Charles (later Lord) Powell her foreign affairs private secretary. In fact, he told Charles Moore, Thatcher’s biographer: “I used the reformist Worrall, who had political ambitions of his own, almost as my spy within South African officialdom!”

I first met Margaret Thatcher in 1971 when she visited South Africa as Education Secretary in the Heath government. I was editor of the intellectual review New Nation and a senior lecturer in politics at the University of Witwatersrand, and Vice-Chancellor Bozzolli invited my wife and I to an intimate lunch he gave for her. The second time I met her was very early on following my appointment in London when Harry Oppenheimer arranged a small dinner party in his Eaton Square apartment specifically for my wife and I to meet Thatcher.

My term of office commenced with what Moore describes as Thatcher’s achievement of a reputation and status on the world stage topped only by Winston Churchill. But possibly of greater relevance is that my arrival in London coincided with an intensified global anti-apartheid and pro-sanctions campaign which put as much pressure on the UK and Thatcher as it did on South Africa and on the embassy. In fact, Moore says Thatcher found herself dangerously isolated from some of her cabinet colleagues, the Commonwealth and Europe and got no significant public support for her position from her greatest friend and ally, President Ronald Reagan.

As a result of the position she adopted on South Africa she was even at odds with the Queen over the Commonwealth and South Africa. Thatcher’s view that the white Commonwealth leaders acted as a gang of bullies only determined her to resist even more the sanctions they wanted to see put in place. The mid-1980s was therefore a time of growing anti-apartheid sentiment and increasing demands for sanctions against South Africa, which Margaret Thatcher almost single-handedly in the west opposed. What is clear is that it took enormous personal courage to stand up to all that. I understood this and supported her fundamental assumptions about South Africa and what South Africa needed to do. This was reflected in my actions in London and my reporting back to South Africa. And Thatcher and her immediate team clearly knew where I stood.

There are many instances but perhaps the most graphic illustration of her lone opposition to sanctions was at the Commonwealth Heads of Government (CHOGM) conference in Nassau in October 1985. There was only one issue on the agenda – all-out sanctions against South Africa, and Thatcher stood alone in opposing them. That she had a tough time is evident from the official minutes. But her own account tells it grippingly, and it is very clear from this that she held her own – at one point, after a series of particularly vicious personal attacks, extracting individual but public apologies from the other participants.

At a key point, with the end of the meeting in sight and to avoid Britain issuing a separate statement, CHOGM agreed to the sending of a group of Eminent Persons to South Africa to report back on the situation to a future conference. As Thatcher says: “This had the great merit of giving us time.” And the importance she attached to this is evident from the fact that in London I received directly – it circumvented the foreign office which was unusual – a message from Charles Powell still in Nassau which simply read: “Please tell your government not to reject this. “Naturally, I immediately got this to Foreign Minister Pik Botha. Two days later Foreign Secretary Sir Geoffrey Howe called me in to brief me on the conference and impress upon me the importance of South Africa’s participation in the EPG exercise.

In the days that followed what troubled my associates and I deeply was that we were not getting any response from South Africa, and so I phoned Pik Botha and told him that I needed to speak to President Botha. Pik, I think sensing the urgency in my voice, told me to take the first flight back to South Africa. On arrival he took me straight to the President. We sat at a rectangular table with the President at the top and Pik and I on the same side with Pik closer to the President. The discussion was in Afrikaans and the Foreign Minister introduced it by telling the President that I believed I had something important to convey to him. I started to spell out the seriousness of Thatcher’s position when I felt a hand squeeze the bottom of my thigh: Pik obviously sensed I was being too direct, and leaning forward almost looking up to the President and in a deferential way he took over.

Suddenly the President sat bolt upright, lifted his right hand, finger pointing, much as he did when orating and announced: ” She wants us to reject it!” I was astounded and said: “No, no Mr President you’ve got it all wrong. You’ve got it all wrong!” The meeting ended shortly after this and I returned to London a chastened ambassador quite convinced the South African government was not going to support the EPG, however much political capital Margaret Thatcher had invested in it.

Although Pik got his way shortly afterwards I knew from what I had experienced the approval was half-hearted and, following the two EPG visits to South Africa of which I was virtually part, on the Sunday night before the group‘s last meeting with the South African government that Monday morning, the South African Air Force bombed ANC facilities in three southern African countries, so dramatically ending the EPG mission. Margaret Thatcher was of course furious but it was to her credit that she kept the strongest expression of her disappointment for the letter she personally sent to Pres. PW Botha. I believe, notwithstanding her growing isolation on the South African issue, even to the point where a majority in the Cabinet disagreed with her, she was going to hold on to her position. She did so in the full knowledge that there would be many more international summits and conferences calling for the isolation of South Africa where she would stand alone.

Margaret Thatcher therefore almost single-handedly kept total sanctions against South Africa at bay until President FW de Klerk made his dramatic speech on 2 February 1990 declaring Nelson Mandela and others free and effectively ending apartheid. And even at that point, Thatcher was a player through the background role played by her excellent ambassador in South Africa, Robin Renwick.

There is an outstanding issue of considerable academic interest and certainly of interest in assessing Margaret Thatcher’s career: what if, after the humiliating failure of the EPG mission, she had chosen to throw in the towel and join the international clamour for total sanctions? How would this have affected the relatively peaceful revolution which introduced a democratic South Africa?