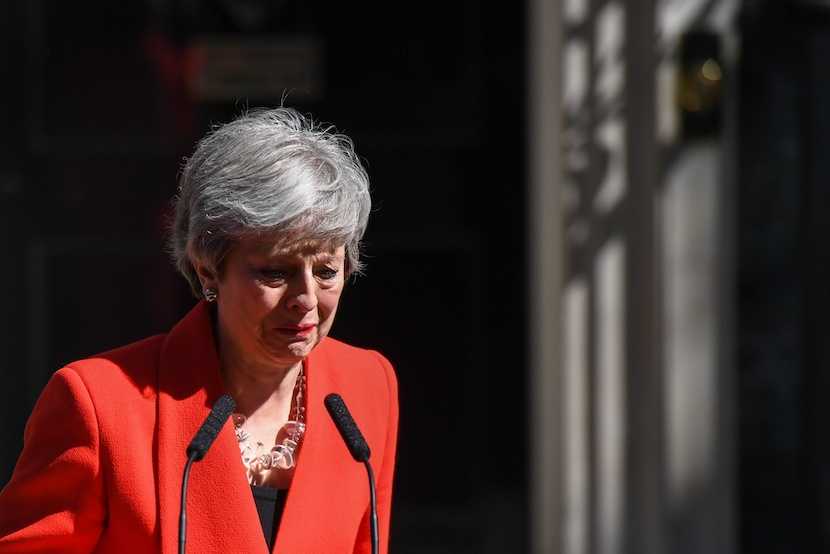 Getting people to agree on Brexit, the most divisive issue in British politics in a generation was always going to be a hard task. It split the United Kingdom in two camps, for once not based on class, but whether they wanted to take instructions from the European Union. When David Cameron withdrew from the Prime Minister’s office after his failure to persuade the country to stay in the EU, the task fell on Theresa May. It was never going to be an easy one. On the other side of the negotiating table sat the EU, which struck a hard line right from the start wanting to make an example of the Brits to scare other European countries away from the idea that they would be better off outside the EU. But that is not what felled Theresa May. May failed miserably as she tried to please the Brexiteers in her party, even though she voted to remain in the EU and when they all deserted her and pro-Remainers also refused to support her, she had nobody else to back her up. Repeated attempts to get the deal that she eventually struck with the EU through the House of Commons failed. She failed to deliver Brexit, and in the end, she found herself without any support in her own party and her efforts to strike a deal with the opposition Labour Party also came to nought. Overwhelmed by the task that she was given, Theresa May had no other option but to resign. Two British Prime Ministers have in recent years been downed over Brexit, who will be next? – Linda van Tilburg

(Bloomberg) – An emotional Theresa May announced she will quit as Britain’s prime minister after admitting she had failed to deliver the one task that defined her time in office – taking the country out of the European Union.

“I have done my best,” May said in a statement to cameras in the sunshine outside her Downing Street offices. “It is, and will always remain, a matter of deep regret to me that I have not been able to deliver Brexit.”

May said Britain now needs a new prime minister to take over and try to complete the task that has defeated her. She will stand down as Conservative Party leader on June 7, with a leadership contest formally beginning the following week.

There will be a crowded field for that election and the race for No.10 will be hard to predict. Party bosses hope to have a new leader in place by the end of July. The result will shape the direction of Brexit and all options – from leaving with no deal to canceling the divorce – are now back on the table.

May’s decision heralds the end of a turbulent, three-year premiership that’s been marked by increasingly bitter divisions within her party and across Britain over how to leave the European Union.

Theresa May is right to resign. She's now accepted what the country's known for months: she can't govern, and nor can her divided and disintegrating party.

Whoever becomes the new Tory leader must let the people decide our country’s future, through an immediate General Election.

The UK was due to withdraw from the EU on March 29. But May’s inability to get the divorce deal she negotiated in Brussels approved in Britain’s deadlocked Parliament has forced her to delay exit day until October.

“I have done everything I can to convince MPs to back that deal. Sadly, I have not been able to do so,” she said.

May delivered her speech in somber tones. As she reached the end, the emotion of the occasion clearly overwhelmed her.

“I will shortly leave the job that it has been the honour of my life to hold – the second female Prime Minister but certainly not the last,” she said, her voice cracking. “I do so with no ill-will, but with enormous and enduring gratitude to have had the opportunity to serve the country I love.”

A very dignified statement from @theresa_may. Thank you for your stoical service to our country and the Conservative Party. It is now time to follow her urgings: to come together and deliver Brexit.

May, an intensely private politician whose mechanical answers earned her the nickname “Maybot,” finally broke down as she turned from the cameras to walk back in through the door to No.10.

Attention now switches to the leadership contest ahead. The front-runner is pro-Brexit campaigner Boris Johnson, who favours a quick, sharp break from the EU. Britain has until October 31 to agree a deal with the 27 other member states. Otherwise the risk is the country will tumble out of the EU with no agreement in place to cushion the economic blow.