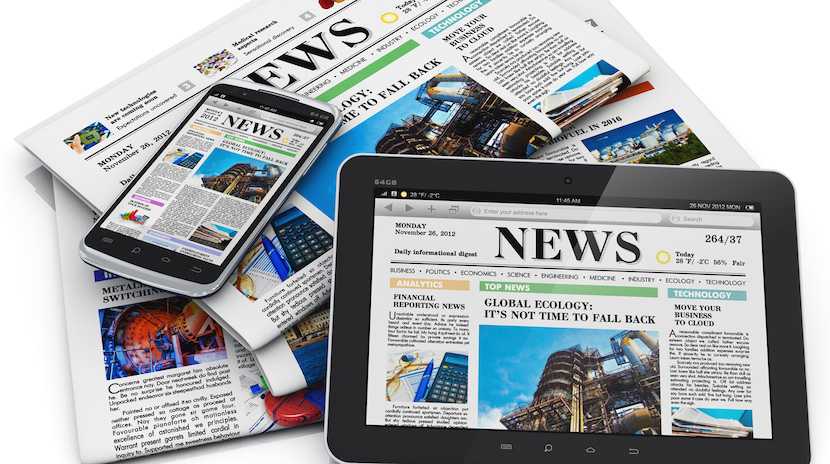 Media style guidelines can be as simple as whether or not one uses American or English spelling of words like labour (labor), to the more complicated ideas of how one reports on certain stories. Tony Weaver explores the concept of language in the media through a personal experience while as a Bureau Chief in Namibia. He then fast forwards to today, pointing his pen at climate change and how recently in the United States this topic was kicked into touch by certain media houses, while the royal baby Archie took centre stage. It’s clearly a sign of the times, especially as most media houses are merely giving consumers what they want. It’s also a challenge covering something like climate change, or rather climate emergency because change is too ‘passive’, in an environment where the president himself is a denialist. The piece does highlight the influence media has on modern day society, and while many point fingers at fake news, another key issue is what’s not being reported on. First published in Die Burger. – Stuart Lowman

Language is a funny thing. Grammarians, journalists, editors, writers agonise over words and how they might change, or not change, the meaning of a phrase, a sentence, an article, a book.

When I was a young journalist, I was posted to Namibia for two years with the grand title of “Bureau Chief” for the Rand Daily Mail, Cape Times, Sunday Times, EP Herald, Daily Dispatch and the Natal Mercury.

Bureau Chief was a very grand title – I was the only reporter, and was also the photographer. But it sounded good and meant my salary went up from the lowly R350 a month I was earning on the Cape Times to over R1,000, plus a “foreign allowance” of R300 a month.

That term, “foreign allowance”, was important – it meant that the company recognised Namibia was a foreign country, in line with UN Resolution 2145 (XXI) of 1966, and not a Mandated territory or province of South Africa called South West Africa.

From my very first report out of Windhoek, I unilaterally made three language changes: I started calling the country Namibia, I dropped the legally inaccurate term “border war” and substituted “Namibian bush war”, and started calling Swapo fighters the neutral “guerrillas” or “insurgents”, not the ideologically-loaded “terrorists”.

The Cape Times and Rand Daily Mail immediately adopted my terminology. The then-editors of the Dispatch, Mercury and Tertius Myburgh at the Sunday Times soon started agitating for my dismissal (Myburgh in particular, after I called Swapo co-founder Andimba Toivo Ya Toivo “the Nelson Mandela of Namibia”).

On such small verbal shifts are small battles won or lost.

In later years, as news editor on the Cape Times, I drilled into young reporters that they should never write that “the fire destroyed thousands of hectares of fynbos”. Fynbos needs fire, it is part of its regeneration, and the word “destroyed” was inaccurate.

Most media houses have their own style guides, many based on a handful of international publishers: the AP style guide, the London Times, The New York Times and The Guardian among them.

Three weeks ago, The Guardian announced a radical change to its style guide: from now on, it would refer to “global heating”, not “global warming”; “climate emergency, crisis or breakdown” were to be used instead of “climate change”; and “climate science denier” would be used rather than “climate sceptic”.

Guardian editor-in-chief, Katharine Viner, said “the phrase ‘climate change’, for example, sounds rather passive and gentle when what scientists are talking about is a catastrophe for humanity.”

A recent survey by the US monitoring group, Media Matters, found that the big US TV networks devoted much more airtime to the birth of British royal baby Archie than to covering a major UN report that one million species were in danger of extinction. ABC News gave more coverage to Archie in one week than its entire 2018 coverage of the climate crisis.

Welcome to the Brave New World of climate science reporting: the catastrophe is upon us, and we have to report it as such. It must become a daily part of our major news coverage, and of our daily conversations, and not be shoved aside in the hunt for trivia.