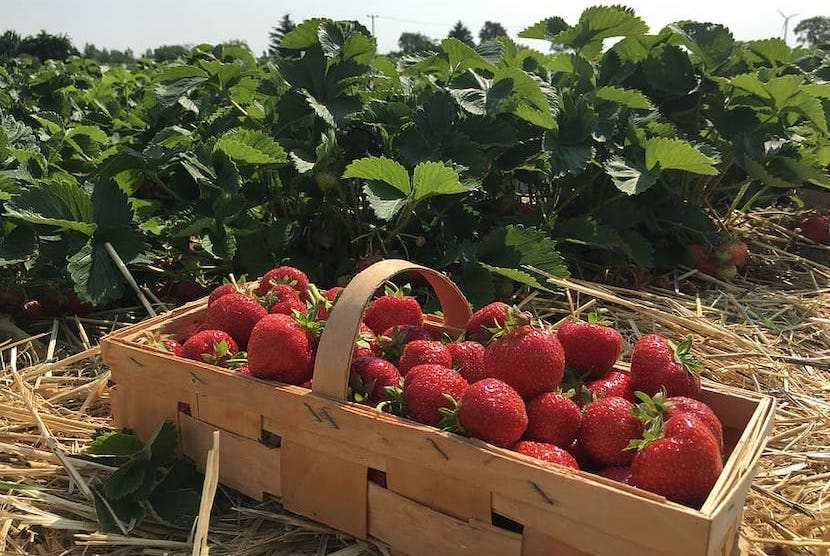 If you walk around in a supermarket in the United Kingdom; there is an abundance of fruit from all over the world no matter what time of the year, and when you look at the country of origin; South Africa often features, particularly if it is oranges, apples or grapes and in the last couple of years you can find granadillas, or passion fruit as Brits call them and avocados. And it is not only in the UK and EU where there is a big demand for fresh fruit and avocados. It is expected that China, where avocados have been discovered as a heart healthy food, could become the largest importer of avos in the world. The rise of veganism is also fuelling the demand for avocados and so-called super fruits such as berries. According to figures from the South African Revenue Service from 2017, 3.33 million tonnes of fruit were exported, which showed 10% growth from the year before. Researchers Shingie Chisoro – Dube and Pamela Mondliwa from the University of Johannesburg think that the export of fruit has the potential to grow much faster than it does at present in South Africa. They write in the Conversation that South Africa should create the jobs required to take advantage of the growing demand for fresh fruit. – Linda van Tilburg

South Africa is missing out on fresh fruit export growth. What it needs to do

South Africa’s urgent need to create jobs requires that the country take advantage of opportunities in the global economy that it can convert into quick wins. The fruit industry presents such an opportunity. The country’s fresh fruit industry is currently the largest exporter of agricultural products, contributing 52% of the value of South Africa’s agriculture export basket. It also represents 28% of total employment in agriculture.

But there’s a great deal more it can do given that demand for fresh fruit is expected to continue growing at an average annual rate of 7.1% over the next two years. This is being driven by the growth of the middle class in China, Africa and other Asian countries.

South Africa is already an established player in global fruit exports, especially citrus. But it has failed to take full advantage of the rise in demand, especially for high value fruits such as berries and avocados. Countries that have successfully done so, like Mexico and Peru, increased their fruit exports by up to 15% per annum between 2013 to 2018. In contrast, South Africa’s fruit exports only rose by 3% over the same period.

The one success story has been citrus. The country’s share in the top six citrus exporting countries more than doubled from 6.6% to 15.7% between 2001 and 2017. It is now the second largest exporter of citrus globally.

Success of the citrus industry has been largely bolstered by research, innovation and technological developments, driven by the industry association – Citrus Growers Association (CGA) – in collaboration with government. These are critical aspects in maintaining markets, negotiating new markets and complying with sanitary and phytosanitary standards imposed by different importing countries. For example, investment in research and development is so important that it accounts for approximately 80% of CGA’s total annual revenue for the 2017/18 financial year. This has also been the case for other large volume fruit exports such as apples and pears as well as stone fruit.

This success demonstrates what is possible with concerted and coordinated action for fresh fruit. The Public-Private Growth Initiative announced by President Cyril Ramaphosa at Business Unity South Africa’s 2019 Business Economic Indaba suggests that there is an appetite for collaboration between industry and government on targeted initiatives.

As part of the initiative, the agriculture sector proposed a business plan to create 120 000 jobs by 2023. The business plan acknowledges the role that high-value fruit can play in creating jobs but there appears to be no prioritisation of how the different sub-sectors in agriculture will contribute to the overall objective. Research conducted by the Industrial Development Think Tank (IDTT) shows that targeted interventions in high-value fruit alone could create about 100 000 jobs by 2023.

If South Africa is to aggressively find new export markets and grow its exports, it can achieve a conservative 5% export growth per annum over the period 2019 to 2023. Achieving a conservative 5% growth in export volumes (on top of local market demand growth of 3%) implies that production would increase by 34% from approximately 6.5 million tonnes in 2017 to 8.7 million tonnes by 2023.

At such increased level of production, assuming normal weather conditions, the fruit industry could create an additional 100 000 jobs by 2023. The creation of additional jobs is based on moves to higher value crops such as berries and avocados, which are more labour absorbing in production and packaging. These fruits have a higher employment intensity of 2.9 and 2.6 workers per hectare, respectively. On average the fruit industry employs 1.6 workers per hectare. But the recurrent droughts and erratic rains pose a huge risk to production. Good rains could see the industry improve from this position.

A number of bottlenecks need to be addressed to realise the job opportunities. These include improving access to export markets, addressing congestion at the ports and improving the rail and logistics infrastructure.

With regard to access to markets, South Africa should prioritise high growth markets in South and East Asia. These include China, Vietnam, Thailand, South Korea and India. In the last five years, Chinese imports of fruit and nuts grew at a compound average growth rate of 38%. However, South Africa can only export citrus, table grapes and apples to China.

The biggest constraint for fresh fruit exports is complying with sanitary and phytosanitary standards in different markets. The process of compliance requires technical and science expertise. This expertise is needed to reassure importing countries that they are not at risk of any pests and diseases. For example, the CGA through its dedicated research and development division has been successful in carrying out cutting-edge research and solutions for pest and disease control. This has enabled the industry to demonstrate to trading partners that their exports do not pose risk to importing countries.

A key example relates to the European Union’s False Codling Moth concern with South Africa’s exports of citrus in 2018. The citrus industry was able to conduct research and provide technical information indicating that there was no risk in their fruit exports. If CGA had not dealt with the False Codling Moth concern, the EU would likely have blocked South Africa’s exports.

Improving compliance with sanitary and phytosanitary standards set by different importing countries means that the key institutions involved in agricultural and trade policies must have the necessary skills to negotiate market access and carry out regulatory functions and services effectively.

The high levels of congestion and delays at South Africa’s main ports remains a constraint to growing fresh fruit exports. Addressing such bottlenecks require investments in integrated digital systems to assist with planning and avoid product overload at the main ports.

Such digital solutions should be able to link growers and producers in-house systems to ports, logistics companies and shipping lines, which will create timeous and speedy supply chains. Digital solutions that also reduce the logistics costs and ease the process of exporting will increase the value of exports and also facilitate entry of new players into export markets.

Complementary investments in rail and logistics infrastructure are critical to aid with faster movement of products from the farm and through the ports.

Lastly, fruit farmers would also need to make changes. Workers would need re-skilling to meet the growing demand for digital skills, using advanced machinery and equipment as well as research and technology development.