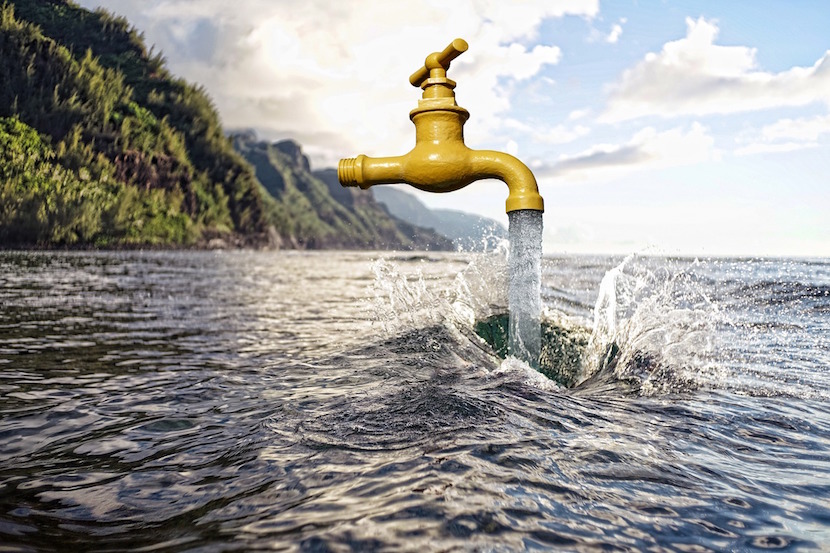 President Cyril Ramaphosa’s rise to prominence in the ANC two years ago was greeted with such excitement that a new word was born: Ramaphoria. But the collective hope that Ramaphosa could rescue South Africa from the clutches of a corrupt ruling party that had deployed its cadres across state entities is clearly fading. The dimming of excitement about South Africa’s prospects has been apparent in global ratings agency reviews, with the country slipping off the radar as an investment opportunity. Although state entity Eskom has been identified as one of the major hindrances to growth, too little is being done to overhaul the power utility. As John Kane-Berman notes, the reasons for the water crisis are the same as those behind Eskom woes. Slowly but surely, Ramaphosa seems to be losing his sheen as the man who could rescue South Africa from a difficult future. This article first appeared on the Daily Friend. – Jackie Cameron

Last week Cyril Ramaphosa sounded the alarm about South Africa’s water crisis. Citing the famous line from Coleridge’s Rime of the Ancient Mariner about ‘water, water everywhere, nor any drop to drink,’ he said that ‘unless we act now, we may not have water anywhere’.

The combination of a ‘decade-long drought’, ‘already over-exploited water systems’, and ‘worsening effects of climate change’ confronted the country with a ‘dire situation’. Other causes included ‘mismanagement and corruption’ in the water sector, billing errors, unauthorised usage, and ‘outright theft’. Whether in the building of infrastructure or at municipal level, ‘serious accountability and governance issues’ persisted.

Releasing the government’s latest water and sanitation master plan the previous week, the minister of human settlements, water, and sanitation, Lindiwe Sisulu, identified a lack of skilled water engineers as among the other causes of the water crisis. Implementation of the master plan would cost the country nearly R900 billion over the next ten years, she said.

There is nothing new in any of this. What is missing is any acknowledgement by President Ramaphosa of the consequences for the water sector of the implementation of his party’s major policies of cadre deployment and racial preferencing, the latter including procurement requirements, affirmative action, and black economic empowerment.

Various water specialists have identified some of these consequences. Qualified officials both black and white have been shunted aside as a succession of ministers have brought in their own top management. The national department multiplied director-level posts, leaving it with layers of managers but nobody to do the work. Posts in the water sector have been left unfilled rather than having whites appointed to them. Highly qualified staff, ranging from engineers to microbiologists and ecologists, have been placed under pressure to leave long before retirement age in order to meet transformation targets. Political appointees have been appointed to jobs requiring technocratic skills.

Frequently when whites were pushed out there was no one with the requisite experience and skills to mentor their replacements. One consequence of the purging of whites has been a severe loss of institutional memory. Contracts for water supply have often been awarded according to black economic empowerment requirements rather than on the basis of technical competence. The establishment of local water associations has been slow because of difficulties in meeting racial representivity targets.

South Africa’s water crisis has less to do with drought and ‘climate change’ than with racial ideology and the policy of cadre deployment, both key components of the national democratic revolution to which the African National Congress (ANC) and its communist and trade union allies are committed.

Even without the sometimes devastating consequences of drought, South Africa would still have a water crisis. Like that at Eskom, the water crisis is man-made. Or to be more precise, it is ANC-made.

And it is more difficult to fix. In the first place South Africa has almost unlimited supplies of coal, but not of water. Secondly, Eskom is a single entity, whereas the supply of water involves not only the national department and regional water boards, but all the country’s local authorities, many of them mini-Eskoms in terms of corruption and incompetence. Even if Ms Sisulu is able to eradicate these problems in the national department which she heads, which would be a spectacular achievement, fixing all the problems at local level will necessitate fixing local government.

It will be difficult to fix any of these problems unless Ms Sisulu and the rest of the government apply the good old liberal philosophy of making appointments on a basis of colour-blind merit rather than race and political allegiance.

Presumably because no blacks were willing to accept the poisoned chalice, a brave white man has been appointed to fix the catastrophe that is Eskom. But what are the chances of a more general shift towards a liberal policy?

Far from acknowledging the damage that his government’s racial policies have done to the public sector, Mr Ramaphosa berates the private sector for not implementing similar policies fast enough. Only a week before his missive about the water crisis, he complained that the ‘significant progress that has been made in the public sector’ in ‘driving transformation’ has ‘not been matched by the private sector’. Legislation augmenting the power of the minister of employment and labour to impose racial targets on the private sector and penalise defaulters is in the pipeline.

Far from learning from its own calamitous mistakes with ‘transformation’, the ANC under Mr Ramaphosa seems determined to impose them on others.