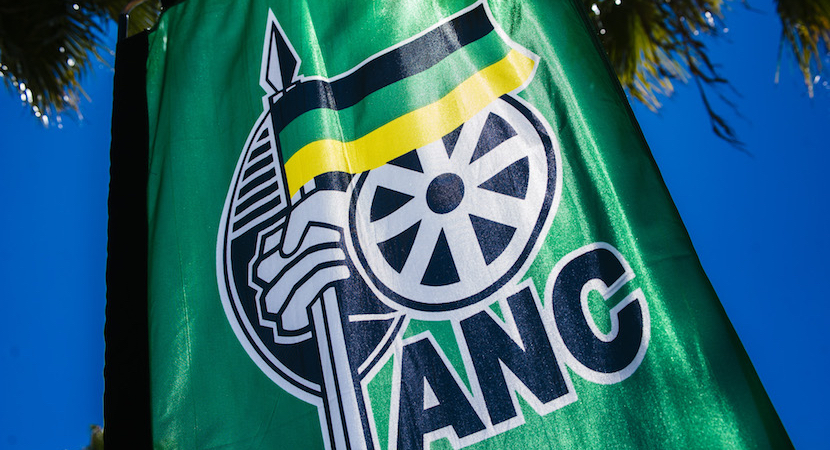 JOHANNESBURG  — The Institute of Race Relations‘ Sara Gon has written a forthright article on how state capture is really nothing new or recent in SA, but that it has its roots in the concept of ‘cadre deployment‘ – a notion that is the very DNA of the ANC. Of course, sunlight totally exposed cadre deployment last week when SARS’ head of IT, Mmamathe Makhekhe-Mokhuane, burst onto our television and YouTube screens and practically frightened the nation. Perhaps the problem in SA is much bigger than that of the Zuptoids… This article first appeared on Politicsweb and is republished with permission here. – Gareth van Zyl

State capture began in 1994 when Nelson Mandela was our president. It took a specific form – cadre deployment – that has had a huge impact on the South Africa of 2018. We are experiencing our longest economic downturn since 1945 and many public services are in a state of collapse.

The following media excerpts are illustrative of the range and scale of the problem:

– According to Reyneke, the trade union is concerned about the state of maintenance at other Eskom power stations as well. “We    as a trade union are concerned about the safety of our members at many of Eskom’s power stations. The Lethabo accident cannot be viewed in isolation. Now there is a strong reaction after a fatal accident took place, but it appears that proper maintenance processes at other power stations are not taking place as they should – a state of affairs that undoubtedly will lead to more accidents,” Reyneke said.”’– Solidarity media statement 11/10/2018

– “The planning was poor or non-existent, implementation was chaotic, with no accurate, consistent data for decision-making, monitoring and evaluation; the implementation was non-compliant with the MCHA. Multiple transfers not only exacerbated the poor quality of data but added more anxiety and stress to the MCHUs.” – One of the findings by the Health Ombud, Prof. Malegapuru Makgoba, in the investigation into Life Esidimeni 01/02/2017

– “The problems in KZN are not created by the non-functionality of the oncology machines in Addington Hospital, that is just one of thesymptoms of the problem. We have found that the biggest problem in KZN health department is the planning of human resources. The development and management of human resource has not been going well and is the root cause of all these problems. Specialists are leaving not only in the oncology department, but across the board. The second biggest problem is procurement, the manner in which procurement is done has been found wanting,” said Motsoaledi.” – Berea Mail 25/08/2017

– “The death of at least, two (for we do not know if all have been reported) five-year olds in pit toilets at schools is shameful.Many, many people fought long and hard to be able to protect all from the violence and atrocities of apartheid.Yet our state and society cannot protect these toddlers from danger and even death, death in most grim circumstance.” – Raymond Suttner, Polity, 18/03/2018

The ten-year rule of former President Jacob Zuma caused state capture to gather momentum at a hazardous rate. But it certainly didn’t start with Zuma.

The African National Congress (ANC) follows a socialist/Marxist programme that entails viewing democracy in South Africa only as a temporary measure on the way to achieving a socialist state.

The process to achieve this purpose is the ‘national democratic revolution’ (NDR). A fundamental requisite of the NDR is to put the levers of power of society in the hands of the ANC.

The state is expected to collapse into the party.

The key to the state capture project was and remains cadre deployment.

To the democratic mind, these ideas seem ludicrous, but the ANC actually saw fit to declare 2013 to 2023 as “The Decade of the Cadre”, even as cadre deployment was being severely criticised inside and outside the movement.

In 2014, Chitja Twala from the Department of History at the Universe of Free State published a paper entitled The African National Congress (ANC) and the Cadre Deployment Policy in the Post-Apartheid South Africa: A Product of Democratic Centralisation or a Recipe for a Constitutional Crisis?

Twala’s paper provides a revealing view of the ANC’s thinking four years ago.

In an interview in 2014, cited in the paper, the ANC’s spokesman in the Free State, T Meeko, defended the implementation of cadre deployment, arguing that it was not to blame for the poor performance of most municipalities around the country. The cadre deployment policy, he insisted, was to identify the best candidates to implement policies of the party in government. According to Meeko, the real reason why some municipalities performed poorly was the high levels of unemployment that they faced.

“In 2013, while serving as Minister of Public Enterprise, Malusi Gigaba defended his appointments of cadres to parastatal boards. Although he acknowledged that cadre deployment had gone wrong in some instances, he insisted: ‘I wouldn’t apologise for deploying a cadre into a board, provided the cadre has the relevant and required experience and expertise to deliver on the mandate…

G Marcus is a cadre. She has the required skills to run the SA Reserve Bank. Former SA Reserve Bank governor, T Mboweni was a cadre. I would worry if someone suggested that M Gigaba become the governor of the Reserve Bank. Then I would say cadre deployment would be wrong… The department had taken a decision to reaffirm the policy of not allowing a person to serve on one board for more than two terms of three years each, except in exceptional circumstances.’”

By 2017, Gigaba didn’t think it wrong that someone suggested he become finance minister.

“The cadres feel accountable not to their employer but to the committee of the alliance that assigned them to the position in question. Not surprisingly, the High Court has struck down cadre deployment as illegal and unconstitutional in a case concerning the appointment of the municipal manager in the Amathole District of the Eastern Cape, but cadre deployment continues, with scant regard for the judgment of the court.

“The cadres answerable to the ANC committees which deploy them do not regard themselves as accountable to the public…. Interestingly, there are other arguments that challenging the cadre deployment policy by those within the ANC could be viewed and interpreted as career limiting.”

“…The cadre deployment committees of the ANC which function at national, provincial and local levels are driven by factionalism.

“This leads to less than satisfactory outcomes when the favourites of the dominant faction, at any given time, are not the best, or even appropriately, qualified candidates. The appointees regard themselves as the deployed cadres of the ANC rather than public servants and do not answer to anyone other than the alliance deployment committee that appointed them. It is argued that with the cadre deployment policy, internal party battles have also spilled over into the state, affecting other services provided by the state.”

The ANC’s National Deployment Committee from 2013 to 2017 was chaired by President Cyril Ramaphosa. This year David Mabuza is the chair.

Ramaphosa is still a champion of cadre deployment, but any suggestion of revamping the system to make it more efficient and effective will fail.

There are hundreds of examples that reflect failed cadre deployment, including Marikana; the Scorpions; Eskom; SAA; SABC; the 93% of municipalities which have qualified audits; our rotting water infrastructure; the fact that only one of 394 state hospitals functions properly; neglect of duties, sexual harassment and incompetence in schools; the commissions of enquiry into SARS, state capture and now the PIC.

No, cadre deployment cannot be corrected. It must be done away with. It’s an odious idea perpetuated by a party that indulges in woolly and wishful ideological thinking.