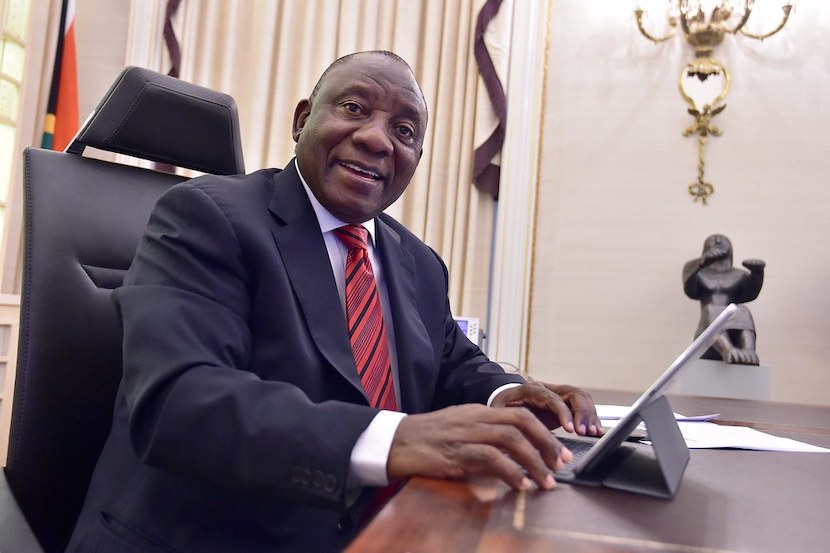 The ANC government continues its flirtation with policies that gives a bigger role to the state in the economy and it is interesting that President Cyril Ramaphosa uses the example of the US that spearheaded the development of Silicon Valley in his arguments in favour of a greater role for the state.  It is perhaps a reluctance to use the example of China as any nod to the economic policies of communist countries is more controversial. But when it comes to a debate on whether the state should take on a more entrepreneurial role, Chinese policies in turning the country from a nation where 30% lived under poverty to such a successful one, is probably more suitable for South Africa. What China did was remove many state controls and its economy is large privatised. Sara Gon writes in the Daily Friend that she has another problem with Ramaphosa’s arguments for state entrepreneurship; ‘the ANC has not shown any capacity to be the centre of development and entrepreneurship’ and should in the updating of its national development plan acknowledge its limitations. – Linda van Tilburg

Limiting the role of the State

In one of his replies to questions in parliament in 2019, President Cyril Ramaphosa said the State should be at the centre of the development of the country and should take a more entrepreneurial role.

The State should indeed be at the centre of the development of the country, but in one respect and one respect only: it should create the space for others to develop the country.

There is nothing in the governance of the African National Congress (ANC), in the past decade in particular, that shows it has any capacity to be the centre of development and entrepreneurship.

The State under the ANC has shown little capacity and even less appreciation of what is needed to make a country economically successful. None of this has been at the forefront of its collective mind. Corruption and incapacity have ultimately defined the State’s role.

The ‘State’ in the form of the ANC has failed as the guardian of the citizenry’s well-being. The State should absolutely not take on a more entrepreneurial role. The people are the State, not government and certainly not the ANC.

And there is no doubt that this regime cannot innovate in any meaningful way. Ramaphosa uses as an example how the United States (US) government ‘spearheaded the development of Silicon Valley’ and how the military contributed to the creation of the internet. The US military certainly played a role – but it could. Denel can’t even afford to pay its staff salaries. Denel is South Africa’s state-owned aerospace and military technology company established in 1992. It was originally part of Armscor, until all the manufacturing divisions were split off into Denel.

Everyone who matters in the ANC’s current National Executive Committee was in government when the State was hollowed out. Somehow it ‘just happened’ under Jacob Zuma. The fact is that Ramaphosa and his colleagues are responsible for the dire state of the economy and the disintegration of state-owned enterprises (SOEs).

It beggars belief that Ramaphosa is actually suggesting that the ANC should run more, not less. The government has no right to take more of the citizenry’s money without having the skill to manage it properly.

This doesn’t mean that public/private partnerships shouldn’t happen. Of course they should, but Ramaphosa must remember that the citizens own the SOEs and the government is duty-bound to provide the services of the SOEs to the best benefit of the citizens; not of the ANC or the government. If the private sector can partly or entirely provide what is necessary, then that is what the government must support.

Ramaphosa suggests that there has been a lack of commitment by the private sector. The private sector is a great risk-taker, but it’s not stupid; it’s going to take risks that guarantee that its investment and effort are not frittered away by corruption, red tape and incompetence. Risk is not about throwing good money at almost certain failure.

This is something Ramaphosa should have learnt in over a decade in the business sector. He cannot expect the private sector to invest in a Ramaphosa-led government unless it can guarantee that it won’t interfere.

Ramaphosa needs to acknowledge that the growth of the American economy, with the private sector at its core, is what led to its becoming the most powerful nation in the world. That was not because the State appropriated for itself the chief role of invention and development. It didn’t. Its role was complementary to the role played by the private sector. Freeing markets, which drove American success, is what the Chinese have done, thereby achieving their astonishing growth from poverty-stricken backwater to the second largest economy in the world.

As uncritical admirers of everything Chinese, the ANC would do well to note that 60% of that country’s GDP is produced by the private sector.

As for the National Development Plan (NDP), Ramaphosa is correct; the NDP is a lodestar not a concrete plan as such. It is currently being updated, but to what extent it will acknowledge the practical constraints of the country rather than the ANC’s quaint ideological limitations is yet to be seen.