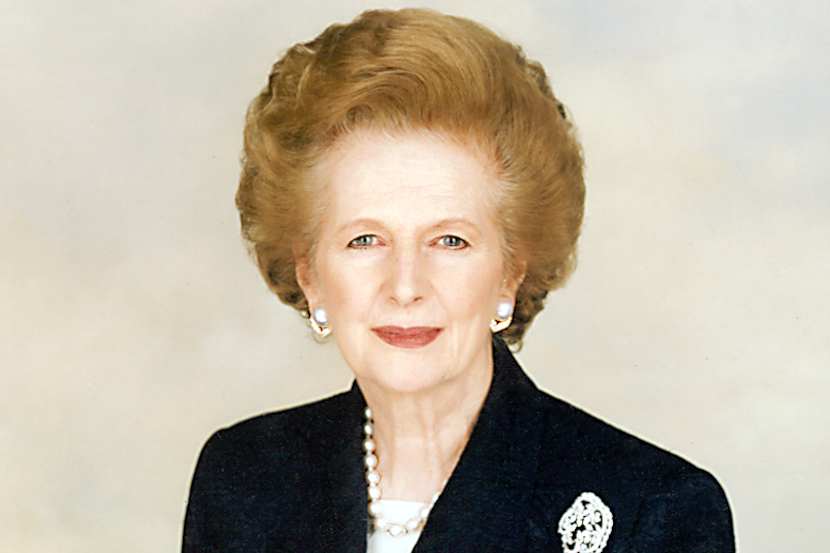 Not many politicians have an ism behind their names, but Margaret Thatcher, the former British Prime Minister with her brand of political philosophy, has. Thacherism is a belief in free markets and a small state that should not regulate every minute detail of business and people’s lives.  The Government’s job according to her philosophy was to get out of the way, lower taxes and let the markets flourish.  She also believed that unions were trying to block economic progress and managed to break the power of the unions in the process. In the north of England, Thatcherism is often used as a swear word as she closed uneconomical coal mine pits in the area which led to job losses. Phumlani Majozi, a senior fellow at African Liberty says President Cyril Ramaphosa needs to pursue Thatcher’s policies to fix South Africa and should have the courage to confront the unions who are protecting their interests and not acting for the benefit of the 9 million unemployed. – Linda van Tilburg

My 2020 advice to President Cyril Ramaphosa

As we enter 2020, I remind you again that South Africa’s economy under Cyril Ramaphosa’s African National Congress (ANC) is in a serious crisis. Anybody who reads about this country should be aware of the crisis we are in.

It’s an economic crisis we could have evaded – had government made rational decisions – fitting with the prerequisites for rapid economic growth. The economy would have been thriving along with other developing nations.

How South Africa got to 2019’s economic quagmire is widely known and documented. I’m one of the commentators who have written numerous times about the recipe that got us to this stagnation. To be frank, the destruction of the economy began under Jacob Zuma’s administration.

Before Zuma, under Thabo Mbeki and Nelson Mandela’s administration, the country experienced relatively higher levels of economic growth with lower levels of unemployment. It is crucial that we highlight this historical fact. Because people tend to forget that our economy wasn’t always the mess it is after 1994.

Rebooting the economy in 2020

As we enter 2020, we should come to terms that we cannot afford to dwell on the past; we have to learn from it, and move on. We should use our past, our history, as a guide into the future.

Jacob Zuma left the Union Buildings long time ago. He’s now in and out of courts – dealing with his corruption allegations. It’s Cyril Ramaphosa who is now President of South Africa. It is now his responsibility to reform the economy and bring back the robust economic growth and the lower levels of unemployment last seen under Mbeki.

In my opinion, as someone trained in economics, bringing back economic growth is not that difficult. It just requires decisive, visionary leadership from President Ramaphosa.

We have to see a decisive leadership from Ramaphosa in 2020. To demonstrate decisive leadership on the economy, the President must hold off on the appointment of advisory councils and commissions. We don’t need councils and commissions – they will delay the process – and fail to come up with a free market solution – which is what this country needs to reboot the economy.

We need a reduction of the role of government in the economy. Government’s role in the economy became bigger and bigger over the past ten years. This has resulted in a dire fiscal situation. The government debt now accounts for more than 55% of our gross domestic product (GDP). And with huge anticipated spending on our financially troubled SOEs such as Eskom and South African Airways (SAA), the debt situation is projected to deteriorate.

Because of the strong labour unions in the country, reforming SOEs is the most difficult task. The labour unions have come out vehemently opposed to any form of privatisation of SOEs.

In 2020, the President must have courage to confront unions. He ought to do this soonest – way before municipal and national elections. Doing it earliest, will give him sufficient time to recover from any fallout with ANC’s affiliates.

When Ramaphosa took power as President of the ANC back in December 2017, I subsequently wrote that to fix the mess that is South Africa, he must pursue Thatcherism.

Thatcherism was a set of economic policies that were robustly advocated by the former Prime Minister of Britain, Margaret Thatcher, in the 1980s. They were basically pro-market reforms, that comprised of massive privatisations, deregulation of the market, and a vigorous confrontation with Britain’s labor unions. Ramaphosa needs to borrow from Thatcherism to fix South Africa.

With Tito Mboweni as finance minister, the President has somebody to work with to reboot the economy.

As I have contended before, Mboweni is the only rational minister in Ramaphosa’s government. He’s put the country first. He’s got a very strong grasp of the country’s dire situation and how we should address it.

2019 was a bad year for South Africa’s economy – with contractions in first quarter and third quarter. Advisory councils and commissions will not get us a better 2020. Only bold, unpopular decisions will get us robust growth.

We can no longer afford delays on reform. If we continue to delay, the credit ratings agencies will further downgrade us; and the repercussions from that will be severe and long-lasting to our society.