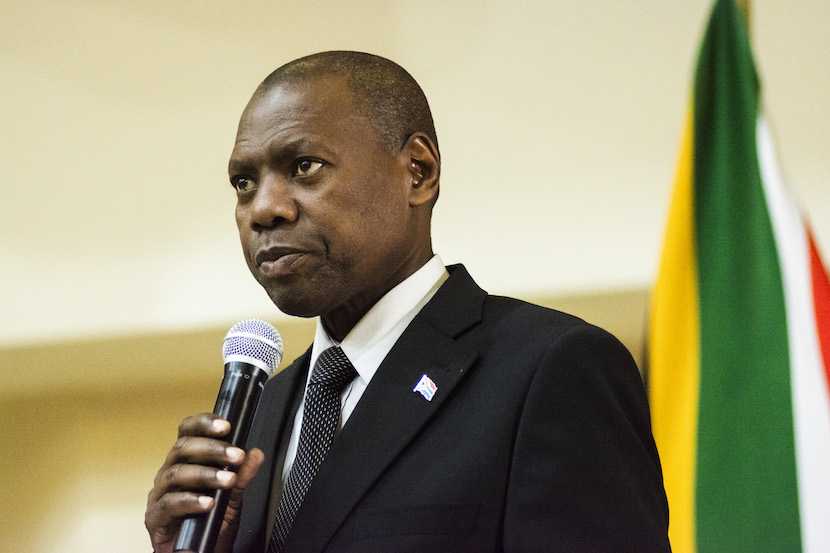 As politicians go, South Africa’s Health Minister Zweli Mkhize is among the better ones. But like others in the Blue Light Brigade, Mkhize’s worldview has to be influenced by that rarified atmosphere and the quality of information he receives from advisors. So it’s safe to assume this decent human being is simply regurgitating what he has been told with a statement that is likely to put him into contention for the Sunday Times’s “Mampara” award. To whit, that the National Health Insurance will replicate the disastrous Road Accident Fund. As reported by Medicalbrief.co.za, it was made without a hint of irony. On an idealogical level, no caring person can oppose the concept of universal healthcare. Promoting greater health among its citizens is surely the best investment any government can make. But we live in a real world where the allocation of resources determines every nation’s trajectory. So you can’t just throw all the money you possess at a single problem. And any way one looks at it, the RAF has been an unmitigated disaster for taxpayers with billions continuously siphoned off by underserving actors. It desperately requires radical reform. So repeating the RAF insanity with the far larger NHI has the potential to bankrupt a country already sailing perilously close to the financial edge. Mkhize’s intentions are clearly noble. But he needs a lesson in economics – and better informed advisors. Fast. – Alec Hogg

Pam Saxby writes on the Legalbrief Policywatch site that since existing Public Finance Management Act section 3(A) entities have “set a precedent of good governance and accountability”, there is apparently every reason to believe that the funding mechanism proposed in the 2019 National Health Insurance Bill will follow suit, according to a media statement from the Health Department. Prompted by concerns about “media reports in which various stakeholders have made public comments … (on) the … Bill”, among other things the statement notes the “high index of confidence” in existing section 3A entities, which over the years have apparently ‘set a precedent of good governance and accountability’.

Urging “interest groups” to desist from “generalising” the findings of surveys with scientific “limitations”, the statement reiterates government’s commitment to ongoing engagement with medical practitioners and other stakeholders. This is noting that, as the Bill’s parliamentary process unfolds, interest groups and members of the public will have the opportunity to raise any concerns they may have about NHI and suggest how the Bill might be improved.

So far, public hearings on its proposals have been held in Mpumalanga, the Northern Cape, KwaZulu-Natal, Limpopo and the Eastern Cape.

In a recent interview conducted by Radio 702’s Clement Manyathela, National Assembly Health Committee chair Sibongiseni Dhlmo said this year’s public hearings programme will begin in Free State province towards the end of the month, followed by North West province, the Western Cape and Gauteng. He hopes to have concluded the programme by mid-February.

Saxby says, meanwhile, “emanating” from the 2019 Presidential Health Compact, an anti-corruption forum has “already detected and prosecuted” many “instances of fraud” in both the public and private healthcare sectors; the public health infrastructure refurbishment programme ‘is seeing phenomenal results’; and “human resource capital has been boosted by various strategies”.

Given that South Africa is “well on the path to controlling … HIV/Aids”, has “substantially reduced under-five, … maternal … and infant mortality rates” and that protein energy malnutrition and “large gastroenteritis wards” are “almost phenomena of the past”, in the department’s view universal health coverage is eminently achievable.

Health minister Dr Zwelini Mkhize says that he understands the apprehension around the NHI, but has reassured stakeholders that the system will be run with the same efficiency and integrity as other public entities, reports Business Tech. Mkhize said: “The powers, privileges and consequence management set out in typical section 3A entities are no different to what is being proposed in the NHI Bill. There is a high index of confidence in section 3A entities as they have set a precedent of good governance and accountability.”

Mkhize added that his department has already implemented, and is seeing results from a number of new initiatives in preparation of the new bill. These include: The Public Health Infrastructure Refurbishment Programme and The Health Sector Anti-Corruption Forum, which has detected and prosecuted in instances of fraud and corruption within the private and public sectors; the department’s human resource capital has been boosted by various strategies such as the increase in numbers of doctors trained, (leading to the largest number of interns being placed in 2020 to date); and the presidential stimulus package has allowed for the funding of more posts and the protection and retention of departmental savings to be redirected towards human resources for health.

“Medical Practitioners, along with all stakeholders, will continue to be engaged through consultation processes held by parliament through which any concerns and suggestions about the NHI Bill can be raised,” he said.

Mkhize says he does not understand fear mongering when it comes to the NHI system because it will be managed in the same way as institutions such as the Road Accident Fund (RAF) and the National Student Financial Aid Scheme (Nsfas).

Also read: WORLDVIEW: The NHI and the myth of private healthcare efficiency

City Press reports that Mkhize went on the defensive after its sister publication Rapport reported that opinion polls indicated that many doctors were threatening to leave the country if the NHI was implemented in its current form.

Mkhize defended the NHI, saying it would be managed like other Schedule 3A entities – defined as “extensions of a public entity with the mandate to fulfil a specific economic or social responsibility of government”. South Africa had more than 150 Schedule 3A national public entities, and hundreds more in the provincial sphere, which were managed effectively and with integrity, said Mkhize.

ANC alliance partners Cosatu and the SACP have announced that they back the NHI saying it is a necessity to address the healthcare crisis in the country and allow people to have access to quality health care, according to a Sunday Tribune report. SACP general secretary Blade Nzimande said the party wanted the NHI to be implemented this year. “The alliance must unite to advance and defend the interests of our people and defeat all those forces opposed to the NHI.

“We are against the use of illness in society as a basis for profit-making. We believe that quality health care must be accessible to all in our society, irrespective of one’s social standing and location,” said Nzimande.

Cosatu has also called for the government to intensify efforts to roll out NHI. It said NHI would ensure that poor people had access to quality health care. But the official opposition said the NHI would not be successful in light of the pilot projects that had not succeeded. They said most of the pilot sites had collapsed.