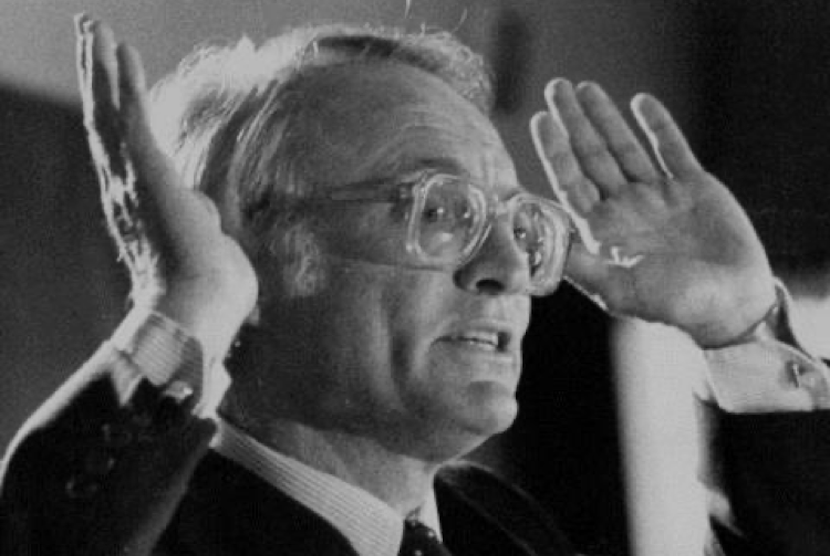 Dr Denis Worrall reminds South Africans here of how pivotal a role the Democratic Party, which he helped found, has played in shaping our constitutional democracy. It’s timely, given the travails the DA faces today and the potential it has to continue making a fundamental difference to the way this country evolves. Our current service delivery dysfunction and corruption hangover (with thousands still lolling contentedly in Happy Hour), has put the country into an economic tailspin the likes of which we last saw 30 years ago. That was when a financial crisis helped prompt former President FW de Klerk to give his courageous watershed speech unbanning the ANC. That he took on the hardliner apartheid ideologues in his own party is uncontested, as was the electoral mauling the NP received in September 1989, just five months earlier. It was then that De Klerk turned to the DA voters to secure a white referendum that voted in favour of what was considered radical reform. Worrall asks whether history is not repeating itself, with the ANC, (or factions of it), failing to win 50% in the next election. He also grasps the nettle of whether the DA considers itself a multi-racial or non-racial party, giving valuable historical perspective to this volatile debate. – Chris Bateman

For the past two decades former president FW de Klerk and his foundation have observed the anniversary of his celebrated speech to the South African parliament on 2 February 1990, and he has had every reason to do so. That is the speech in which he announced the unbanning of the African National Congress and related organisations, so opening the way for the release of Nelson Mandela and other imprisoned leaders. As one of its co-leaders and Democratic Party member of parliament for the constituency of Durban Berea I recall listening to the speech with respect at the political courage it required. I knew that while de Klerk was acknowledging that the days of white only politics were over, he was also responding to a national financial crisis.

And while de Klerk has every reason to regularly celebrate his speech, so I would suggest does the Democratic Alliance. De Klerk’s opening statement in that speech was: “The general election of September 1989 placed our country irrevocably on the road of drastic change.” What he obviously wanted to convey with this is that the September 1989 election had given him the mandate to bring about the changes he was to announce in the speech to come. But the truth is that the National Party got badly mauled in that election, for the first time receiving less than 50% of the total white vote; and given the fundamental changes the situation called for, De Klerk was forced to look to the Democratic Party – a party which was established only 155 days before the election! –  for support which is exactly what he did: he lumped together the NP and the DP votes, something no previous National Party leader needed to do, so enabling him to claim in excess of 70% of white voters in favour of reform!

When DA leaders therefore this year look back on their founding party‘s critical role back in 1990, they need to ask themselves how it was possible, given that the PFP only linked up with the Independent Party to create the Democratic Party after it had lost a quarter of its parliamentary seats in the general election of 1987 and, as Tim Hughes who wrote a Masters dissertation on the PFP and its performance in that election, put it: “By 1987 the PFP was in the throes of a deep and possibly terminal existential crisis.”

DA leaders should therefore ask themselves how it was possible for the Democratic Party to turn things around in less than a year; and what in that experience is relevant to the DA today in what is a critical time for it. And this should not be regarded as a simple academic exercise: the DA could find itself in exactly the same position as the Democratic Party 30 years ago, with the ANC or factions of that organisation not winning  50% in a forthcoming election.So here for consideration are some personal observations based on the Democratic Party’s experience.

*On leadership. A general comment. We’d like to note that political party leaders are not chosen or dismissed by commissions of enquiry or so-called party experts.  They are chosen and dismissed by the party membership at regularly scheduled party conclaves. As far as the PFP is concerned, Colin Eglin was held responsible for the PFP’s disastrous 1987 performance and he was therefore replaced by Zach de Beer. And untried as the idea was, the leadership of the new party was to have three leaders with the same formal power – Zach, Wynand Malan and Denis Worrall. And backing them was a strong and prominent second string leadership-tier which included persons like Dene Smuts, David Gant, Jannie Momberg, Jasper Walsh, Ken Andrew, Tiaan van der Merwe, James Selfe, Tony Leon and others because this clearly reflected the will of the new party and its membership as was confirmed by the Democratic Party‘s performance in the 1989 election. The DP had 33 members of parliament and a good many of them were household names. The DA has 89 members and how many are known to the general public? The DP’s leadership from top to bottom, had a vocation and was committed. There were no distractions as there are at present in the DA.  Most obviously a new young leader has difficulty getting his profile across because of a shroud of tweets only some of them promoting the DA from an older leader.

*The main plank in the Democratic Party‘s approach to South Africa’s demography was recognition of the country’s population diversity – its multicultural, multilingual, multireligious, and multiracial nature. The different communities within black South Africa were acknowledged just as white South Africa was seen not to be made up of only Afrikaans and English-speakers but of German, Portuguese, Greek, Italian and others. As a consequence in very quick order reputable voter polls showed the Democratic Party to be the predominant party of choice for all minority groups with over 25% of white Afrikaners supporting it.

*The DP obviously didn’t tolerate racists and racism but as importantly the concept of “non-racialism “ was not part of its political vocabulary. And if you thought about it as a DP you didn’t need to believe in non-racialism, as many prominent DA’s do now for example question the benefit and desirability of black economic empowerment policies and schemes. As I understand from a speech last week by Gwen Ngwenya, the DA‘s very impressive policy chief, this right now is a burning issue within the DA: does it choose to view the South African population as multi-racial or non-racial?

*The DP‘s political ideology was clearly liberal democratic and therefore inclusive of all the main liberal democratic values, but with a qualification introduced by Prof Tony Matthews, the prominent liberal law professor, that: ”The fundamental weakness of liberal thinking has been its basic aversion to pluralism and a deeply ingrained suspicion of the group as a political category.”

*While the DP was obviously committed to universal franchise, as regards the electoral system, had it been a practical choice at that time, the DP would have supported the electoral system proposed by Frederick van Zyl Slabbert. This envisaged a Parliament partly elected on a constituency basis with the balance of representatives elected from political party lists on a proportional representation basis.

*Constitutionally the Democratic Party was committed to federalism – clearly something the DA should focus on now, given a definite and growing increase in regional sentiment across the country and the fact that the DA‘s electoral strength tends to be regionally-based.

*The Democratic Party was extraordinarily energetic. It seemed always to be in election mode. It had the most active of media campaigns. Its public statements were focused and to the point and specifically focused on what it was agreed it should at that moment get across. In fact, at one point FW de Klerk in irritation told reporters: “You would think from the way they conduct themselves they are going to elect the next president!”

A liberal opposition as defined above is absolutely essential to both the working and survival of democracy in South Africa and that torch right now is being carried by the Democratic Alliance. And for all its faux pas and weaknesses it deserves the involvement and support of democratic thinking South Africans…and it deserves that support now.