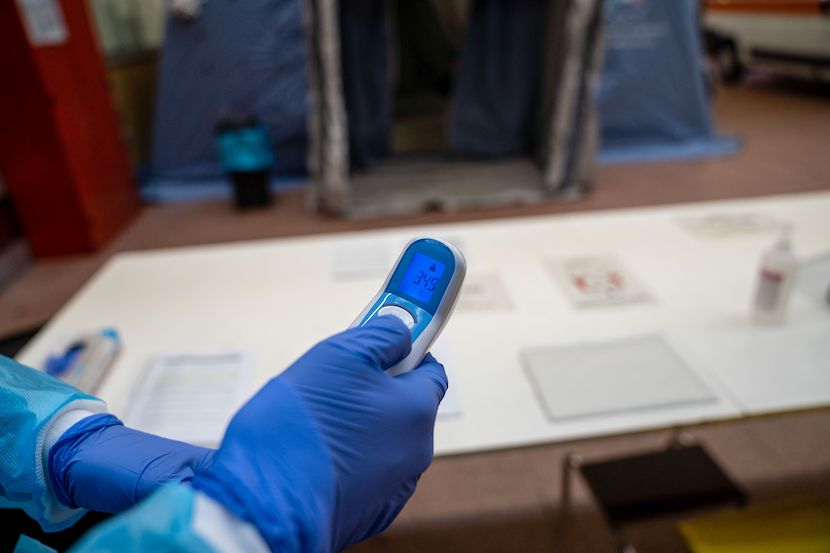 Social media is buzzing as South Africa comes to terms with the fact that a man from KwaZulu-Natal tested positive for the coronavirus with citizens exchanging ideas on how to avoid being exposed. Tips are given out on how to avoid contact with business associates and friends with one medical professional telling a radio audience that we should never have been taught to cough or sneeze behind our hands, but should cough into our elbows. In the UK, where one coronavirus death has occurred, the number of people who have tested positive is close to 100 and authorities are admitting that an epidemic is looking likely. It has become commonplace not to shake hands with business associates in London any more as people greet each other either by touching elbows or a polite nod of the head. Supermarkets have reported panic-buying as people rush to hand soap, toilet rolls, pasta and rice, while pharmacy chains are rationing hand sanitisers. Chuck Stephens from the Desmond Tutu Centre for Leadership warns against scapegoating and harmful transmission in South Africa and says it is time for containment or ‘tough love’, a strategy that worked well in China. For more on how the Chinese authorities handled the outbreak of the coronavirus listen to the interviews publisher Alec Hogg conducted with a South African couple living over there, Andy and Gary Cronje. – Linda van Tilburg

The first strategy is containment. Terms like “lock-down” come to mind. It is enforced seclusion, and a lot easier to enforce in a totalitarian state than in one that enforces “civil liberties”. Call it “tough love”. It seems to have worked in China, curbing the spread of the coronavirus.

The second strategy is “mitigation”. A term that is easier to understand is “social distancing”. That’s a much nicer word than “quarantine”. This is why they used to send lepers away, to designated locations. Don’t think of it as isolation or loneliness, but as a protective precaution. Look on it as solitude. Not 40 days in the desert, only 14 days. Do your best to observe self-quarantine scrupulously.

Face masks are a good visualisation of what is going on. They will not protect you from catching the virus from someone else. Their value is in protecting the other people around – when the wearer coughs or sneezes. Then there is an element of protection, but not of the wearer. Of others.

Protect yourself by washing your hands – often. Preferably with disinfectant soap. Also wipe off your cellphone and your keyboard regularly. For they are in constant touch with your fingertips.

Instead of shaking hands, which can be hazardous to your health, touch toes with other people. It’s a kind of soccer greeting.

Speaking of which two behaviours have to be red-carded. They always seem to emerge when pestilences are life-threatening.

The first red card is for scapegoating. We already hear of the derision of Chinese people among us. The Jews were blamed by many for the outbreak of the Great Plague. They were accused of poisoning wells. And during the Spanish flu epidemic, it was derisively called “the French disease” by the Italians and “the Italian disease” by the French. You get the picture.

This even happened during the Listeriosis outbreak in South Africa in 2017. Various conspiracy theories emerged from that episode about who was to blame.

No one is sure where the Spanish flu originated. Some think that is was an experiment in biological warfare the scientists failed to control, on its way to deployment on the front.

The second red-card is for harmful transmission. Yes just like a knife that is useful in the kitchen can suddenly serve as a lethal weapon, so also with pestilence. Remember that the Bubonic plague originated in Mongolia. It was carried across Asia with Mongol soldiers, somehow. As Mongol soldiers started dying, Janibeg started catapulting them over the city walls of Jaffa. Sure enough, those under siege inside the city wall started dying. So being the major port of the Grain Trade at that time, on the Black Sea, people escaped on ships – that sailed into European harbours. Thus came the Black Death to Europe too.

It turns out that it was not the people who transmitted it, nor the rats that infested their ships full of grain, not even the fleas on the rats. It was a small bacterium that the fleas carry quite naturally. This bacterium was not identified until 1894, in another outbreak – in China – of this dreaded pestilence. It was a Russian scientist working for the Pasteur Institute who finally identified the bacterium. He had the dubious honour of having had it named after him. Five hundred years after this pestilence decimated Europe. But I digress.

In Africa, there have been plenty of cases of “HIV-endangerment”. That is, of either intentional or reckless (but certainly harmful) transmission. This perverse practice has been outlawed in many African countries, as one of various Prevention strategies. It has been successfully prosecuted as well in a number of countries. But in South Africa, this crime has been all but ignored by the hapless NPA.

Who can doubt that the coronavirus may have been spread “harmfully” into some of the zones where it is now rampant?  Whether that was intentionally like Janibeg the Mongol or just “recklessly” like a woman who fails to alert a man that she is sero-positive, in the context of a “honey trap”. Both are crimes. But Shawn the Sheep’s booby-trap was to stack the NPA with a captured and/or incompetent cadre of state prosecutors.

In the SONA, the President promised 800 new investigators and almost 300 new prosecutors. God forbid that cadre deployment once again dilutes and debilitates a once-reputable entity. Our hope is that the NPA might be restored to its once and future Quality of service. And not a moment too soon, lest the coronavirus be criminally deployed to shorten people’s lives – as the HIV virus was.

*This article has been updated to erase any reference that Covid-19 may have its origins in bio-warfare, a rumour that was spread following the death of world-renown Canadian researcher Frank Plummer in Nairobi. AFP Factcheck has found the claim by several websites and social media users that the new coronavirus discovered in the city of Wuhan may have been created in Canada and stolen by Chinese spies as false. Canadian health and federal police officials say it has no factual basis, and experts say evidence indicates the virus has a natural origin.